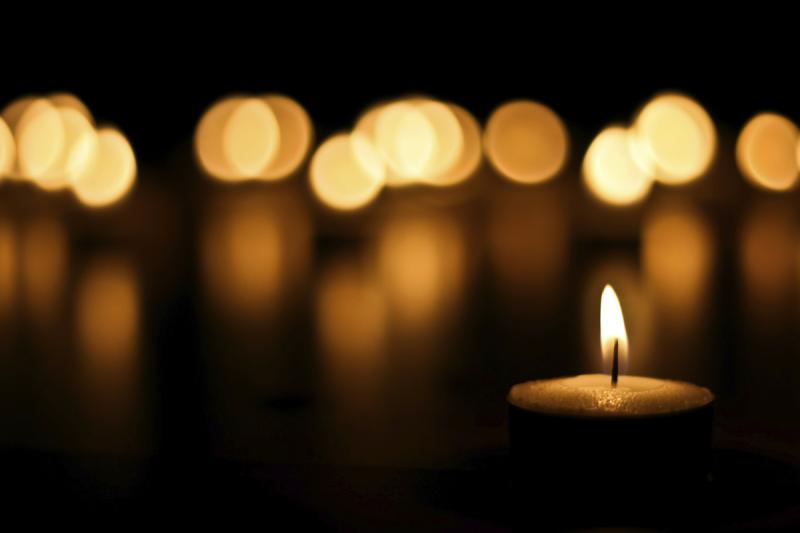 His remains are reposing at his residence from tomorrow, Tuesday, September 14 at 6pm.

Funeral service on Wednesday, September 15 in St Ninian’s Parish Church, Convoy at 2pm with burial afterwards in the family plot in the adjoining churchyard.

Wake, funeral and burial are strictly private to family and close friends only with a limit of 50 people in the church.

Funeral service will be streamed live on the Craig’s Media Facebook Page: www.fb.me/rvhnorthwest

The peaceful death has taken place of Margaret Mulhern of Curransport, Gweedore. Predeceased by her husband Neil and daughter Grace Ann. Survived by her son James, son in law Neil, grandchildren Kieran and Oisín, sister Rose and brother Mickey and a large circle of family and friends.

Her remains are reposing at her late residence. Funeral from there on Wednesday, September 15 for 11am Requiem Mass in St Colmcille Church, Knockfola with burial afterwards in the adjacent cemetery. Rosary both nights at 9pm. Mass can be viewed live on Teach Pobail Cholmcille Facebook page. Due to government and Hse restrictions regarding public gathering the wake and funeral will be private to family only.

Remains will repose at the residence of her daughter, Donna and Brian Devine, Kilpheak, Newmills, Letterkenny from 6pm Monday, September 13.

The house is private to family and close friends only please.

Requiem Mass on Wednesday at 11am in St Columba’s Church, Kilmacrennan, with burial afterwards in St Joseph’s Cemetery, Rathmullan.

Funeral Mass can be viewed live on the Kilmacrennan Parish Facebook Page.

Louise’s remains will be reposing at her late residence from 6pm on Monday, September 13. Family, close friends and neighbours welcome.

Funeral from there on Wednesday, September 15 at 10.30am going to St Eunan’s Cathedral Letterkenny, via Upper Ard O'Donnell, for 11am Requiem Mass with interment afterwards in Conwal Cemetery.

Mass can be viewed live on www.churchservices.tv/letterkenny.

Cremation in Lakelands Crematorium, Cavan at 2pm on Tuesday.

Funeral leaving his late residence on Wednesday, September 15 at 10.30am for Requiem Mass at 11am in the Church of Mary Immaculate, Stranorlar.

In compliance with current HSE and Government restrictions the house and funeral will be private to family and friends only.

The death has occurred of Raymond Burke, late of Brookdale, Coxtown, Carrigans.

Remains are reposing at his late residence from 7pm this evening, Sunday. Due to the ongoing pandemic the wake is for family and friends only.

Funeral from his late residence on Tuesday, September 14, leaving at 11.30am for 1pm Requiem Mass in St Joseph’s Church, Craigbane, Claudy.

Predeceased by her husband Mattie. Dearly loved mother of Jennifer (Michael) and Gerard. Adored grandmother of Jason and Niamh.Great-grandmother to Amy, Wesley and Hazel. Sadly missed by her loving family daughter in law Katie, nephews, nieces, relatives and friends.

Reposing at the Nazareth House Chapel, Church Hill, Sligo from 7pm to 8pm on Monday, September 13. Removal from her home at Cedar Drive Sligo at 11am Tuesday to the Cathedral of the Immaculate Conception, Sligo for Mass of Christian Burial at 11.30am. Burial to follow in Rossespoint Cemetery. House strictly private please. Covid-19 restrictions apply, social distancing and mask-wearing be adhered to at all times please. Funeral Mass can be viewed live on https://sligocathedral.ie/live-feed-from-cathedral/. Enquiries to Seamus Feehily and Son Funeral Directors, Upper John Street, Sligo on 0719171117.