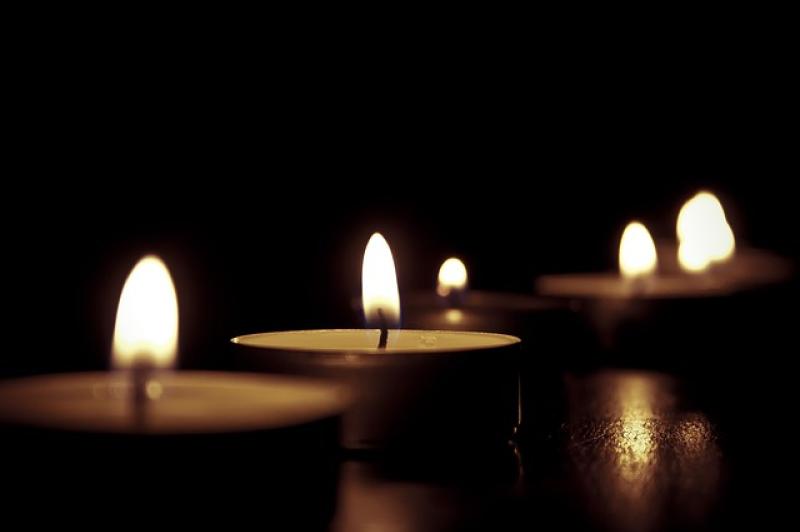 The death has occurred of Jimmy Campbell, Banganboy, Glenties.

Removal from Shovlin's Funeral Home, Sandfield Ardara on Monday, January 24 at 4.30pm going to his residence. Travelling via Glenties at 5pm. Removal from his residence on Wednesday morning January 26 at 11.30am going to The Church of the Holy Family, Edeninfagh for requiem Mass at 12 noon with burial afterwards in the adjoining cemetery.

Funeral Mass can be viewed live on https://www.facebook.com/churchstreams/.

A one-way system in operation during the wake. Enter from the Dry Arch Strabouí, with exit at the Glen Tavern (Dinny's).

The death has occurred at Larissa Lodge Nursing Home of Ellen Doherty, Crieve, Letterkenny. Beloved wife of the late James, who passed away in February 2021. Much loved mother of Anna, Eileen, Maureen, Caitríona, Dana and Breandán. Predeceased by her sons Shaun (1992) and Jimmy (2016) and by her brother Danny Devine. Dearly missed by her daughters, son, 19 grandchildren and three great-grandchildren.

Her remains will repose at her home at Crieve from 7pm on Saturday, January 22. Family, close friends and neighbours welcome.

The funeral cortège will leave her home at 12.20pm on Monday, January 24 travelling to St Eunan's Cathedral for Requiem Mass at 1pm.

Interment afterwards in Leck Cemetery. The Requiem Mass will be streamed live via the Parish Webcam at https://www.church services.tv/letterkenny.

The death has occurred at Letterkenny University Hospital of Mary McLaughlin, Termon, Dungloe.

Her remains are reposing at her late residence. Rosary on Saturday and Sunday at 8pm.

House strictly private on the morning of the funeral.

The death has taken place at her home of Jean Boyce, Carnagarve, Moville.

Funeral from there on Monday at 10.30am for 11am Mass in St Pius X Church, Moville followed by burial in Ballybrack Cemetery.

Jean’s funeral mass can be viewed live at: www.movilleparish.com.

Ann’s remains will be reposing at her late residence from 3pm on Saturday, January 22. House strictly private please. Removal from there on Sunday, January 23 at 4.30pm, arriving at St Eunan’s Cathedral at 5pm, to repose overnight. Requiem Mass there on Monday, January 24 at 11am which can be viewed on www.churchservices.tv/letterkenny.

John's remains will repose in The Oratory of Our Lady of Fatima in Glenfin Parish Church from 6pm until 8pm on  Monday, January 24, with rosary at 8 pm. Funeral Mass on Tuesday at 11am with burial afterwards in Edeninfagh Cemetery, travelling via Kilraine and Reelin Bridge.

The Funeral Mass can be viewed on https://www.mcnmedia.tv/cameras/our-lady-of-perpetual-succour-glenfinn

Please adhere to Government guidelines regarding social distancing and handshaking.

Reposing at his home on Monday, January 24 from 2pm to 4pm for family, close friends and neighbours.

Removal from his home on Tuesday morning to St Aiden’s Church, Kinlough to arrive for funeral Mass at 11am, followed by cremation in Lakelands Crematorium, Cavan.