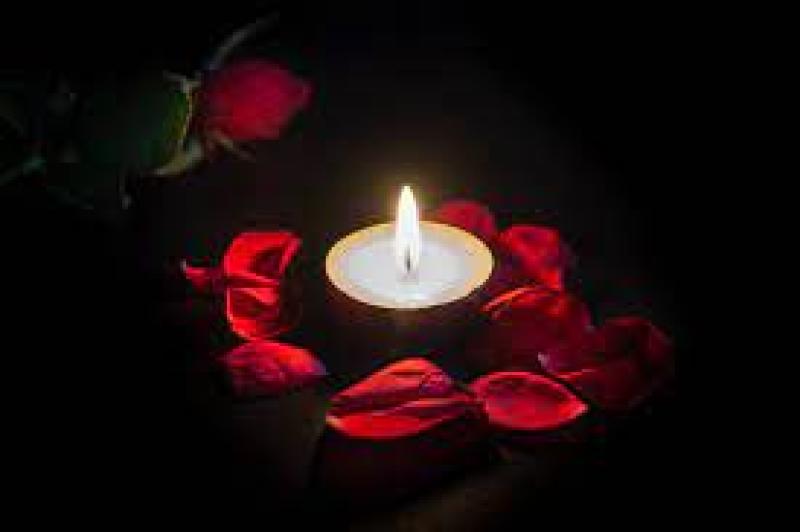 The death has occurred of Peter Vermeer, Ballyara, Killybegs and formerly the Netherlands.

Remains reposing at his late residence strictly for family only.

Removal on Tuesday, June 28, to Lakelands Crematorium Cavan for 4pm.

The death has taken place at her home of Kathleen Logan, Urblereagh, Malin Head. Beloved wife of Raymond and much-loved mother of Jennifer, Lorraine and William.

Removal from Kelly’s Funeral Premises, Carndonagh at 6pm going to her home.

Funeral leaving her home on Tuesday at 11:30am to St Mary’s Church, Lagg, Malin for Requiem Mass at 12 noon.

Donations in lieu of flowers if desired to the Donegal Hospice.

The death has occurred of John Gallagher, Ranakilla, Teelin, peacefully, at Letterkenny University Hospital surrounded by his loving family.

Removal from the Eternal Light Chapel of Rest, Mountain Top, Letterkenny this evening to  arrive at his late residence at 7pm.

Remains reposing at his late residence from 12pm to 7pm today, Monday, with house private at all other times.

Removal from his late residence on Tuesday morning for 1pm Funeral Mass in St Columba's Church, Carrick with burial afterwards in the adjoining cemetery.

The Gallagher family would like to thank you for your help and understanding at this difficult time.

The death has occurred of Tom Shaw, Meenabrock, Bruckless at Sligo University Hospital, surrounded by his loving family.

Predeceased by his parents David and Bella and his Sister May. Tom will be sadly missed by his wife Bernie, his daughters, Elaine, Colette, and Claire, his sons, Derek, Stephen and Ronan, his sons in law, Jody and Stephen, daughters in law, Catherine, Emma and Susan and his 11 adoring grandchildren, his brother Joe, his extended relatives, neighbours and friends.

Remains reposing at his residence.

His remains will repose at the family home in Hartstown, Dublin 15 on Monday evening from 6pm to 8pm.

Removal on Tuesday morning to the Church of the Assumption, Jordanstown, Enfield, County Meath arriving for Funeral Mass at 11am followed by burial in the adjoining cemetery. Mass can be viewed on https://mcnmedia.tv/camera/church-of-assumption

Please continue to respect and follow Public Health advice, to ensure the safety of all, at the residence, church and cemetery.

Remains reposing at her late residence and leaving her home on Tuesday, June 28, at 10.30am for Requiem Mass in the Church of Mary Immaculate, Stranorlar, at 11am. Interment afterwards in Stranorlar Cemetery. The Requiem Mass will be streamed live via the Parish Webcam at https://www.churchservices.tv/stranorlar.

Family time from 10pm until 11am and on the morning of the funeral.

His remains are reposing at the family home today, Monday, from 12 noon to 4pm.

Removal to St Mary's Church, Killymard, on Monday evening to arrive for 7pm. House private for removal, family only please.

Funeral Mass on Tuesday morning at 11am with burial afterwards in the adjoining cemetery.

Covid guidelines to be adhered to at all times.

Remains reposing at his on Monday, June 27, from 5pm-10pm. Funeral leaving his residence at 10.30pm on Wednesday June 30 for Requiem Mass at 11am in St Mary’s Church Stranorlar with interment afterwards in Drumboe Cemetery. The Requiem Mass will be streamed live via the Parish Webcam at https://www.churchservices.tv/stranorlar.

Donations in lieu of flowers, if so desired, to the Donegal Hospice, care of any family member. Family, neighbours and close friends are welcome. Family time from 10pm until 11am and on the morning of the funeral, please.

The death has taken place in the Donegal Hospice of Lorna Doherty Main Street, Dungloe.

Her remains are reposing at her parents home on Main Street. House is strictly private, please.

Family flowers only please with donations in lieu if desired to the Donegal Hospice.

The death has occurred peacefully at her home of Mary Gillespie, Carrick Road, Kilcar.

Wife of the late Dan Gillespie, dear mother of Justin, Nula, Christy, Anna, Una and Geraldine and sister of Anna, Nóra and Mairéad. She will be sadly missed by her sons, daughters, sisters, grandchildren, sons-in-law, daughters-in-law, relatives and friends.

Her remains are reposing at her home until after night prayers at 10pm.

Removal from her home Monday at 11.30am for Funeral Mass in St Cartha's Church, Kilcar, at 12 noon. Interment will take place afterwards in Kilcar Cemetery. House private morning of the funeral, please.

The unexpected but peaceful death has occurred of Peter Kelly ''Glenfin'' Walterstown, Cobh, Cork, Ballybofey and late of Irish Tugs surrounded by his loving family at Cobh Community Hospital.

Reception into St Colman's Cathedral on Monday at 10.30am for 11am Requiem Mass followed by burial in St Colman’s Cemetery

Requiem Mass will be livestreamed on www.cobhcathedralparish.ie

Removal from her late residence on Monday morning at 10.20am for Mass of the Resurrection at Church of Mary Immaculate, Stranorlar for 11am, burial afterwards in Drumboe Cemetery, Stranorlar.

Family flowers only, donations in lieu if so desired in memory of Isabel to Patients Comfort Fund, St Joseph’s Hospital, c/o Martin McGowan at McGowan’s Funeral Home, Stranorlar, or any family member.

The death has occurred of Hugh Bonner, Gargunnock, Stirlingshire, Scotland and formerly of The Diamond, Lifford.

Husband of the late Violet. Dearly loved father of Martin, Emeline, the late Morris and father-in-law to Gerard.

Funeral Mass will take place on Tuesday at 11.30am in St Mary’s Church, Sterling with burial immediately afterwards in Gargunnock Cemetery.

Funeral Mass can be viewed live on the Youtube channel Stmarysrcchurchsterling.

Funeral Mass will take place in Lady of Lourdes parish in Glasgow on Thursday, June 30, at 10am.