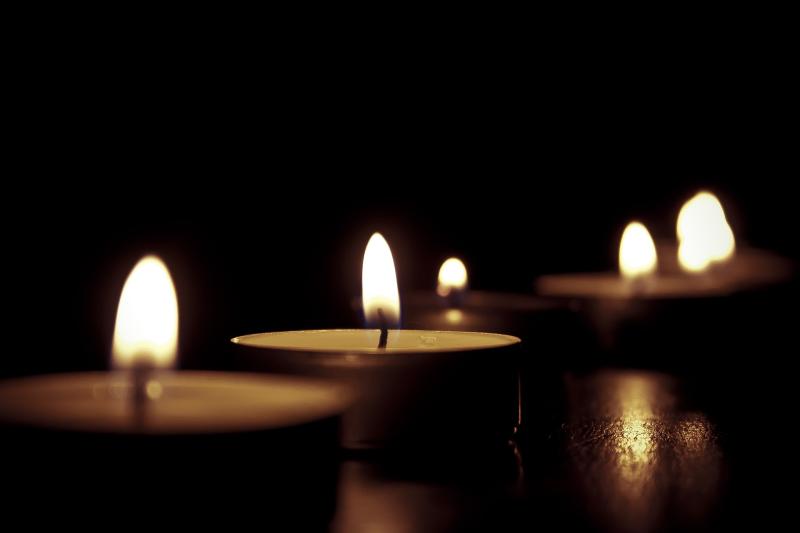 The peaceful death has taken place at his home of Christopher Mc Fadden, Magheroarty, Gortahork.

His remains are reposing at his late residence with rosary nightly at 8pm.

Funeral Mass in Christ the King Church, Gortahork, on Tuesday, September 13 at 11am with internment afterwards in the adjacent cemetery.

Family flowers only. Donations in lieu to Donegal Hospice c/o any family member.

Wake is private to family, neighbours & friends please. Family time after rosary and on the morning of the funeral.

Deeply regretted and sadly missed by the entire family circle and friends.

Funeral requiem Mass on Tuesday, September 13 at 11am in the Sacred Heart Church, Muff.

Followed by burial in the adjoining graveyard.

John's funeral mass can be viewed live on www.iskaheenparish.com. House private at the request of the deceased.

The death has occurred of Margaret Gaffney (née McGonagle), Leixlip, Kildare and formerly of Kincasslagh and Owey Island, Co Donegal.
Beloved wife of Patrick (Paddy) and dear mother of Colm, Caroline, Louise, Peter and Kevin. Pre-deceased by her loving parents James and Peggy and her sister Grace.
Sadly missed by her loving husband, sons, daughters, grandchildren Sarah, Sophie, Ben, Annabelle, Emily Rose, Amelia, Bobby, Jamie and Elliott, son-in-law Colin, daughters-in-law Naomi, Bee and Helen, brothers James and John, sister Mary, brothers-in-law, sisters-in-law, nephews, nieces, relatives and friends.
Reposing at her home in Leixlip on Saturday, September 10 from 5pm until 7pm. Removal from her home in Leixlip on Sunday morning, September 11 at 10am travelling to her family home at Gortnasade, Kincasslagh. Reposing there on Sunday evening from 5pm until 7pm. Removal on Monday morning, September 12, to St Mary’s Church, Kincasslagh arriving for Requiem Mass at 11am followed by burial in Cruit cemetery.

Margaret’s Funeral Mass may be viewed online on the Kincasslagh Parish Facebook page.

The death has taken place of Patsy McDermott, Bredagh Glen, Moville. Reposing at his home.

Funeral from there on Monday at 10.30am for 11am requiem Mass in St Columba’s, Church, Ballinacrea.

Followed by burial in the adjoining graveyard. Family time please from 11pm to 11am.

Family flowers only, donations in lieu of flowers, to the Donegal Alzheimer’s Society c/o any family member.

His remains will be received on Sunday, September 11 at The Franciscan Friary, Rossnowlagh, Co. Donegal F94 PH21 for evening prayers at 5pm. Reposing after 10am Mass on Monday to 6.30pm. Removal from The Franciscan Friary on Tuesday morning September 13 at 8am to arrive in Multyfarnham Friary, Westmeath, N91 X279 for 12pm funeral Mass with burial afterwards in the Franciscan Cemetery.