Brendan Boyce aiming for podium finish at a major championship 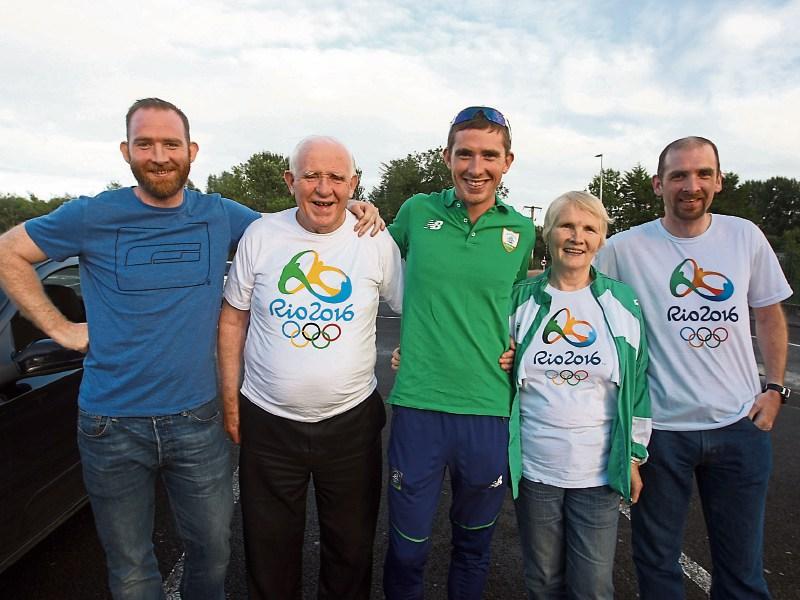 Donegal Olympian, Brendan Boyce, has pledged to do everything he can to win a medal in a major championship.

Speaking at a reception in Milford last night, the Letterkenny AC man, who finished 19th in the 50K walk in Rio, thanked the local community for their help and support down the years. He also thanked his parents, Mandy and Margaret, for doing everything they could to help him live his dream, wear the green vest of Ireland and become an Olympian.

"The next time I'm here, I hope to have some silverware to show of," Brendan commented.

Representatives from all sporting groups in the Milford area commended Brendan on his performance in his second Olympics - he also competed in London in 2012 here he finished 26th.

Irish athletics team manager in Rio, Pasty McGonagle, said he was extremely proud of how Brendan performed, and described him as "a vital part of a young and exciting Irish team".

Pasty also spoke about the huge efforts Brendan had made in preparing for Rio and stressed the importance of Brendan being recognised among his own people in his own locality.

MC for the evening was James Gibbons of Milford AC, who told the large gathering that since Brendan competed in the London Olympics four years ago, he had walked in the region of 28,000 kilometres.

Pictured above - Irish Olympic walker Brendan Boyce from Milford pictured at his homecoming from Rio with his parents Manus and Margaret and his brothers Brian and Manus. Photo Thomas Gallagher INDD 050916 Brendan Boyce TG1