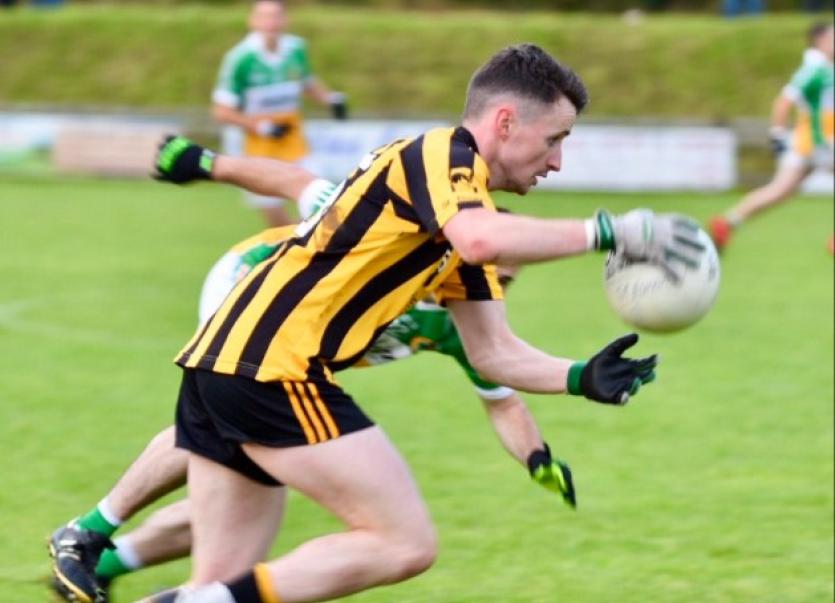 St Eunan’s bounced back from last week’s away defeat in Kilcar, with a four point win over battling St Michael’s, in O’Donnell Park.

After dominating the tie for most of the 60 plus minutes it took an injury time goal from second half replacement Jamie Doherty to finally nail down the win and two league points for St Eunan's.

The winners led by a point, 0-5 to 0-4, at the end of a low key first half. A young and experimental St Eunan’s had stretched that lead out to seven points by the three quarter mark.

But a spirited St Michael’s revival powered by  Colm McFadden, Christy Toye and Ciaran Gallagher saw the men from the Bridge hit six unanswered points in the closing ten minutes to cut the lead to one with the clock ticking.

St Eunan’s mentor Brendan Kilcoyne was shown a red card just after half-time after an exchange of words with the referee.

Conor Gibbons with two quick points in the space of a minute finally got St Eunan’s up and running.

And they added two more in the early minutes of the second quarter courtesy of Rory Kavanagh and Darragh Mulgrew, to go one in front, 0-4 to 0-3, by the 18 minute mark.

Colm McFadden from a free hit St Michael’s fourth to level it once more six minutes from the break.

But thanks to a well taken Niall Hannigan strike, the locals went in one up, 0-5 to 0-4 at half-time.

St Eunan’s coach trainer Richard Thornton was ordered to stand by referee Michael McShane for shouting at the official.

St Eunan’s were really on top in the third quarter with Rory Kavanagh, Lee McMonagle, Conor Gibbons (2),Conall Dunne and Sean Falvey raising white flags to lead 0-12 to 0-5, with a little over 13 minutes remaining.

And then the St Michael’s comeback before, Doherty finished off a brilliant move and a double one-two between Rory Kavanagh and Ross Wherity, with a simple tap home goal from five metres.