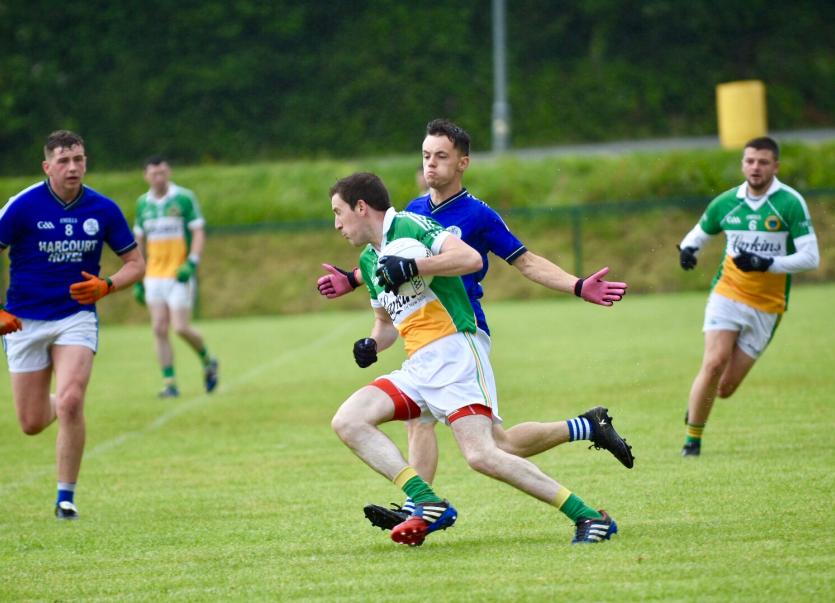 Joe Gibbons on the ball for Glenswilly. Picture Geraldine Diver

Marley struck for the equaliser in the dying seconds and just when  Naomh Conaill were heading home with two precious league points.

Glenswilly played with the wind and dominated the opening half hour and deservedly led by six points, 0-9 to 0-3, at half-time.

Gary Copper McFadden, Joe Gibbons and Caolan Kelly  scored the points for the locals who were reduced to 14 on 22 minutes, when Oisin Crawford was shown a straight red card.

Crawford received his marching orders for an off the ball challenge on Eoghan McGettigan.

John O'Malley scored two and Leon Thompson one of the Naomh Conaill points, in a half that Naomh Conaill enjoyed a good deal of possession but struggled to break down a well marshalled home rearguard.

Glenswilly extended their lead out to seven points on the resumption and they were still four up even though Eoghan McGettigan got in for a Naomh Conaill goal, by the end of the third quarter.

Amazingly the locals did not score again until Marley got the flick for the goal that tied up the contest.

Naomh Conaill dominated the final quarter and thanks to points from Dermot 'Brick' Molloy, Eunan Doherty, Kevin McGettigan and Ultan Doherty they had had pulled three clear with the clock ticking.

And the men in blue and white seemed to have done enough until that last minute lobbed free into a crowded goalmouth by Caolan McFadden and flicked to the net by Marley for a share of the points.