The funeral of Joey Murrin takes place in Killybegs 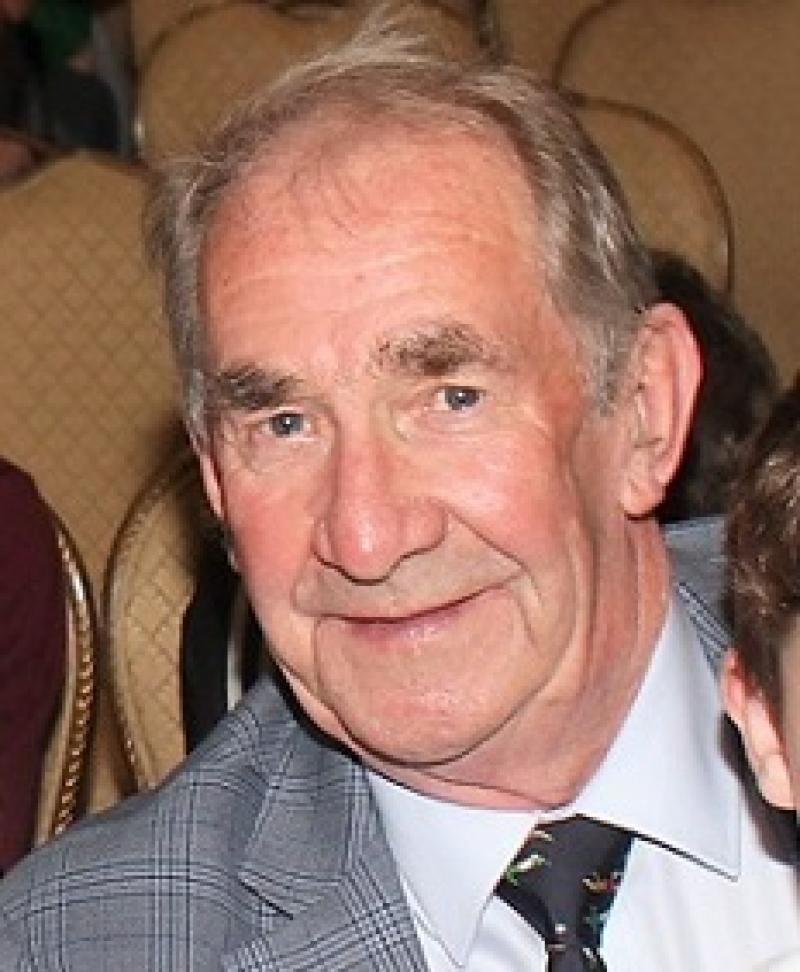 The funeral will take place in his home town of Killybegs this morning of Joey Murrin.
Mr. Murrin spent almost three decades serving in Irish and international fishing politics before he retired in 2000 as chief executive of the Killybegs Fishermen’s Organisation (KFO).
News of his death at the weekend was met by deep sadness and prompted many tributes.
Minister for Agriculture, Food and the Marine, Michael Creed T.D. led the tributes.
“Joey helped to steer and develop the Irish Fishing Industry in the early years of EU membership and played no small part in ensuring the development of the modern fishing industry,” the Minister said.

One of one of the country’s most respected and successful fishing industry leaders, Mr. Murrin of Chapel Lane, Killybegs, died at the weekend.
He retired in 2000 as chief executive of the Killybegs Fishermen’s Organisation having spent almost three decades serving in Irish and international fishing politics.
News of his passing has been met by deep sadness in Killybegs and indeed across Donegal and the north west.
Having worked as a deckhand on various boats for some 20 years, from 1954 to 1974, Mr. Murrin became chairman of the Killybegs Fishermen’s Association in 1973. He had been secretary since 1958.

Chairman of the KFO

The following year, 1974, he was voted chairman of the Irish Fishermen's Organisation and served for five years.
In 1979, he left to set up the Killybegs Fishermen's Organisation as a producers' body and was also nominated to his first of several terms as director of Bord Iascaigh Mhara.
It was in 1986 that he was appointed chairman of BIM by Taoiseach Garret FitzGerald.
The Taoiseach also encouraged him to stand for Fine Gael as a candidate in the European elections in Connacht-Ulster.
Although Mr. Murrin was unsuccessful in that election, his influence in fishing negotiations continued to grow.
From 1995, he served again as director of BIM. On completion of that three-year term in 1998, he was appointed to the board of the Marine Institute.
"The fishing industry has gone through massive changes since I first went to sea in 1954," Mr Murrin told a special KFO luncheon held to mark his retirement back in 2000.
"From the simple hunting operation it was at that time, it has developed into a high-tech, high investment business, with vessels navigated by satellite and fish located and caught using systems undreamed of half a century ago."

22 years
After 22 years as chief executive in the Killybegs Fishermen's Organisation and more than three decades serving at national and international level in fishing politics, Mr Murrin believed it was time to go.
He had made his intentions clear several months earlier at the Killybegs group's annual general meeting, and such was his dedication to his role, he also promised that he wouldn't quit until a replacement had been found.
He eventually stepped down on September 30st that year, but still made himself available for the crucial December fisheries negotiations in Brussels.

Pat 'the cope' Gallagher: "Joey Murrin was a true pioneer of our time'

Deputy Pat the Cope Gallagher, Leas Cheann Comhairle, expressed his deep personal sadness on the passing of Joey Murrin, former Chief Executive of the Killybegs Fishermen’s Organisation.
“I have known Joey all my adult life from the first time I went to Killybegs to work within the fish processing sector,” Deputy Gallagher said.
“At that time Joey worked on the San Paulin, a boat belonging to the late Tommy Watson. Joey was an exceptional person, who used his talents, attributes and gifts extremely well for the direct benefit of others and the causes he was engaged in.
“He was forever the champion of the fishing sector, always seeking to better the sector and improve the conditions of the fishermen.
“He devoted his entire life to fisheries and improving the living standards in coastal communities. Joey was forever committed and dedicated to those causes during his lifetime.”
Deputy Gallagher said Mr. Murrin played a central role in the development and expansion of the fisheries and the entire Marine sector within this country.
“In his lifetime involvement within the fishing industry and broader fishing community he witnessed many changes to that sector,” he said.
“He always managed change seeking to see the positives in it and to maximise the potential from the ever changing circumstances which the fishing industry has become in an European context.
“During his term at the helm of the KFO Joey worked with 15 different Marine Ministers from various Governments. But Joey, being the consummate professional, worked effectively with each of them, holding them to account for the development of the fishing sector and working with them to progress the potential of coastal communities.”
Deputy Gallagher added: “On a personal level, Joey was a true and loyal friend and a trusted confidante, someone who you could always go to for advice or guidance.
“During my time as Minister for the Marine Joey was a frequent and constant advocate for Killybegs and the broader fishing community. Many of these occasions were for individuals as well as the broader sector - Joey always had his finger on the pulse.
“To his wife Betty, his sons Malachy, Joseph, Alan and his daughters Elish , Edel, his grandchildren and wider family circle, I express my profound sympathies. You have lost a dear husband, an excellent father and an unequaled grandfather.”

The CEO of the Killybegs Fishermen’s Organisation has paid tribute to his predecessor describing the late Joey Murrin as a man who had an innate and forensic knowledge of the fishing industry.
Expressing deepest sympathy on the part of the KFO, Seán O’Donoghue said Joey Murrin was a giant of the Irish fisheries sector.
“He was a founding member of the KFO and before that with the Killybegs Fishermen’s Association, served as CEO of the KFO for more than 22 years,” he said.
“In that time, he left a very healthy legacy in fighting the corner of the sector on a local, regional, national and European platform using every opportunity to improve the lot of his members and the wider industry.”
He added: “His passing leaves a great void but he can genuinely be proud of what he achieved.”

Minister for Agriculture, Food and the Marine, Michael Creed T.D. said he was saddened to hear of the passing of Joey Murrin, the iconic leader of the Irish Fishing Industry for over three decades.
“Joey became the fishermen's champion, known throughout the country and widely in Europe,” Minister Creed said.
“He very effectively fought for fishermen's causes throughout the 70's, 80's and 90's and many in the industry today owe much to the work that Joey carried out on their behalf ".
The Minister added "Joey's very warm and distinctive voice on Irish radio, arguing the fishermen's cause, became part of the soundtrack of people's lives over many years and raised the profile of his industry inestimably.”