City fans do their bit for charity 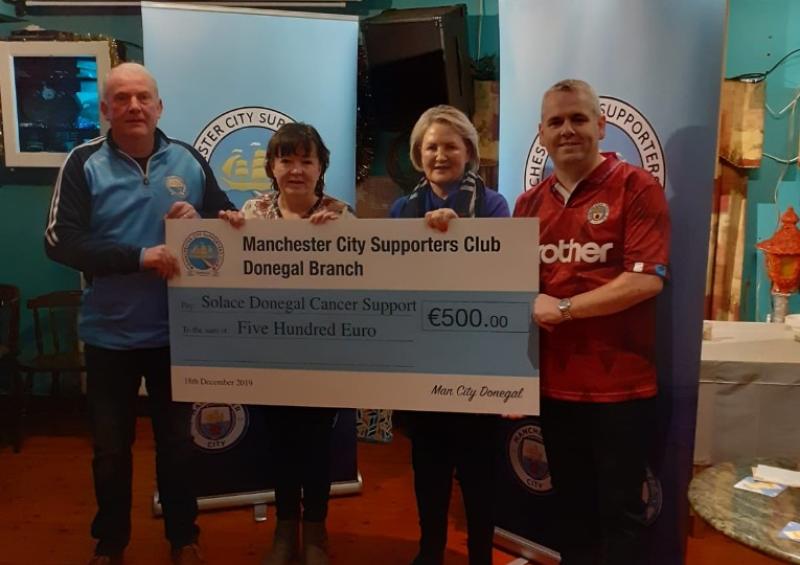 Members of the Donegal branch of the Manchester City Supporters Club rounded off another busy year by making presentations to three local charities this week.

Each of the three charities were presented with cheques for €500 by club members on Wednesday evening.

The three charities, which were nominated by branch members, were Cunamh Twin Towns, ICARE and Solace Donegal Cancer Support.  Representatives of each of the charities met up with the Donegal Branch of the City Supporters Club on Wednesday to receive their cheques.

Chairman Derek Stewart said: “Each year our Supporters Club runs a Last Man Standing competition and we have used this year’s profits to split among the three charities.  Our members are more than delighted to support the three organisations.”

Solace Donegal Cancer Support Centre is based in Donegal town and offers help and support for people with cancer and their families. 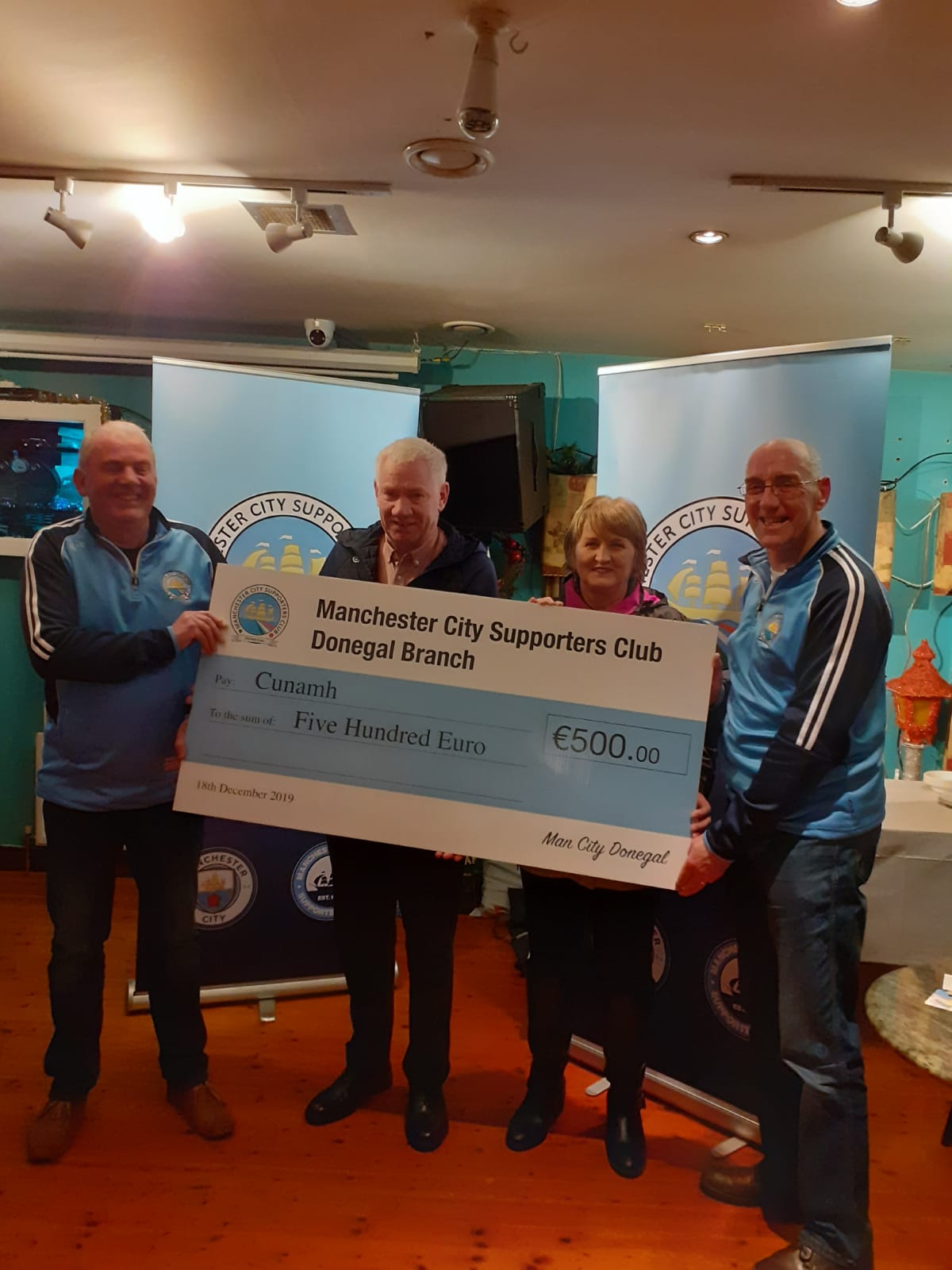 ICARE, based in Inishowen, is a local group who help to improve the quality of life of individuals with autism and their families throughout their lives.

Cunamh Twin Towns is a charity based in Twin Towns of Ballybofey and Stranorlar that helps people with extreme emergencies.

The Donegal Branch of the City Supporters Club celebrated their 10th anniversary earlier this year.  Over the 10 years, the club have supported charities and organisations with over €8,000 in contributions. 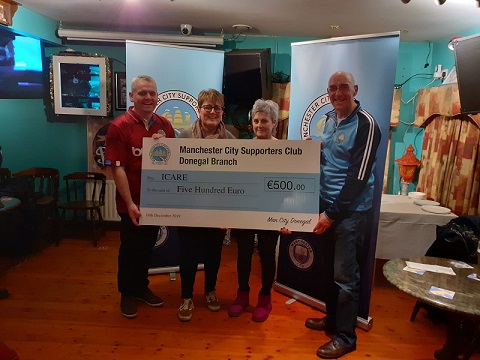 The club have also supported the county’s only senior club, Finn Harps, in terms of match sponsorship and player sponsorship over the past decade. The club was also joint sponsors of the Finn Harps v Shamrock Rovers game at Finn Park last March with the Donegal Branch of the Liverpool Supporters Club.