It Occurs to Me with Frank Galligan 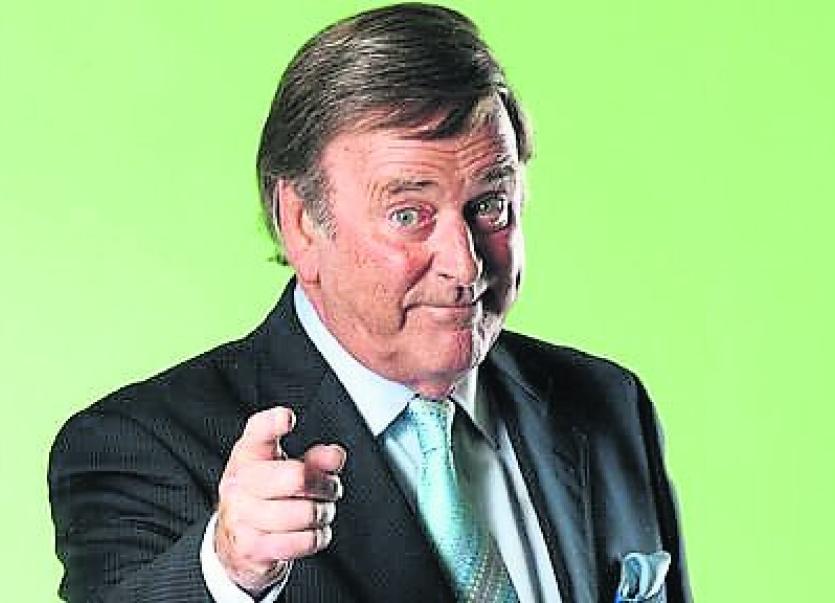 As always Frank Galligan offers a tongue-in-cheek view of the world in his column, last week he gave us a great laugh with his comments and wraps up the year with part two of the same here:

Terry Wogan once said of the Eurovision...“All I've gained by watching it over the years is a numbing of the prefrontal lobes.” One of his many famous quotes was when he dubbed the two Danish hosts of the 2001 event “Doctor Death and the Tooth Fairy”. When Graham Norton took over the shambles, Wogan advised him: “Don't start to drink before the fifth song. It's a long evening.”
Our song didn’t even make the final...just as well. If the UK managed to come last with 16 votes, we would have been even worse. What I found hilarious this time was the lobby to boycott it because of the Israeli/Palestinian conflict. It should have been boycotted years ago because of the quality of the ‘songs’! All you have to do is dress up like an extra from Star Wars and screech and ponce around the stage. RTÉ should wise up about this debacle...it’s an embarrassment...an acquaintance down the country calls it The Manurovision...he gets my vote.

Mick, Mary, Marie, Ming and Mairead! You couldn’t make it up! Mairead McGuinness is very competent and able...Marie Walsh has to prove that there’s more to European politics than the Rose of Tralee brand...Mick Wallace and Mary Daly are in no position to give out about the witless Brexit Farage lot turning their backs on the European anthem, as they stood like gammies in t-shirts which read “Free Assange, no US extradition”. Mick’s was pink of course...God, I wish he’d get a haircut and a decent shirt. All he and Daly do is prove to fellow Euro MP’s that we’re a clatty lot! As for Ming, not much word of turf cutting since he went to Brussels!

WEE PARIS, SOME DOLL, HI?
The Pig in the Parlour behind the Half-Door where a Leprechaun lives may be Irish cliches that annoy us, but some tourists come seeking that type of ‘Oirishness’ and are disappointed to find that we’re rather a modern outfit. I’ll make an exception for some travellers, especially travel writers, and when I came across one with the exotic name of Paris Donatella Callan, says I...her take will be interesting. And it was..mainly because she looked at the most famous words in our own beloved corner:
“HI:
This one is globally recognized as a form of greeting, shortened from the word “hello”. However, in Donegal, the word “hi” takes on a whole new meaning and boy, it can get confusing.
Essentially, “hi” in Donegal is placed at the beginning and/or the end of a sentence, and means absolutely nothing.
Example: “hi, some fine day out there, hi.”
CAT:
Now, most out-of-towners may come across this word and immediately think of our beloved furry friends, but Donegalers mean something completely different.
Meaning: terrible or awful
Example: “there’s a cat storm coming, hi.”
RARE:
In the rest of the country, the word “rare” would mean something unique, uncommon or exceptional. It is also a way of describing the cooking-style of a piece of meat (i.e. meat which has been cooked for a short time and is still pink or “bloody”). Yet in Donegal, it means some different altogether.
Meaning: strange
Example: “he’s a rare aul boy, hi.”
WANE/WEAN
The first thing that springs to mind on this one is the male name Wayne; however, this isn’t what Donegalers are referring to. Two spellings of this word can be spotted about town, although they share the same meaning, locally.
Meaning: a child, infant or baby
Example: “Will you be bringing the wanes/wains with ya, hi.”
HANDLIN’:
This word is definitely recognisable in the English language, but those who hail from the region of Donegal have a whole other meaning for it. In fact, it means nothing you would imagine. It does not relate to some “handle with care” sticker that accompanies a fragile parcel if that’s what you were thinking.
Meaning: an awful or very bad experience
Example: “last night was some handlin’ I tell ya, hi.”
WILE:
This is not the incorrect spelling of “will” nor is it a local spelling of the name “Will” or “Willie”. Instead, this Donegal word is used to mean something different altogether.
Meaning: very/strongly/a lot (note: this word has negative connotations)
Example: “wile winds blowing last night, hi.”
FOUNDERED:
This word has absolutely nothing to do with the following words: “founder”, “founded”, “founding” or “found”. In fact, it means something different altogether and is commonly used by Donegalers.
Meaning: very cold or bloody freezin’ (as the majority of Irish would put it)
Example: “I was foundered out there lads, hi.”
HEADER:
This does not refer to a football manoeuvre where you bounce the ball off your head. It has absolutely nothing to do with football or sports at all, as matters would have it. This Donegal word is used often to describe someone who is the life of the party.
Meaning: someone who is a lot of fun
Example: “Yer man is some header, hi.”
LOCK:
This word is commonly thrown around in Donegal. Although out-of-towners may consider this word to have some affiliation with a lock (a lock on a door, for example), it, in fact, means something completely different.
Meaning: a quantity of something
Example: “Throw me a lock of them coins there, hi.”
Paris Donatella did very well there I think, except for ‘WILE’ which does not always have negative connotations, as she claims...e.g. Wile nice, wile good, wile warm, wile kind etc.
Anyway, I was wile foundered a few weeks ago...the rain was cat...so says I to mesell, I’d better gather up a lock a pound and take hersell tae the sun or it’ll be a ‘hole handlin’, sir. She’s cat in the coul....a header, hi! I can be rare mesell, mind ye!