Pat McArt: Speaking his mind on the big topics 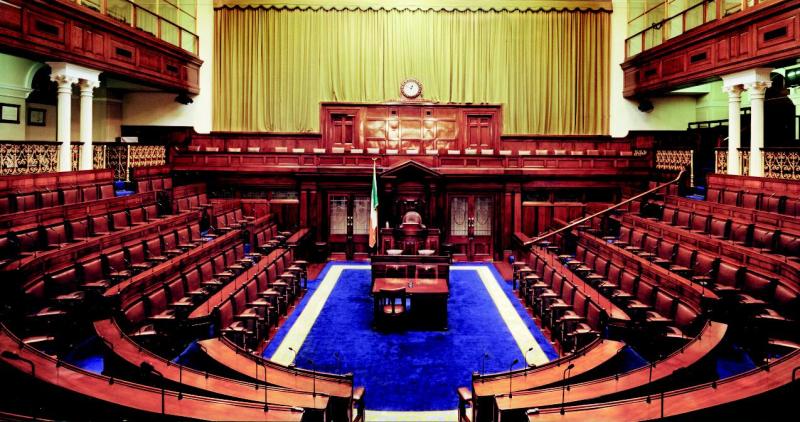 I don’t know about you but I have lost the will to live listening to all these political debates. Bryan Dobson interviews the leaders. Then it’s Pat Kenny turn. RTÉ does a big head-to-head on Prime Time.
And then there’s Matt and Ivan getting in on the act on one of those Virgin channels.
Locally, Greg Hughes and Highland Radio are going at it full tilt. Of course that’s not even mentioning the never ending coverage of who said what, where and when on the news bulletins and in all the newspapers.
Is it ever going to end?
I sort of feel bad about my attitude. I am journalist. I write a column. I have been involved in a number of campaigns over the years.
I am a bit of a nerd when it comes to politics. So I shouldn’t admit this publicly but this time, for whatever reason, I find it boring beyond belief.
If only one person would say something I haven’t heard a thousand times before I would kiss his or her feet.
Last week I met a Sinn Féin guy I know well and he didn’t half go off about the media. The fact that outlets were confining some broadcasts debates to ‘the big two’ parties was, he fumed, ‘a ……. disgrace’.
And the fact that RTÉ had invited Arlene Foster on to the Late Late Show just a week before polling day he saw as ‘the latest attempt’ by the Dublin 4 ideologues to down his party. He might well be right but if I was him I would be careful what he wishes for. Mary Lou McDonald won a couple of debates simply by not being there.
Indeed, I contend if big pharma could manufacture whatever Leo and Micheál have they could make a fortune on a product that helps those with a sleeping disorder.
The latest opinion polls indicate the Shinners are now level with Fianna Fáil with 24%, and ahead of Fine Gael.
So unlike what my friend believes, maybe less is more when it comes to pissing off the voters on television debates.
One conclusion I have come to – this is a personal opinion – is that every time a government minister tells the great unwashed how well the economy is doing they definitely lose voters.
The big guys and those at the top of the economic pyramid might be doing well but the average worker is still losing a lot of wages in taxes and charges, private health insurance is through the roof, car insurance equally so, the cost of living is not decreasing any, and for most people on an average wage it’s a real struggle.
And let’s not even get on to things like those with family members waiting for hospital appointments or those seeing a sick relative lying on a trolley for hours.
So those peddling the good news on how wonderful the economy is doing might need to back off a bit.
Arlene Foster on the Late Late Show was also a case of a politician with all the rehearsed lines sticking to the script. I don’t think there was anything she said I haven’t heard many, many times before – about the IRA’s attempt on her father’s life, how she was on a bus that was blown up, that while being a strong unionist she wants to be a good neighbour etc etc.

Reaction
The only comment that actually got a reaction from the live audience was her comment on same sex marriage which certainly jarred some.
In truth it was a very, very muted piece of television. It could, however, have been very different. Had he gone for an edgier interview Tubridy could have asked why she was appearing on a television show in the Republic on the night Britain exited the EU?
Why was she not over celebrating a massive Brexit victory in Parliament Square in London with all those little Englander Tories, the very people the DUP regarded as their allies until just a few weeks ago?
Or was her appearance on the Republic’s most watched television programme a tacit acknowledgment by the DUP that the tectonic plates on the island of Ireland are changing, that they need to reach out, to show a bit of respect to the nationalist community on both sides of the Border?
Tubridy, when he did ask anything remotely contentious, backed off almost immediately with a soft soap follow up question so we really got answers to nothing.
Anyway, by this time next week we should have a new government.
I am still betting on a combination involving FF and FG be that a coalition or some kind of confidence and supply arrangement.
And those boring debates will disappear for another five years...

I had visions of dancing in the streets all over Britain on Friday night with boozed up union jack waving folk celebrating like it was ‘D Day’ all over again.
Free at last…free at last.
The reality was that almost half of a century's membership of the EU ended with a damp squib ‘celebration’. 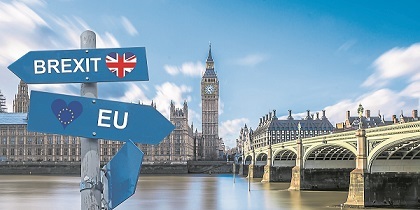 A writer in the ‘The Independent’ described some of the Brexiteers who gathered in London as ‘knuckle draggers’ who seemed more motivated by some kind of racism than on the realities of global trade and co-existence.
The New Statesman published a massively powerful piece on Saturday describing Brexit as ‘an act of epic self harm’. It seems reality might now be setting in.
Whatever way you want to come at it Brexit is a massive risk for the Brits. It might work out for them but the evidence suggests otherwise.
The country is seriously divided. Contrary to popular opinion Boris Johnson did not get a whopping majority of the country supporting his deal; he got just over 43% but in the first past the post system that is enough for victory.
So how ‘the precious union’ fares in the coming decades will be of considerable interest. Civil unrest in Scotland and Northern Ireland are real possibilities if people there feel they are not being listened to.
As I said before... fasten your seatbelts, turbulence ahead is very likely.

Every so often something so awful happens it really gets to you.
The tragic deaths of the McGinley children in Dublin last weekend was one. On Wednesday Ray Darcy on RTÉ got really emotional while talking about the deaths of those beautiful wee wains – Connor, Darragh and Carla. I knew how he felt.
I don’t know how you even begin to face into life again after something like this so I hope Andrew McGinley is wrapped very tightly in a warm embrace by his loving family and many friends in the days, weeks and months ahead.
You only think you have troubles until you learn of something like this.