New production gets set to take to the stage 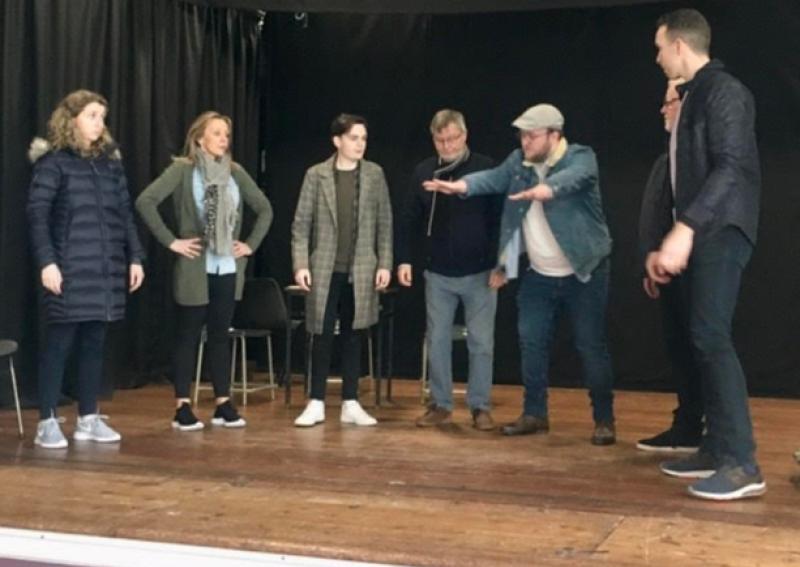 Some of the cast members of Dramateurs

Ever wonder why local theatre groups go to the bother of staging a play or a musical?

All those auditions, rehearsals, set building and general hard work for what?

Well fear not, ‘Dramateurs’ holds the answers to those burning questions! Following on from his hugely successful debut play ‘Beneath an Irish Sky’, writer and director Kieran Kelly’s latest offering gives the audience a rare glimpse behind the scenes of local theatre. One thing is for sure, there is no shortage of drama in this hilarious brand new comedy.

The play follows the fortunes (and misfortunes) of the once nationally renowned Fianna Players of Ballynascale. They have not performed on the Irish Amateur Drama Circuit for over ten years and are about to make their long awaited and much anticipated comeback as they host their first ever Drama Festival in their local town hall.

However, before they get to perform their brand new play, an epic tale based on the Táin Bó Cuailgne and the mighty Cúchulainn, tragedy strikes. Former member Fionn McDevitt returns home from self imposed exile in Boston, and faces the uphill task of re-uniting the Fianna Players once more to stage their epic production!

Commenting on his latest piece of writing, the talented Kieran Kelly describes ‘Dramateurs’ as ‘a total 180 degree turn  from Beneath an Irish Sky'.

"Whereas that play was an historical based piece of drama, this is very much a comedy set in the modern day, a challenge I wanted to set myself," he said.

"The Letterkenny Music and Drama Group has always prided itself on taking a chance on new work – whether that be Anthony Delap’s adaptation of Patrick McGill’s Children of the Dead End or indeed Beneath an Irish Sky - and that attitude of the members of the group is crucial in nurturing local talent." 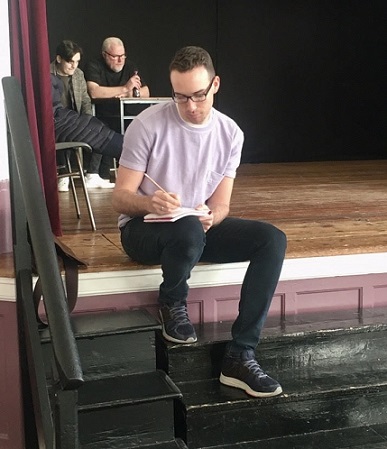 And that gamble certainly paid off when his Donegal War of Independence drama got to the final of the prestigious All-Ireland Drama Festival in Athlone in 2018. It was a very personal piece of work based on his own family history and archives of local events during the “decade of change” and Kieran notes that it was a tremendous achievement to reach the pinacle of Amateur Drama in Ireland, something he never expected.

The experience from that festival circuit and getting to that final has helped Kieran to bring a whole new dimension to this play. Tapping into the wealth of local acting talent available in the Letterkenny area, his cast bring a wealth of experience from being on stage with such highly respected groups such as the Lifford Players, the Butt Drama Circle, Workhouse Theatre, the Pantomime Society and of course the Letterkenny Music and Drama Group.

“This comedy is very much a love letter to the world of ‘am-dram - of why we get up on the stage and surrender ourselves to the judgment of others," Kieran added.

"The cast are very much representative of the best am-dram groups in our area and it is an absolute joy to be working with them!."

There will be two performances in An Grianán Theatre, on Friday. February 21 and Saturday, February 22 before competing on the Drama Festival Circuit throughout March 2020.