Frank Galligan offers his thoughts on a time of political change 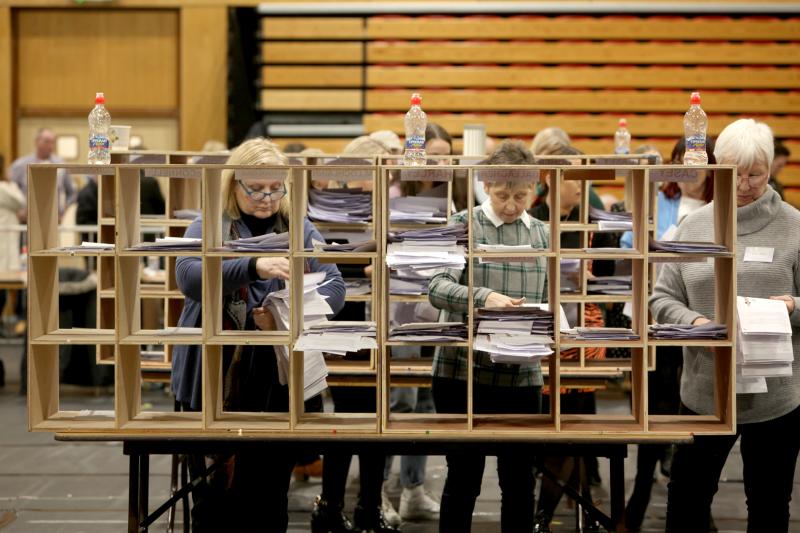 Ah the craythur! He may have earned some kudos for taking on the FAI, but overall Shane Ross managed to get up more noses than snuff at an oul wake.
There are many reasons not to shed tears over his departure, but with regard to Donegal, I’m reminded of his Special Maintenance Grants for storm damage a few years ago.
At the time, Pat the Cope said “Not for the first time has this Government forgotten about Donegal when it comes to allocating state funding . Failing to allocate one single cent in funding to Donegal is unprecedented and smacks of an anti Donegal approach in allocating funding by Minister Ross…”

Pat the Cope lost out, losing his battle with Charlie McConalogue, Thomas Pringle and Joe McHugh for the final three seats.
McConalogue’s first preference vote is down by 4,000 votes from 2016, and overall Fianna Fáil have not had a good election here.
While Sinn Féin’s amazing success is a huge factor in all this, I’m just wondering about Fianna Fáil having Brendan Byrne as Director of Elections for Fianna Fáil. Wasn’t he Mary Coughlan’s election guru too and that did not have a happy ending?
There are countless traditional Fianna Fáil voters in the south west of the county who switched to Sinn Féin, many because they admire Pearse Doherty, but allied with that is a deep unhappiness and frustration with the Soldiers of Destiny being stuck in a timewarp.
Nine years ago, Brendan Byrne was threatening to quit the party,saying he had no faith in Micháel Martin. In a scathing attack on his leader, the then Councillor Byrne said that if Fianna Fáil continued under its current leadership, "it will not survive". He said the party and its leader had "failed miserably" to reconnect with the people. Mmmm?
Fianna Fáil will still be the largest party, by the look of it, but Donegal, once an FF bastion, must now look inwards at its soul and substitute the ‘safe house’ and status quo mentality with a strategy for the future.

THE RISE OF SINN FÉIN

By any stretch of the imagination, Pearse Doherty and Pádraig Mac Lochlainn are two of the most able politicians in the country.
Other parties are trying a reverse spin already by saying it’s just a ‘protest’ vote and criticising SF for bad strategy by not running enough candidates. Rubbish!
Credit where credit is due and let’s remember that the last time Sinn FÉin were poll-toppers was 1918.
Then, the electorate was expanded to all males over 21 and all females over 30. This created a swathe of new, young voters, radicalised by events since 1916, all enthused by the vibrant leadership of Sinn Féin, Eamonn de Valera, Michael Collins, Cathal Brugha et al.
Sinn Féin was an exciting party promising change and abstention, which meant an all Ireland parliament.
The Irish Parliamentary Party was by now seen as a staid, conservative party and very firmly associated with the House of Commons, which had failed to deliver Home Rule.
The IPP was led by John Dillon, aged 70, and did not have the glamour associated with the revolutionary Sinn Féin. The fact that the partition of Ireland had been accepted as unavoidable by John Redmond, the previous leader, at the Buckingham Palace Conference of 1914, also lost the IPP party support.
So, there are parallels, and whatever happens in the next government formation, the 2020 “glamour associated with the revolutionary Sinn Féin” is here to stay.

S...E NA hEIREANN?
I have to say I was surprised that Niall McConnell even managed to get 580 votes. Outside relatives and friends, did any of these people actually believe the ridiculous stuff in his ‘newspaper’ “Síol na hÉireann”?
I was reminded of a great review by Dorothy Parker of a dodgy novel which read: “This is not a novel to be tossed aside lightly. It should be thrown with great force”.
No harm to you Niall, I did the same with “Síol na hÉireann”.

A TALE OF TWO REFEREES
As Declan Bonner has acknowledged, Donegal are to blame for the Galway defeat. I’ve heard some criticism of the ref, but it’s clutching at straws.
However, in the Dublin v Monaghan match, nine minutes extra time seemed excessive, while the sending off of David Clifford was scandalous.
As Kieran Donaghy commented: “Send a sub on to the star forward on a yellow, start a row pull him down to the ground. Smart by Tyrone but not so smart by the two umpires 10 yards away with no clue of who is on a yellow or the situation that’s just unfolded.
“Proper camera angles may suggest otherwise.”
Alan Brogan agreed: “Can't believe the umpire called a yellow for Clifford.. oldest trick in the book..ridiculous officiating. Clearly trying to just protect himself.”
On RTE, Ciaran Whelan added: “This is something that's been in the game for a few years where a key player is targeted by defenders to try and suck them in and get them a yellow card.
“And we really need referees to start to stand up to this and to see common sense.
“We saw the incident, the umpires were behind the goal.
“David Clifford is not going to be instigating. He's the key player and he gets dragged to the ground and picks up a yellow card and you can see how frustrated, how annoyed he is.
“ It's been a bugbear of mine for a couple of years that when the key players are targets, they get sucked in and get a silly yellow card.
“We need common sense. Terrible decision by Fergal Kelly.”