Ensure your elderly and vulnerable neighbours are okay during bad weather 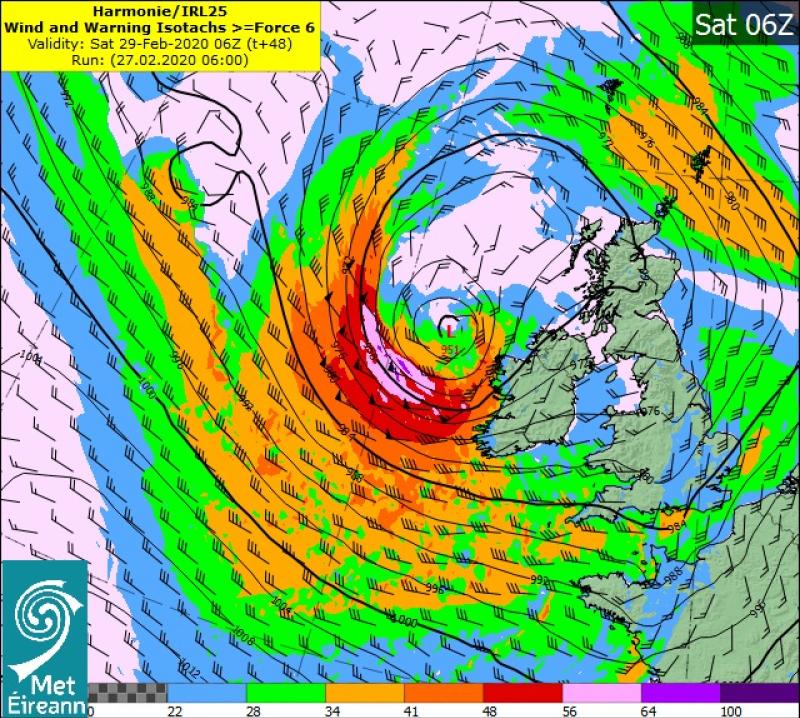 The Severe Weather Assessment Team and all Donegal County Council resources are at a heightened state of readiness in preparation for a period of unsettled weather.

Donegal County Council in a heightened state of readiness in preparation for incoming Storm Jorge.

Met Éireann has issued a status orange wind warning for County Donegal starting from  noon on Saturday, February 29 until 3am on Sunday, March 1 as a result of Storm Jorge making landfall. In addition there is also a status yellow rain warning in place for Donegal during the same period.

The weather forecast suggests strong damaging gusts right through Saturday and into early Sunday morning. Given the extent of rainfall over the past three weeks the ground is at saturation point and with the combination of weakened ground and high winds there is a high likelihood of trees falling during this period. Electricity and telecom cables will also be vulnerable.

As this period of unsettled weather is approaching its third week people are being asked to keep an eye out for elderly neighbours or other vulnerable people who may be affected by either localised flooding or by blocked access routes due to fallen trees / power lines. There is also a risk of power outages over the weekend due to fallen power lines and people are advised to put practical measures in place such as having their mobile phones charged and to have a torch or lamp readily available.

Motorists are being reminded to take extra care while driving and to keep an eye out for fallen trees and power lines and to be aware that there is a high possibility of encountering flooded roads as well over the weekend.

The Irish Coast Guard is also advising the public along coastal areas to ‘Stay back, stay high and stay dry’.

As #StormJorge approaches the Irish Coast Guard asks the public not to put their lives, or the lives of our rescue teams in danger by venturing out to exposed coastal areas unnecessarily.

Please heed this message and do your bit to help us to keep everyone safe this Weekend. pic.twitter.com/klgB8gv2PT

Given the limitations on council resources to respond to all possible locations, the council is asking property owners / occupiers in areas susceptible to surface water flooding, to take proactive measures themselves including erecting flood barriers / sandbags to protect their properties.

You can keep up to date on conditions by signing up for free alerts to your phone by registering at www.mapalerter.com/donegal  or by following Donegal County Council on Facebook or on Twitter @DonegalCouncil.