IT OCCURS TO ME: A time to smile in difficult times 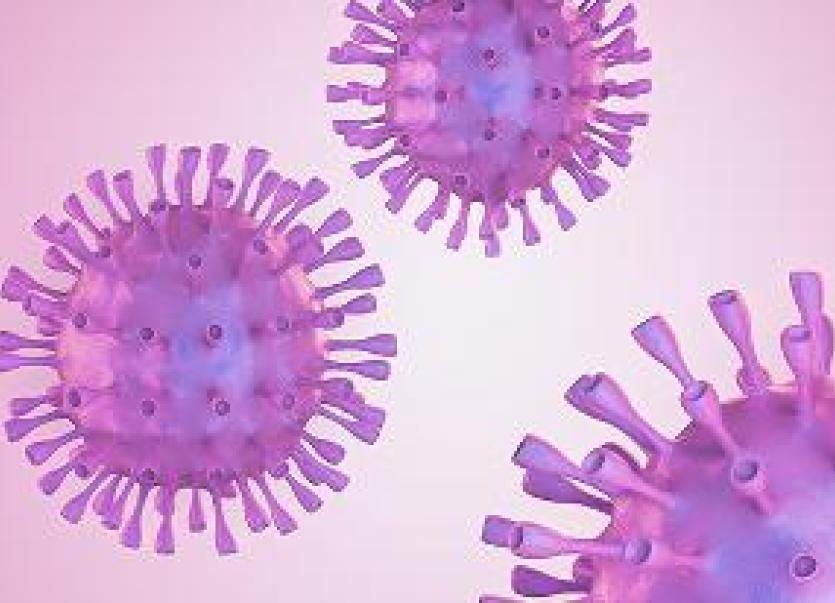 Many Oriental restaurants are suffering because of the virus scare

I think I got my first Chinese takeaway in Messines Terrace in Derry well over 30 years ago.
It may well have been called Raymond’s then (there are now two) but last week I was struck by a very sad message on the takeaway menu, which read “Please enjoy our food with your 100% relaxation on China Kitchen. We don’t have coronavirus! Our employees are healthy and our food is safe, don’t worry anything. Thank you very much. A happy mood for you every day.”
Many Oriental restaurants are suffering because of the virus scare, but it doesn’t seem to be affecting Italian restaurants at all, which is rather ironic, considering where most of the European spread has stemmed from.
Not that it should affect any restaurants, other than the fear of being in a space with others, but recently, I detect a latent trepidation in the air as St Patrick’s Day looms in particular.
Funny old world . . . our mammies were blue in the face telling us to constantly wash our hands. You’d think it was a recent discovery! 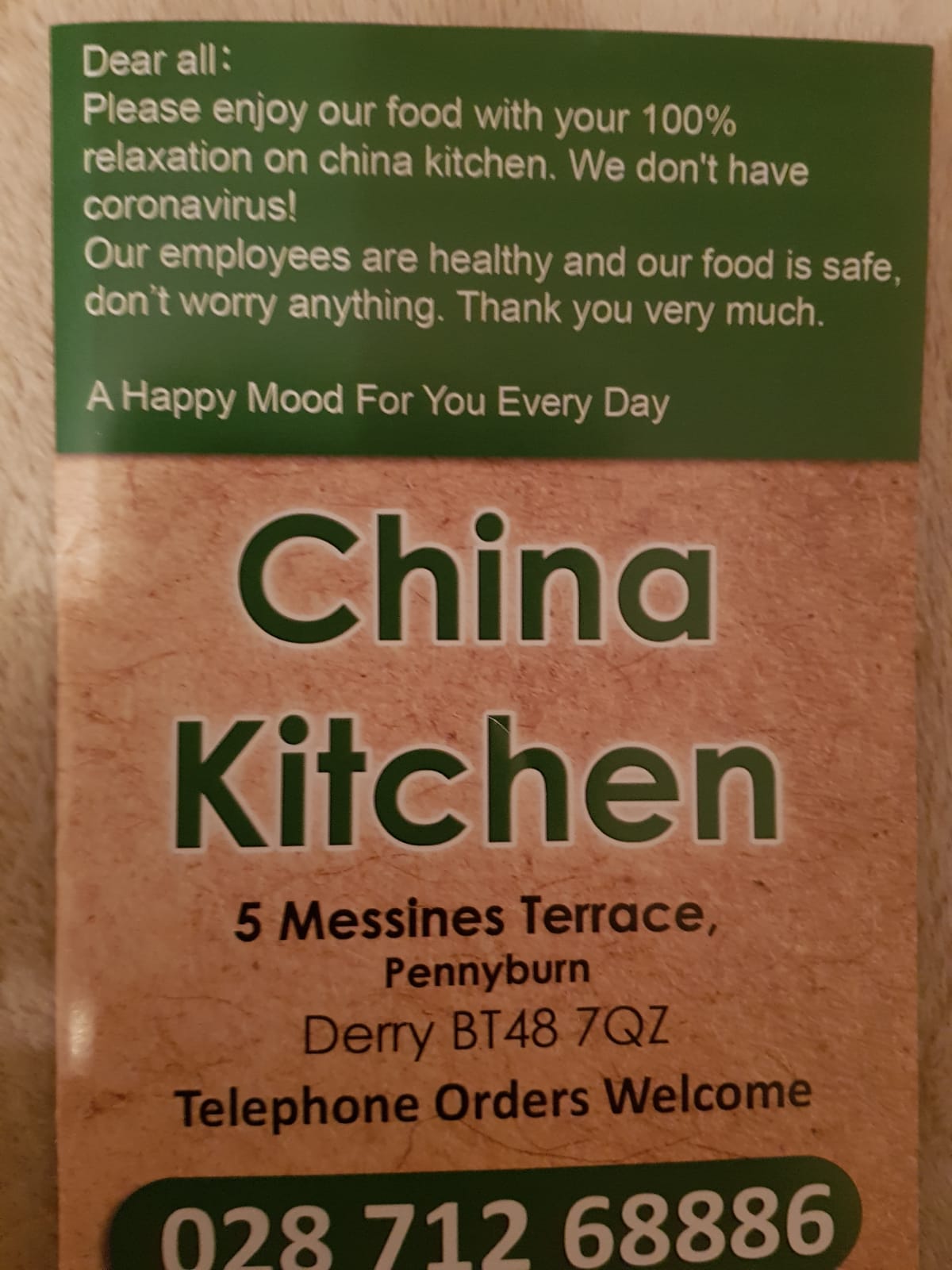 OUR LORD DIDN’T CLAIM COMPO!
We’re long aware in Ireland of the dreadful ‘Compo Culture’ and how it impacts on all our insurance premiums. Great to see some judges putting their foot down, in particular a recent one in Cork, where the defendant was trying it on a third time.
The City Council barrister said: “Not many people fall three times. Our Lord, unfortunately, did. You seem to have done it three times - once when you were 12 or 13 you fell and it was on a footpath. You brought a claim for that. How much did you get?”
The defendant replied, “I am not sure.” Counsel responded, “€5,000 – does that sound right?”
He added that there was another claim arising out of a fall on February 16, 2016. The defendant said in the first incident he was walking his dog, and in 2016 he fell when he was jogging by Knocknaheeny Park. He could not remember how much compensation he was given for that fall either.
As well as the three claims against Cork City Council, the plaintiff confirmed he brought a claim against CIE/Bus Eireann in 2016. He said he consulted a solicitor about injuries he sustained when assaulted in the 3 Arena in Dublin but no claim was brought.
Counsel went on to say that three family members of the plaintiff had brought claims against Cork City Council in the past. The plaintiff replied, “What has that got to do with anything?”
Judge Brian O’Callaghan said the claim was brought in relation to a twisted ankle.
The judge said, “The plaintiff categorically knew well the footpath was faulty and made it quite clear that he was entitled to walk on this footpath, it was his right to walk on the footpath and why should he not.
“The court cannot be blind to a perfectly good footpath across the road if he wanted to exercise his right to traverse footpaths.
“He knew there is a good footpath and chose to walk on this faulty footpath. He made an intentional decision.
“The court has to state quite categorically that it is unimpressed with his evidence on other injuries. A plaintiff, when pursuing a claim has an utter responsibility to declare in a fulsome way about other claims and injuries. The court must have great concerns about his evidence.
“This court won’t go so far as to say it was false but it was misleading and unimpressive.
“The court proceeds to dismiss the plaintiff’s claim. The court feels practically obliged to make an order for costs (against the plaintiff) and does so.”
Well done, Your Honour! You didn’t ‘fall’ for that one!

A ‘WICKET’ SENSE OF HUMOUR!
I was chuffed to meet up with the legendary cricketer Ossie Colhoun at a function in Sion Mills last week.
Against all odds and expectations, Ireland beat the world-renowned West Indies cricket team in Sion in 1969. Ossie was the wicket keeper.
He’s still as debonair as ever and blessed with a very warm personality and great sense of humour.
The West Indies had stayed in Lifford the night before and Ossie long denies that they were plied with Guinness which rather distorted their accuracy the following day.
In fact they landed too late to inspect the cricket ground, never mind getting a drink of any description.
Local employers Herdmans had given their 700 employees the day off to watch the match and many people travelled from adjoining towns. In fact, the crowd was estimated to be 2,000.
Overnight, it had rained and the wicket had not been covered...not the sort of conditions the West Indies were used to.
I was reminded of a great yarn told by my father about his lone foray into cricketing well over 60 years ago.
A bad flu had left St Johnston with a skeleton crew so dad was drafted in as well as a famous hurling character from Burt, who thought that cricket was ‘wee buns’ compared to wielding the caman.
When it was his time to bat, he wielded it as if he was slicing at a sliotar and his ‘over’ was over very quickly.
When my father passed him on ‘the crease’, he whispered, “What the hell are you at? You’re letting the side down!, to which ‘Burt’ gave the immortal reply: “Man dear, if I could ‘hut’ her, I’d f...een loss her!”