MEEHAN'S MUSES: Do you know where the first ever St. Patrick's Day parade was held? 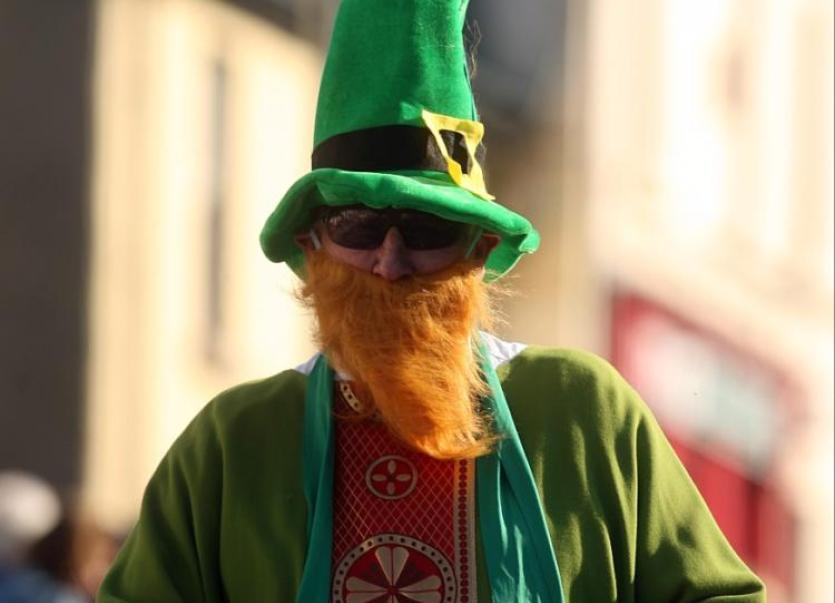 He was from a privileged imperial family, but he was abducted and enslaved. It was the start of an adventure that would see him become one of history’s most celebrated missionaries.
Patrick, the patron saint of Ireland, who died on 17 March A.D. 461 in Saul Downpatrick, was not Irish. He was Romano-British, but at sixteen was taken to Ireland by slave traders.
He was put to work as a herdsman in the hills of what now is County Antrim.But while he tended to sheep and pigs he clung to his faith, using daily prayer as an escape from his miserable solitude.
Legend has it that Patrick escaped Ireland after hearing the voice of God. He fled from his master and boarded a ship bound for Britannia.
After disembarking in what he described as a wilderness, he walked for 28 days with other travellers, famished and exhausted. He prayed for food and his hungry party came across a wild boar which filled their stomachs and renewed their belief in God, and convinced Patrick that he had performed a miracle.
He took up life as a priest but was compelled to return to Ireland in 433 A.D, inspired by a holy vision.
He travelled back as a missionary, intending to convert the Irish people to Christianity. After 30 years in Ireland, he was appointed a bishop and founded monasteries, schools and churches throughout the country.
Before his death he wrote the ‘Confessio’, a remarkable account of his life. Missing from his autobiography is his celebrated use of the shamrock. The story goes that he used a three leaved clover to explain the doctrine of the ‘Holy Trinity’.
This story, probably fabricated, appeared in the 18th century but nonetheless has become a symbol of Ireland.
March 17 is now St Patrick’s Day, a day of celebration, not just in Ireland but all over the world.
Ireland is everyone‘s second favourite country and in an impressive example of soft power Irish bars are packed in cities around the world as people channel their inner ‘Irishness‘ for a day of merriment, companionship and song.

The Determined Irish
The first St Patrick’s Day parade took not place in Ireland, but in the United States when Irish soldiers serving in the English military marched through New York City in 1762.
Ever since there has been a show of unity and strength for persecuted Irish-American heritage.
To this day there is an estimated 33 million Irish Americans in the US, the most Irish city, Boston.
During the Cromwell era in Ireland an estimated 60,000 Irish, men, women, children, were brought to the West Indies as slaves. Hundreds of thousands of white slaves from Ireland and Scotland were sent to Barbados.
A global research first published in 2008 claims that an Irish slave trade was initiated in 1612 and abolished in 1839. It states that Irish slaves were treated worse than African slaves.
At one stage the Caribbean Montserrat was the only island whose white population was mainly Irish. Known as the ‘Emerald Isle’ of the Caribbean outside of Ireland, it is the only country where St Patrick’s Day is a holiday on March 17 and its festival lasts a week.
Apart from Americas North and South, Canada, Australia, New Zealand, United Kingdom, Dubai, Far East, our Gaelic Athletic Association has over 50 clubs in European countries.
When the English regime tried to suppress Irish culture and education in the 16th century Irish colleges were set up across Europe to preserve it.
Micheal O’Clerigh, who compiled the manuscript known as ‘The Annals of the Four Masters,’ was educated at such a college in Louvain, Belgium.
So it’s not surprising that the Irish, believing in the value of education, have tried to bring the benefits of education to less privileged parts of the world.
Three elements are strong in the Irish story of emigration - hunger, work and community.