A Sea of Golden Green has that feel-good factor 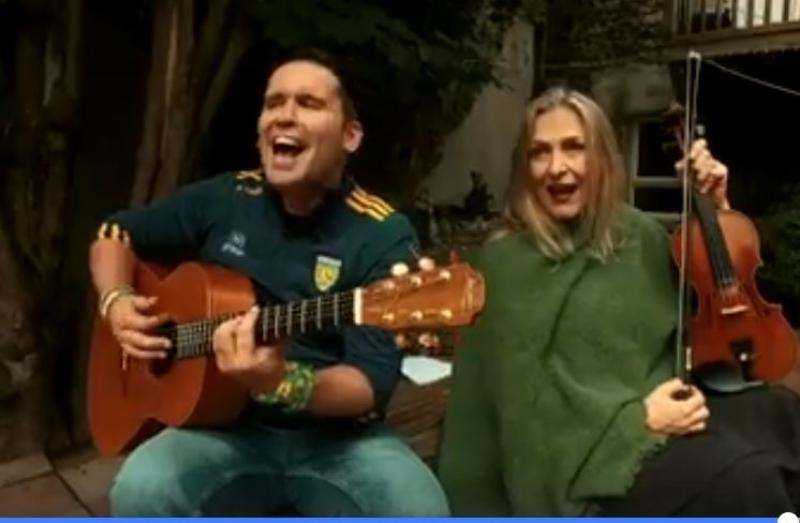 Donegal singer/songwriter Rory Gallagher has just released a video of his new song - and it contains footage of many great memories.

The Kilcar native's latest sone "A Sea of Golden Green" is from his latest album that he recorded with "the amazing Mairéad Ní Mhaonaigh of Altan."

The video features some memorable moments, including clips of Seamus Coleman, Shay Given, Packie Bonner, All-Ireland football delight in 1992 and 2012, Daniel O'Donnell, Enya, Clannad and much more. To see the song Click Here

Rory, who is now based in Edinburgh, added: "We hope to do a lovely scenery montage of Donegal for this song once we get the chance, but for these non-event times I decided to ask the mighty Brendan Bradas O Donnell to compile a load of feel-good Donegal moments from the arts and sports."

"The song needed to be 20 minutes long!" he said, as he could not fit everything in which is a compliment in itself for the beautiful "forgotten" county of Donegal.

He added: "I hope to release this in a month and all proceeds will go to Irish and Scottish nursing homes charity funds."