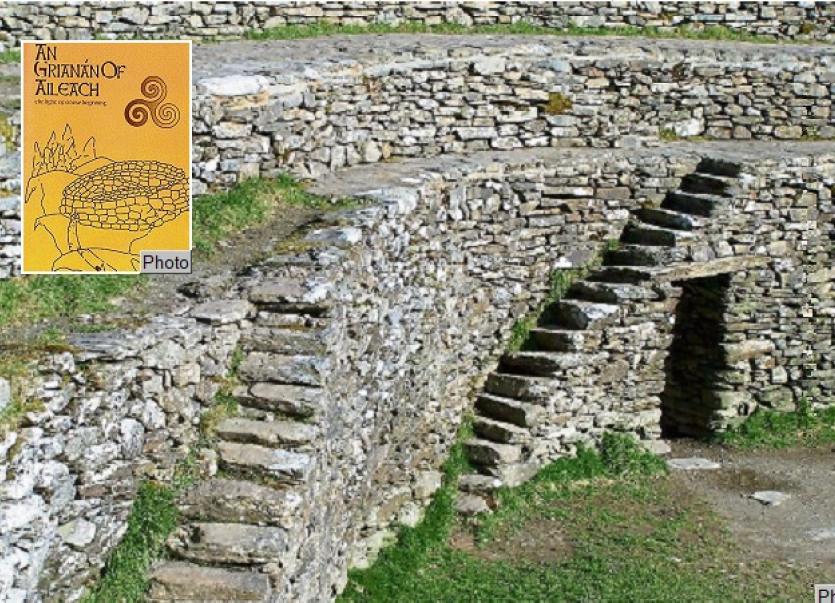 Book looks at links between St Patrick and Grianan of Aileach

Legend has it that St Patrick, the patron saint of Ireland, visited An Grianan of Aileach in the fifth century to continue his efforts in the spreading of Christianity throughout the country.

It’s a story that enthralled – and perhaps still does - the pupils of St Aengus National School in Bridgend and in particular a young native of the locality, Paul Maguire. “The story was mainly told to us in school before St Patrick’s Day but it always fascinated me.

“In later years when I went to look to find out more information, all that I came across was a reference to St Patrick who had come to the fort at Aileach. Others would say that he had never been in the Kingdom of Aileach, never mind the fort.”

But there were few days when he visited the famous Donegal landmark or drove past it that Paul would not reflect on the story and those local links with the National Apostle.

And consequently, the former army private decided to conceive a short story based on the proviso that St Patrick did indeed set foot in the historic site at Burt and befriended the monarch of Aileach, King Eoghan, who helped him to establish the Christian faith in the kingdom.

It was two years ago that Paul, now long established in Letterkenny having served for close to twenty-three years at Rockhill House (interspersed with two overseas tours of duty), set about to bring the story to life and add meat to the bones of the legend.

Featuring illustrations by young LYIT student, Ryan Laverty from Convoy, the book, entitled ‘An Grianan of Aileach – The Light of a New Beginning’, was originally due to be launched on March 20th but the Covid-19 pandemic put that plan on hold.

The author is, however, hopeful of having around 300 of the books circulating by next autumn and in the meantime, it can be accessed on Amazon.

“I’m very grateful to Ryan for his contributions to the book and to Caroline Carr at the Donegal County Museum for her references to St Patrick and An Grianan of Aileach.”

So what do the critics think of his latest book? “I’ve got the green light from my two teenage daughters, Aoibhin and Niamh, so that’s a start,” laughs Paul.

Not his first excursion into print, it should be stressed. Close to a dozen years ago, he penned “After School’, an illustrated publication for children while he has also ventured into poetry, had two short stories published in ‘Ireland’s Own’, and been involved in producing a special booklet to mark the passing of Letterkenny Town/Urban Council.

He describes his latest book as “part history and part childrens’ story” – either way it does indeed represent the light of a new beginning….