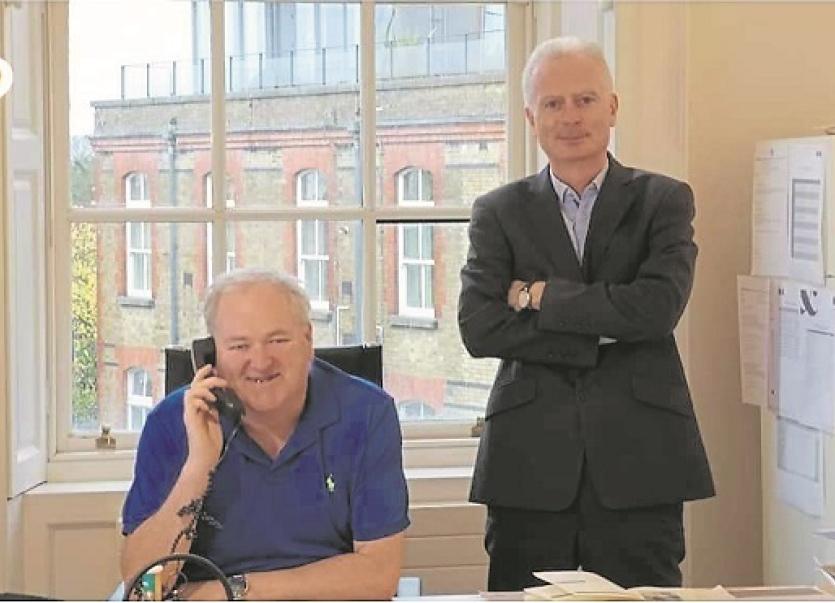 Many people will emerge from Covid-19 having accelerated or developed alcohol issues, while a “huge range” of mental health issues could be coming down the track, a leading counsellor has warned,
Martin McFadden, who became the first person in Ireland to graduate with a Masters in Therapeutic Interventions in Alcohol and other Drugs, believes people will be adversely affected and changed as a result of the pandemic.

The Kilcar native, who has done extensive research into trauma and alcohol dependence, said: “The last three months have been traumatic for people and some people would have accelerated or developed an alcohol dependence.”

A member of The British Association of Counsellors and Psychotherapists, and someone who is now 18 years in recovery himself, he has also warned of the dangers of drinking at home where there are no restrictions or regulations.
“People now will have got so used to working at home that they will find the difference in their pockets too.
“I think that the new norm is going to rotate around even more home drinking than previously which is not a good thing.
“When you are at home and on your own it is a free pour and there is nobody to watch what you are doing,” he said.
And he also warned: “I think that there is going to be a huge amount of mental health issues coming down the line, as well.”

Recent research
New research published this week shows that two-thirds of men reported drinking to cope for reasons including loneliness, anxiety and boredom during the Covid-19 lockdown.
This nationally representative research, conducted by Behaviour & Attitudes on behalf of Drinkaware, is the first to look in-depth at drinking behaviours and attitudes since government restrictions were implemented.
Commenting on the figures, Mr McFadden said: “You can put figures out there like 60% of men did this and 40% of women did that but what I find in addiction, throughout the years, is that one of the hardest things to get with people is honesty.
“So, you could ask a hundred men how much they are drinking at home and I would guarantee you that half of them wouldn’t tell you the truth - particularly if they are still active in doing it. I think any figures are up there to be honest. I would agree with the piece where, he says, women are less likely to tell you,” he said.
He said that women find it harder to tell the truth due to generational issues.

Recovery
He said that there are two streams of people, in recovery, who find zoom meetings difficult during Covid-19; those who are new in recovery and those who are long term in recovery.
“The older people, for one reason or another, are not really tuned into technology and don’t perhaps trust talking into a computer screen or a phone so they are uncomfortable with that and haven’t really engaged, to be honest,” he said.
He added that while the young people feel content with the technology they may not find it as easy to connect. He added that the aspect of human contact, a pat on the back or having a cup of coffee after a session is missing.
However, he did add that zoom meetings are something that are here to stay for those who are attending addiction meetings adding that people who are working shift work or raising families can benefit from it.

Mental Health
The Kilcar-based therapist, also holds a first class honours graduate of the University of Limerick's course in Drug and Alcohol Studies, has forecast a surge in mental health issues after the pandemic.
“I think that there is going to be a huge amount of mental health issues coming down the line, as well. I think that there are a lot of people who are struggling with financial problems and … those who have been out of work,” he said.
An Irish solution of dealing with problems and pressure can be reaching for the bottle.
“So, there are a lot of things coming down the track and I don’t think we are going to have the resources to deal with it,” he said.
He said that during the pandemic many people slowed down.
“Being busy in itself is an addiction. People may measure you by the job you have or how busy you are and this is a new territory for people - it has taken away the financial security. I do think the financial insecurity is going to be massive,” he said.
He said that many may have felt useless when they couldn’t earn or go to work.
Living one day at a time is something that many people in recovery practice. During the pandemic many other people had to also live in the present and many found it difficult, Mr McFadden said.
He said that due to the fact that society is consumer driven people feel the need to work, to earn, to spend and when that is no longer a possibility they become anxious.
Mr. McFadden has also been instrumental in the establishment of the Friends of Bill W Club Donegal Town; a peer-led group that supports people when tackling their addictions. The network has since become an integral part of the recovery community.