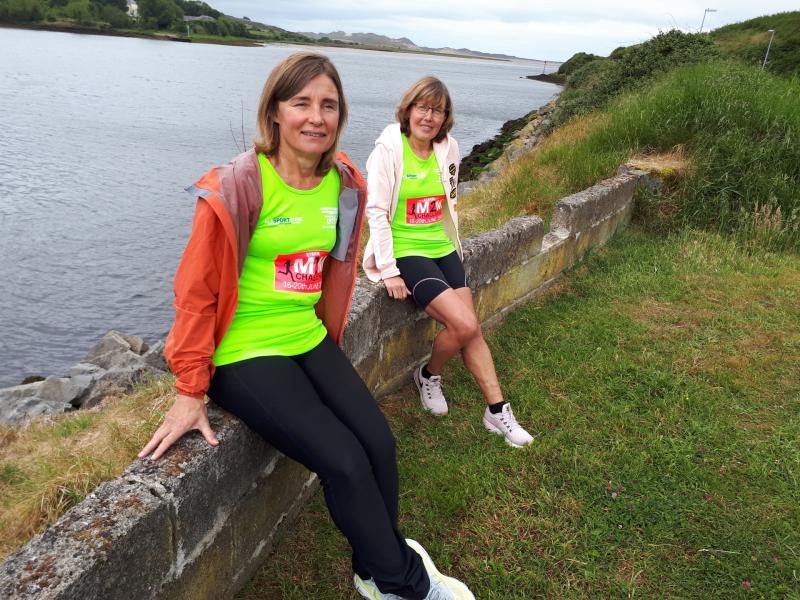 Over five days from August 18 to 22, two incredible Donegal women, Julie McMullin and Loretta Cullen, will run 618 kilometres from Mizen to Malin to raise money for the Irish Cancer Society, North West Hospice and Donegal Hospice.
The charities chosen by Ultra Runners Loretta and Julie are very special to all of us, but to these two runners, even more so, as both have lost their mothers to cancer.
Loretta jokes about "running a few hills in Cork and a few more in Donegal" but this run is far from that simple and while both are experienced Ultra runners, this is a huge task.
Julie has been running for many years at a very high level and won ‘The Race’ endurance event in Donegal in 2018.
She is a native of Castlerea in Roscommon and is a teacher at St Columba's College, Stranorlar.
She lives in Ballyshannon, as does Loretta who has completed several marathons, among them an ultra marathon. She is a Retail Assistant with Kernan's Spar in Ballyshannon and Bundoran.
One of the issues their fundraising efforts were hampered by was the lockdown and restrictions imposed by Covid-19.
Both women had various traditional fundraising efforts planned. They had hoped to get support from their work communities and others, but all of those events had to be cancelled, so they have set up a Go Fund Me page and they are asking people to give what they can to support these three great causes.
Sponsors are vital to this project as it is very costly from a logistics point of view.
The sponsors are: Kernan's Spar, Brian J. McMullin, Brennan's Pharmacy, Abbey Glebe Dentists, Joey O'Leary Financial Services, Anthony Conaghan Cars, All Sports, O'Reilly Sports, McElhinney's, Mary Farrell and Ballyshanon and Killybegs Credit Union.
A final word from Julie and Loretta: “Both of our mums died from cancer and we are very aware of the wonderful work that the hospice movement and the Irish Cancer Society do and their ongoing need for donations.”