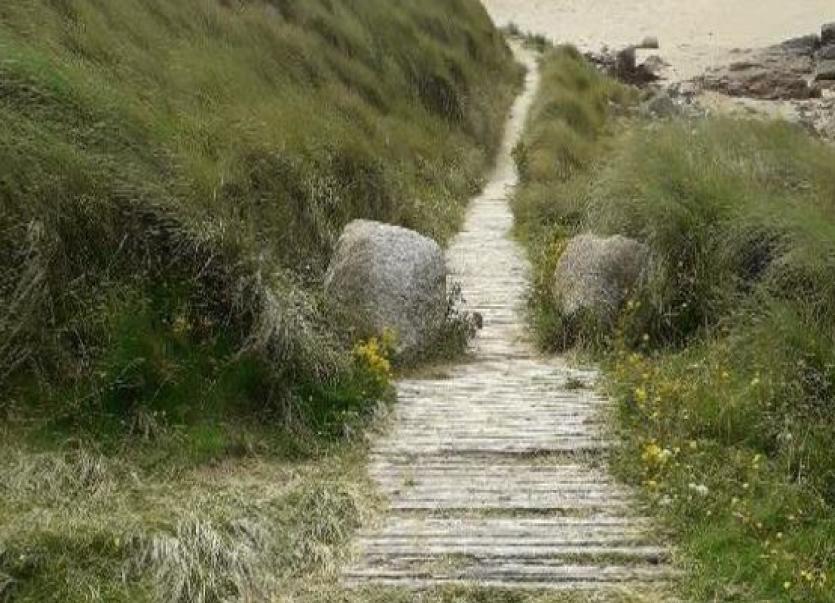 A county councillor has raised concerns relating to campervans coming to the area after 50 of the vehicles parked in and around a Donegal town over the course of last weekend.
Independent councillor Michael McClafferty raised the issue at the July meeting of Glenties Municipal District on Tuesday.
He said that while visitors were welcome to Dunfanaghy, 50 campervans had caused difficulties in relation to parking in the popular tourist town. He said there were concerns about what was being done with the waste from the campervans.

Read also: Donegal-based artist describes losing her father to Covid-19 under the constraints of lockdown
He queried whether barriers could be put in place at car parks which would allow for the entry of ambulances whilst prohibiting the entry of campervans.
Twenty of the camper vans had parked on the beach whilst thirty had parked on the street and in the car park, according to the councillor.

Read also: Much frustration in Donegal at long-running fire station saga
Port Arthur
Fianna Fáil councillor Anthony Molloy said that he had received calls from people in the Gaoth Dobhair area over the course of the weekend concerning caravans parked at Port Arthur beach.
The caravans’ presence had ignited calls to other councillors at the meeting too.
Cllr Molloy recognised that the issue was one that had been around for many years but added that he did want the issue revisited.

Sinn Féin councillor John Shéamais Ó Fearraigh said that while he was familiar with the issue relating to the caravans - he had been informed that land, at Port Arthur, had been purchased and that was where the caravans were located.
He welcomed news that someone from the community had been granted planning permission for a campervan park in the area.
Cllr Ó’Fearraigh said that there were campervans in Machaire Rabhartaigh over the course of the weekend.
Amenities are available in Machaire Rabhartaigh area. Power and waste facilities are available there, the councillor added.
“We welcome visitors. However, we do need guidance - we need something written in black and white,” he said.
Councillors also raised concerns in relation to the coronavirus which added another dimension to their presence.


Councillors were informed that the same legislation pertains to campervans on public road as that which applies to lorries, vans and other such vehicles.
In that regard, members of the Garda Síochána have the jurisdiction to move them on. Clarity is being sought from relevant departments in relation to camper vans that park in other areas.