Boardwalk works carried out this afternoon on local beach 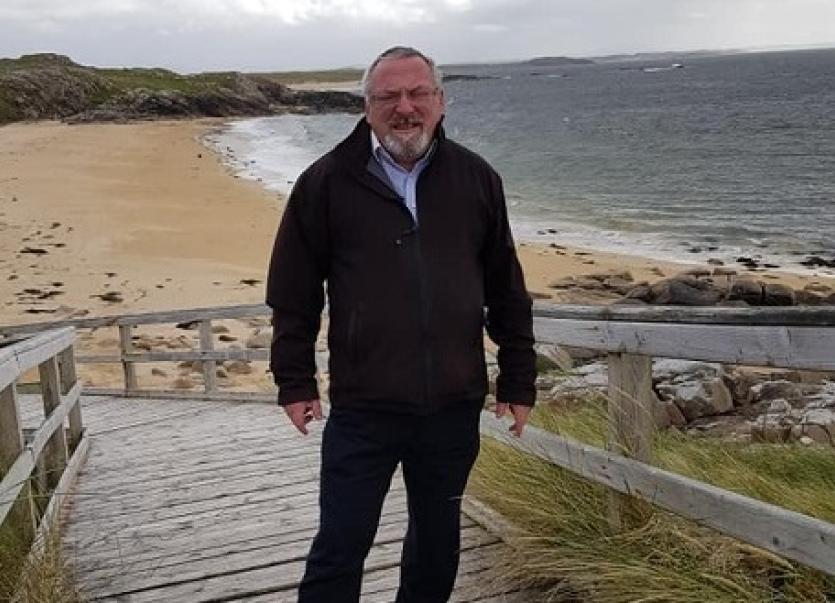 Councillor John Sheamais Ó Fearraigh has ensured that a picturesque beach is a safer place for people and their pets to enjoy over the course of the coming months.
Last week, a sign that warned people not to walk on the boardwalk was cast aside and was overlooked by many at Glassagh beach or as it is locally known Trá Bun a' Bhaile.
People who were not familiar with the beach were using the broken boardwalk which was missing planks in areas and felt unsteady underfoot.
This afternoon, Friday, the walkway was open to the public again.