You can see up to 6 counties, on a clear day, form the top of Arroo 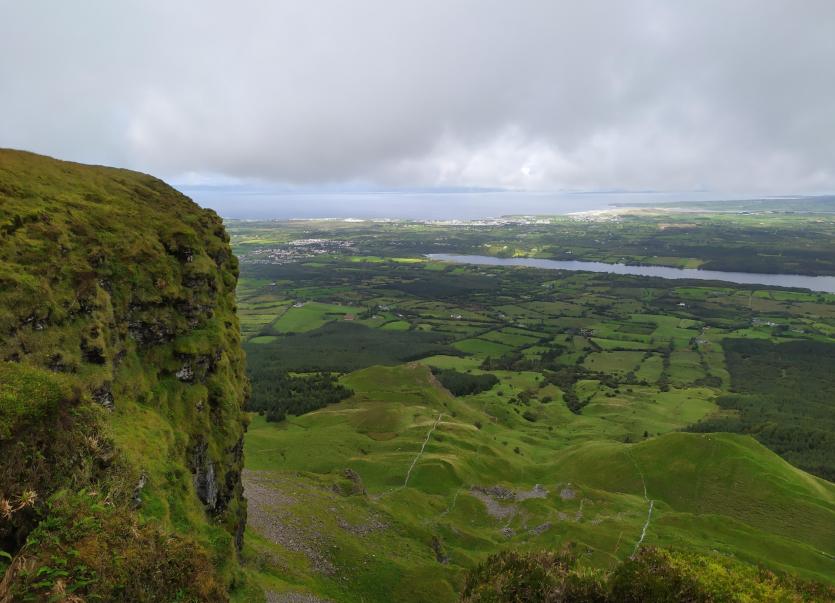 Hello Donegal and beyond,

In 2009 I opened my Salon in Kinlough. I had a salon before that in Letterkenny, which I called “Off the Head” thankfully I didn’t want to continue with that name. Mentally I must have grown up but I’m sure some people would beg to differ. I was looking for a name with strength and character.

Arroo
I was at my friends house and saw that they had named their new house Teach Arroo.
That was it, my new salon had a name. I am ashamed to say that this weekend was my first time to to climb the Arroo mountain. There are a couple of ways you can go. However, my husband was instrumental in making us go up the opposite of the way I wanted to go. I know there is a lake up there on the other side and I wanted to see it. A few deep breaths and off we went. We followed a gang of cyclists for about two killometres up a windy road. We ditched the car and took off. I had wellies on as my walking boots are letting in. Caoile, my daughter had trainers on so that was a given that she would get the feet wet.

There is no trail as such, it’s every man for himself. There is plenty of hopping over bog, fences and streams. I was glad of the advice not to wear jeans . It took us about an hour to get to the top with plenty of wee stops.  The view is almighty when you get there. You can see up to six counties. I did have a little ramble on top to see if I could see the lake.

Coming back another day

No joy, we will have to do that another day. Coming down in wellies is not enjoyable or advisable.
I will definitely be investing in walking boots before I do that again. It took us about forty five minutes with the last minute scramble to see who got to the car first. Good free fun. I would highly recommend it.
For any advice, or an appointment call Fionnuala on 0719843777.