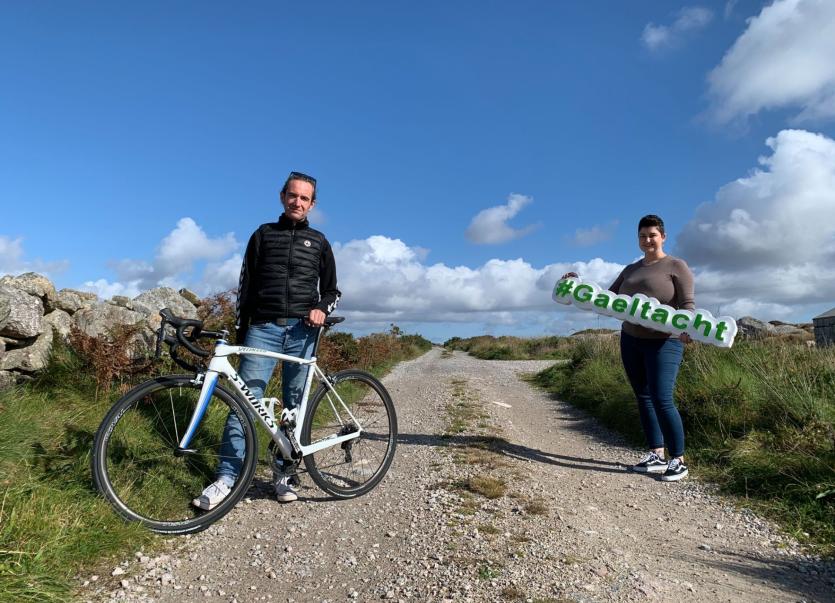 A new Gaeltacht-based cycling initiative has been launched, and is looking for potential Donegal Gaeltacht-based members and volunteers to drive the project forward in the county.

Gaeltacht.cc aims not just to provide a club for Gaeltacht-based cyclists and multi sports athletes, but will also work towards developing outdoor recreation infrastructure in Gaeltacht areas.

Former pro cyclist and owner of the Velotec clothing brand, Pádraic Quinn, is behind the project.

“Gaeltacht areas have a common denominator in language but are spread across seven counties mostly along the west coast,” he said.

“We see huge value in bringing cyclists throughout the Gaeltacht together under a single club and brand, while respecting existing clubs that already thrive in individual Gaeltacht regions.”

The project has already begun to work with different stakeholders with the aim of creating a world-class gravel bike network in the Galway Gaeltacht, with the aim of doing likewise in other Gaeltacht areas.

“We’ve begun to work with local community development organisations, social employment schemes and Údarás na Gaeltachta in coordinating an expansive new gravel bike network based on existing bog roads,” said Gaeltacht.cc’s Operations Manager, Jade Lydon. “This is something we’re piloting in Galway and seeking to expand so that Gaeltacht areas as a whole, in Donegal and six other counties, will be recognised as the go-to places in Ireland and Europe for outdoor adventure.”

In keeping with its Gaeltacht identity, the club is being sponsored by TG4, Údarás na Gaeltachta and RTÉ Raidió na Gaeltachta, and is already involved in organising events, despite just being launched.

Having just confirmed that Gaeltacht.cc will host the Connacht Cyclocross Championships this December, the project has already been involved in a pan-Gaeltacht cycling project encouraging families and new cyclists to get out as part of Bike Week. This past week saw Gaeltacht-based cyclists in Donegal, along with other Gaeltacht areas, participate in the virtual Rothaí Gaeltachta challenge, run in conjunction with Gaeltacht Language Planning Officers.

“The Rothaí Gaeltachta challenge speaks volumes to what we’re looking to achieve,” said Pádraic Quinn, who is also Cycling Ireland’s Connacht Youth Development Officer. “It’s a way of getting young and old onto bikes, and to make a fun and healthy pastime accessible to all.”

More information on Gaeltacht.cc can be found at www.gaeltacht.cc and on social media.