Beautiful tribute to a special person 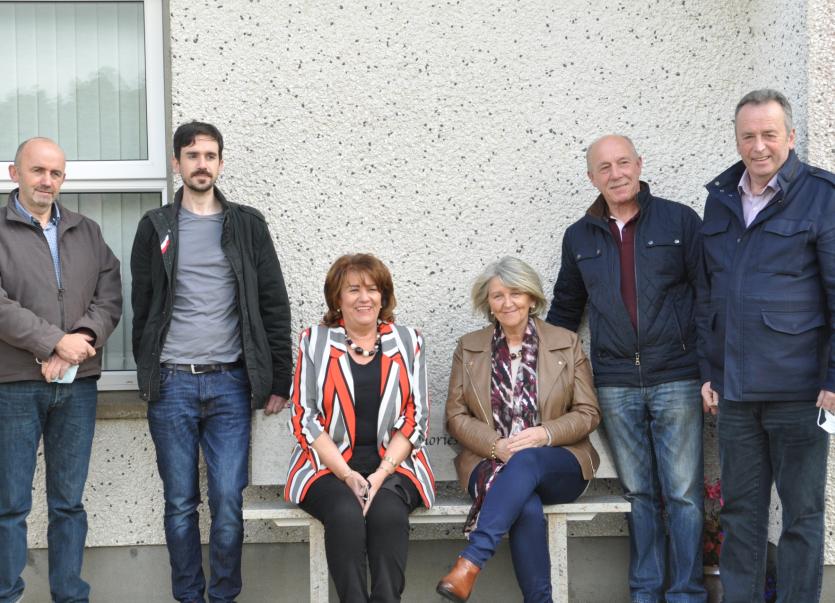 Members of Betty Synan’s family pictured at the special memorial bench which was unveiled at the Creeslough Day Centre on Saturday last PICTURES: MOSES ALCORN

A bench in memory of the late Betty Synan was unveiled at the Creeslough Day Centre on Saturday afternoon last.
The gathering was carried out in accordance with Covid-19 regulations and members of Betty's family were joined by a small number of former colleagues and members of the Day Centre Committee for the occasion.
Betty, from Foxhall in Letterkenny, had been the Supervisor on the local Community Employment Scheme in Creeslough for many years before her sudden passing last year.
Betty was based in an office in the Day Centre and one of her favourite places was to stand in the sunshine outside the Office and talk to people. 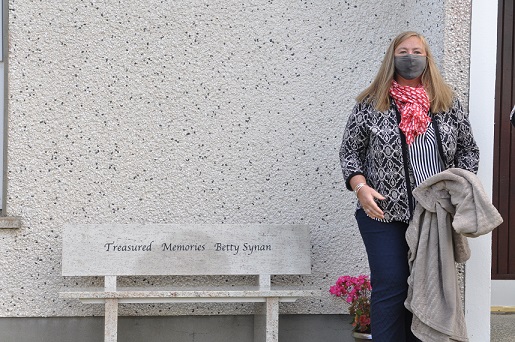 This was the location where the bench, which was made by local craftsman Adam Wainwright, was unveiled last Saturday by Elizabeth Doolin who had worked on the scheme with Betty.
Elizabeth paid tribute to Betty and shared stories and memories of their times working together and spoke about her contribution to the local community. 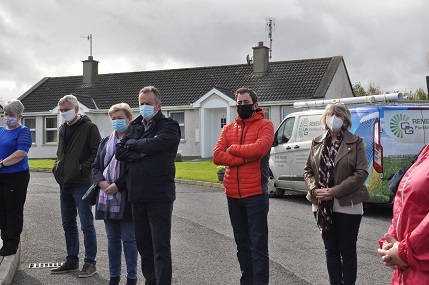 Some of those who attended Saturday's event in Creeslough

Sally Gallagher, the Manager of the Day Centre, also paid tribute to Betty and this was followed by the blessing of the bench by Canon George Irvin who also gave apologies for Fr. John Joe Duffy who had a prior commitment and was unable to attend. 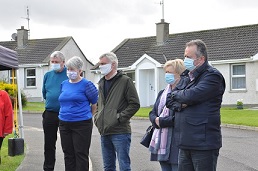 Following the unveiling and blessing everyone enjoyed a socially distanced cup of tea outside the Day Centre and were able to share their memories of Betty with her family members who were present.