Iggy's calendar has been collected from the printers and is ready for distribution - will it be sent to every continent in '21? 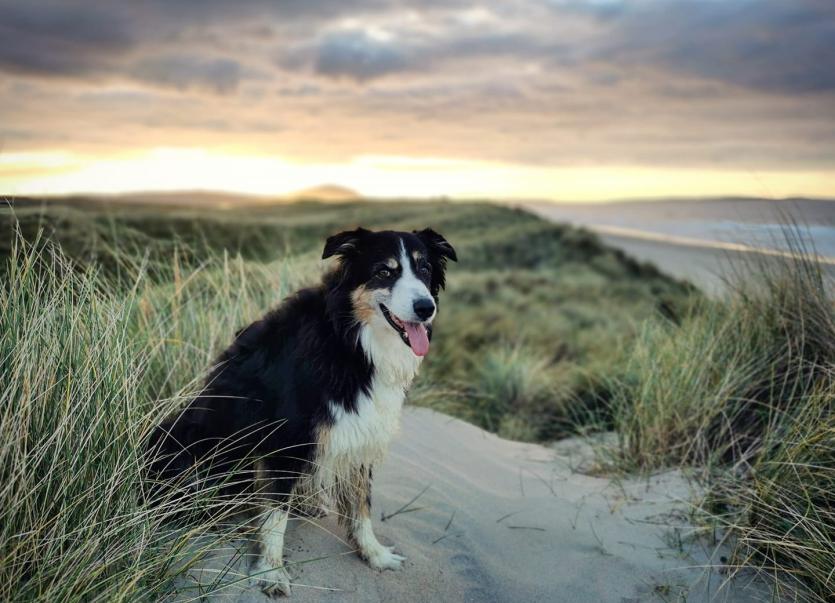 James O’Donnell has to stop and pause to think about what is happening to him and his famous dog Iggy this year as an exciting new chapter begins to unfurl.
A documentary and book are being made about their heartwarming story and James has been invited to exhibit in America. James was to have exhibited in the States earlier this year but the pandemic meant he couldn’t go.
Over the course of the last few years, Iggy the dog has almost become an ambassador for the county. Pictures of Iggy first appeared on Instagram eight years ago and later on Facebook. From the outset they had impact. The photos captured the spirit of the dog against the wild and beautiful landscape of Donegal. 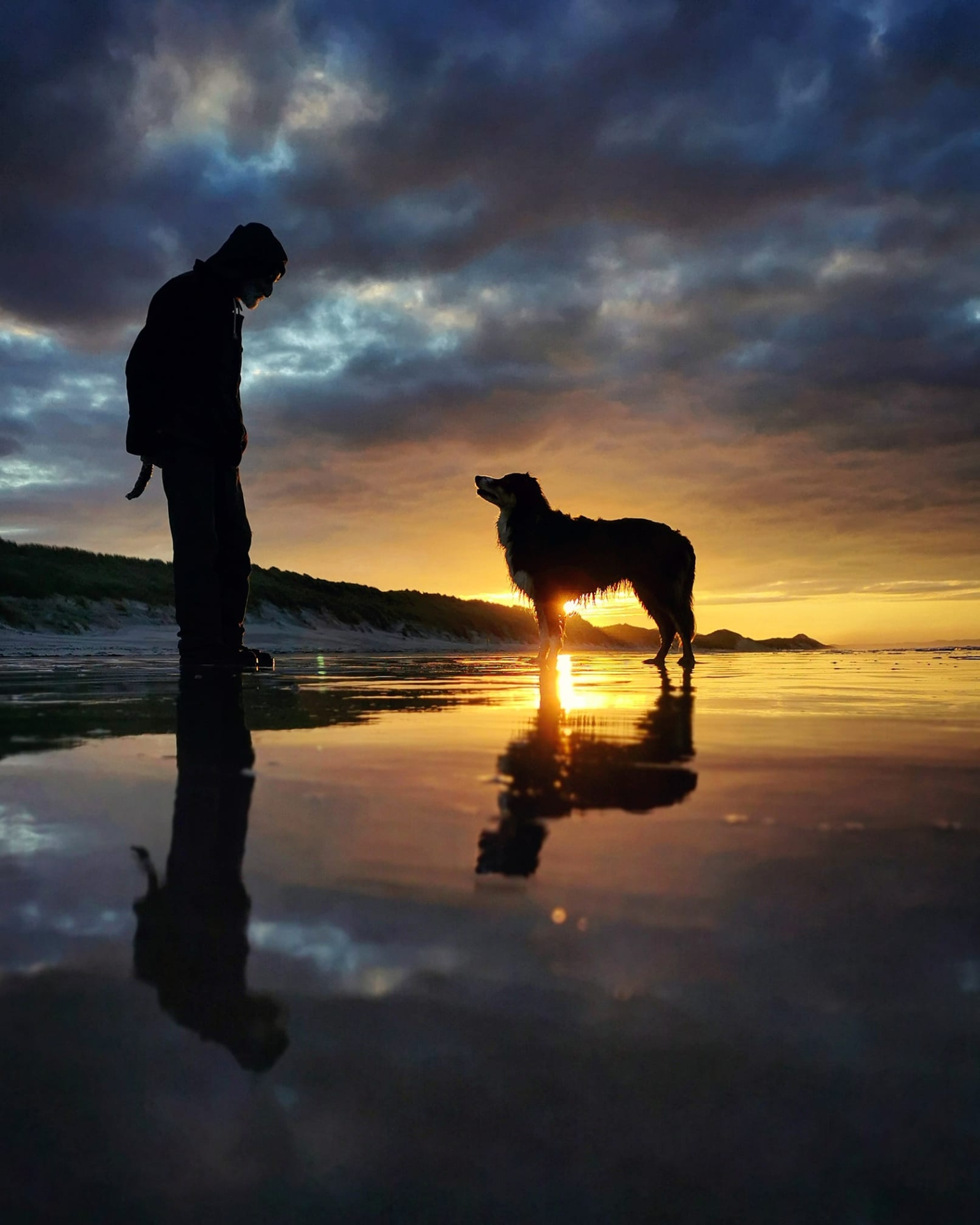 The concept was one that James hoped would inspire people to come and visit Donegal. His independent manner of thinking has reaped positive results with people from Europe and America traveling to the county as a result of Iggy.
Iggy’s reach is a positive one and people log on to social media in the morning and at night to see what James and Iggy have been up to for the day. James said that on one occasion he didn’t post a photograph of Iggy onto social media at night and he received an online message asking if he was okay - someone thought something had to be wrong if they weren’t getting their daily image of good-humoured Iggy. 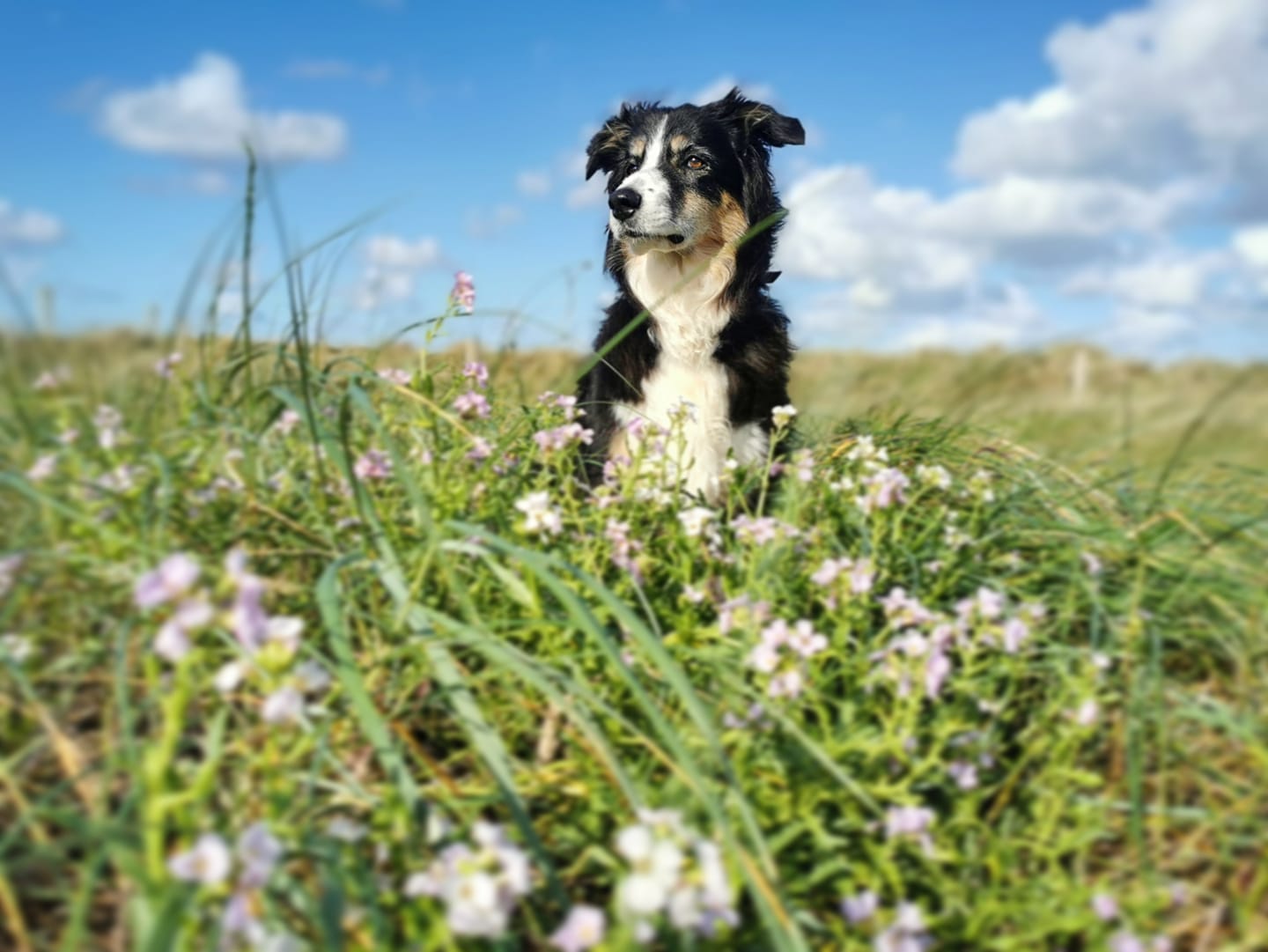 Calendar
This week, the calendar of Iggy fronts has been collected from the printers. Last year, this calendar was sent across the globe; into every continent, orders came in from every single state in America; it was sent to Asia, South America, Australia, Canada, Europe and James said a calendar is on a wall in the Antarctic. The calendars can be shipped worldwide.
James is exceptionally grateful to those who sponsored his calendar. Last year, and again this year, the 12 months were sponsored by businesses within a period of 24-hours.
“I was absolutely delighted with that - a great endorsement as well of what I am doing,” he said.
Eleven of the twelve businesses that sponsored them, this year, are from the parish of Cloughaneely and the company from outside the area was Anna Campbell’s company Bogman Beanie in Cloghan. Anna has been very kind to James sending him lovely colourful and warm beanies for his journeys through the county with Iggy.
The three main sponsors that James and Iggy have at present are Silkie Irish Whiskey, the Honeypot cafe, Letterkenny and the Sligo Southern Hotel. The three cover the three necessities of travel, for many, food, drink and accommodation. 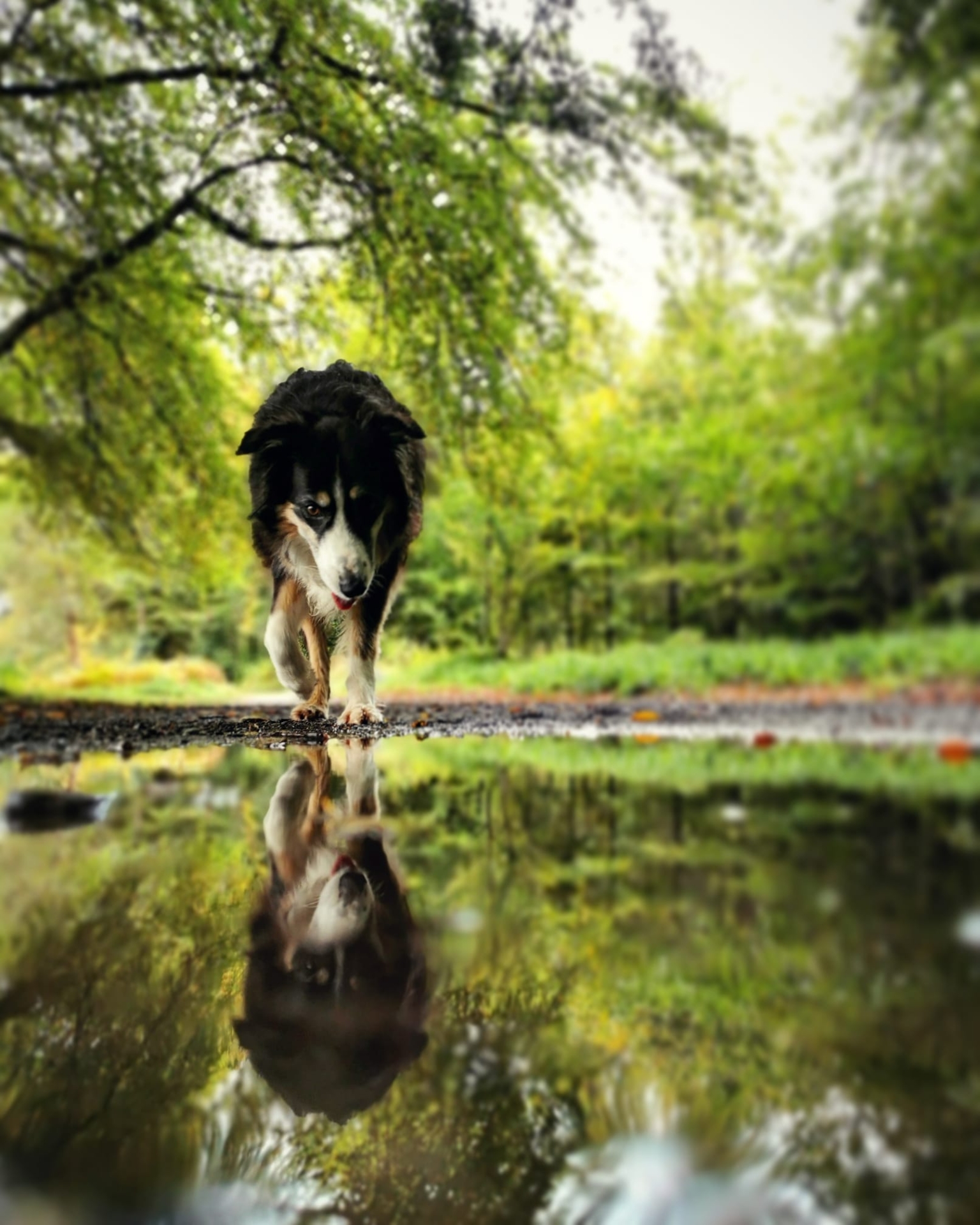 James, Iggy and the van
James decided that he was going to get a van this year so that he and Iggy could go and travel around the country. He hopes to convert it into a day van with a bed, sink and fridge.
The talented photographer has found that people around the country are eager to meet Iggy and the van would give them the freedom to do that.
“Iggy will be ten in April next year and every year after that will be a bonus because who knows what is around the corner. So, I’d love to experience those years with her getting around Ireland with her, and Britain. I’d like to take Iggy’s story out there on the road and give people the chance to meet her.” 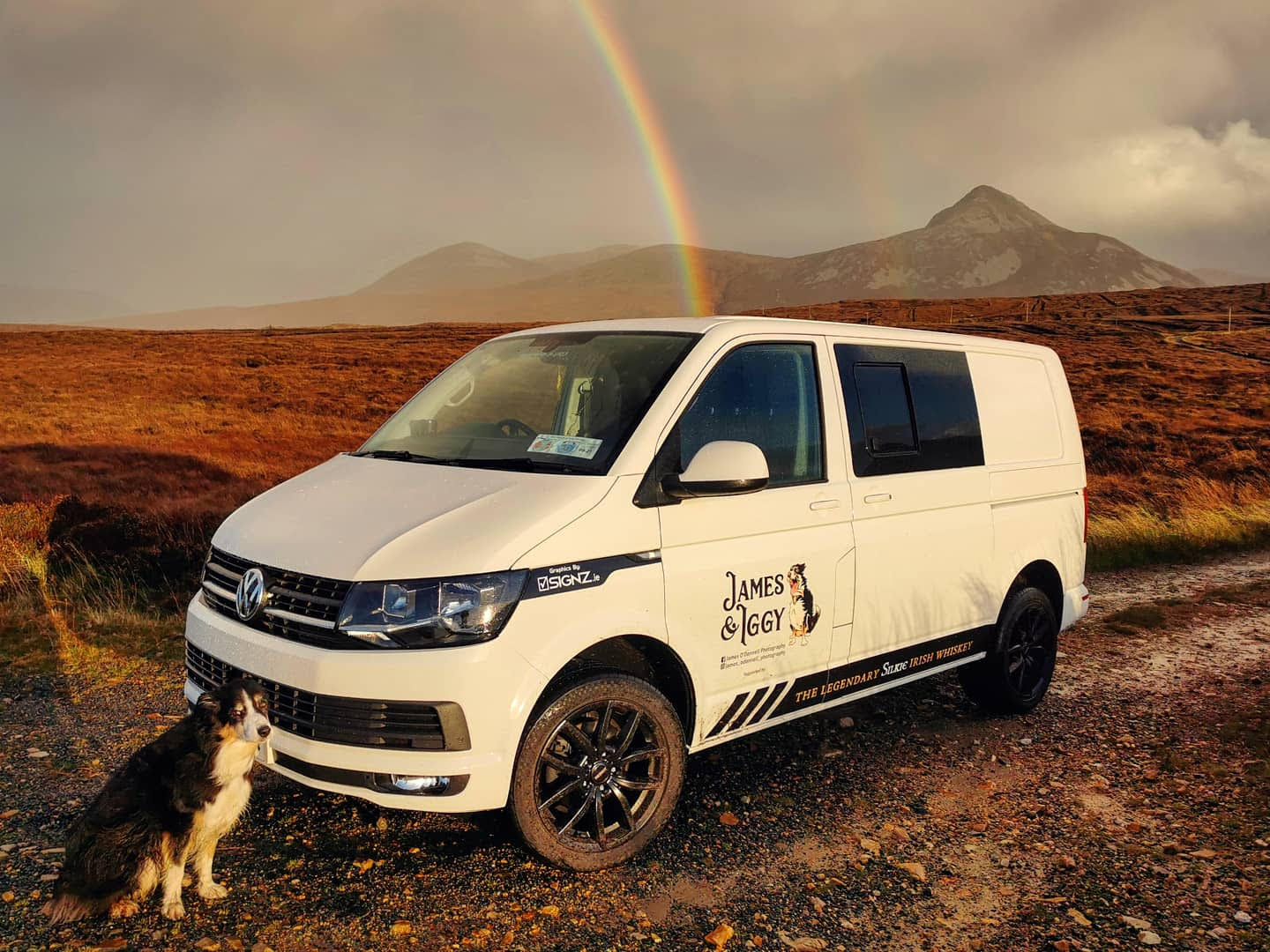 Going viral and making waves
Iggy’s first photograph reached over 100,000 views on Facebook for the first time ever, this month. The photograph was one of Iggy on the red carpet in the Sligo Southern Hotel on the night they announced that guests could bring their canine companions to stay.
The hotel invited Iggy to be their VIP on the night of the grand announcement and even offered Iggy a room key. 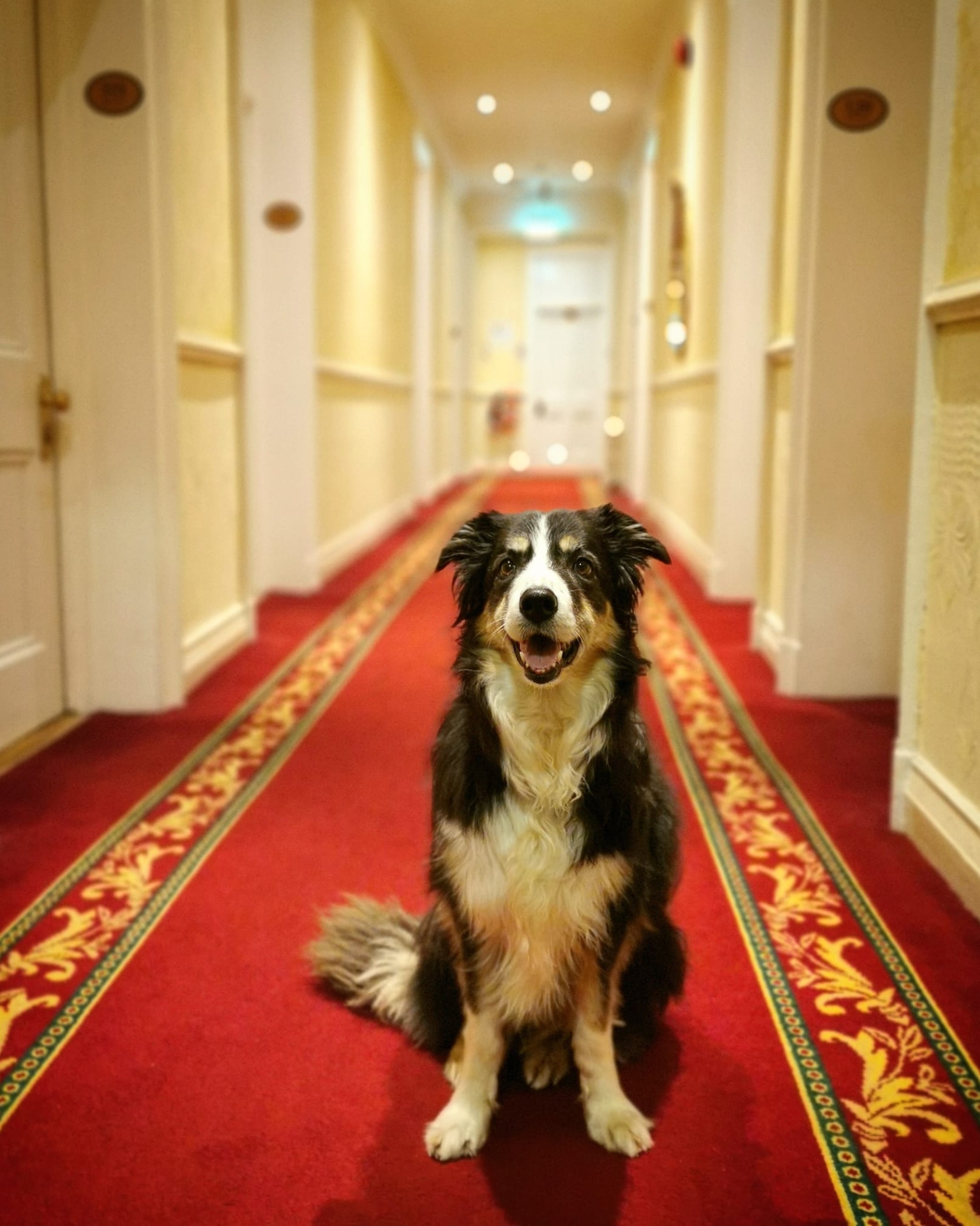 Exhibition
Last year, after the calendar went into print, James got a call from a lady in Florida.
She had always liked James’ photos on social media. However, on this occasion, she had astounding news for him.
“This lady is an assistant to Samuel Holmes and Samuel is a member of the world famous Magnum Photos group.
He is close pals with Erwitt Erwin who was the Marilyn Munroe photographer - he was behind the photograph of her holding her skirt down at the air vent - the black and white shot.
So, they happened to be in New York, celebrating Sam’s 96th in Elliot’s apartment,” James recalled.
It was on that occasion that photographs belonging to James were shown to Elliot who said that James ought to be printing. As a result of this call, James was offered five exhibitions across America.
“That was a hard phone call to take on board,” said James, who hopes to be in the States in Spring next year.
“Covid didn’t stop me, I just kept moving along. On a Friday night, in April, I was exhausted so I nipped down to the back strand with Iggy.
It was in the middle of Covid-19 and the beach was empty. I was walking along on the phone and these clouds caught my eye around the back of Tory Island.
“This long black cloud and along the top of it there were these wispy kinds of waves. I called Iggy into the shot and I managed to get seven or eight shots with Iggy in them. I knew it was very unusual. I turned back to walk down the beaches,” he said.
It transpired that the clouds were Kelvin-Helmholtz clouds and the photograph went viral and weather channels were looking to pick it up online.
Within a short period of time, James was being interviewed by Hector Ó hEochagáin for Hector Anseo.
However, two days later, James got a call from the cameraman who had shot for Hector Anseo, Dave Perry.
He said that he was impressed with the story of James and Iggy and would like to shoot a documentary. James immediately agreed because he wants people to hear Iggy’s story - the story will be revealed in the upcoming documentary. Filming is in progress and a book is currently being written about Iggy and James. 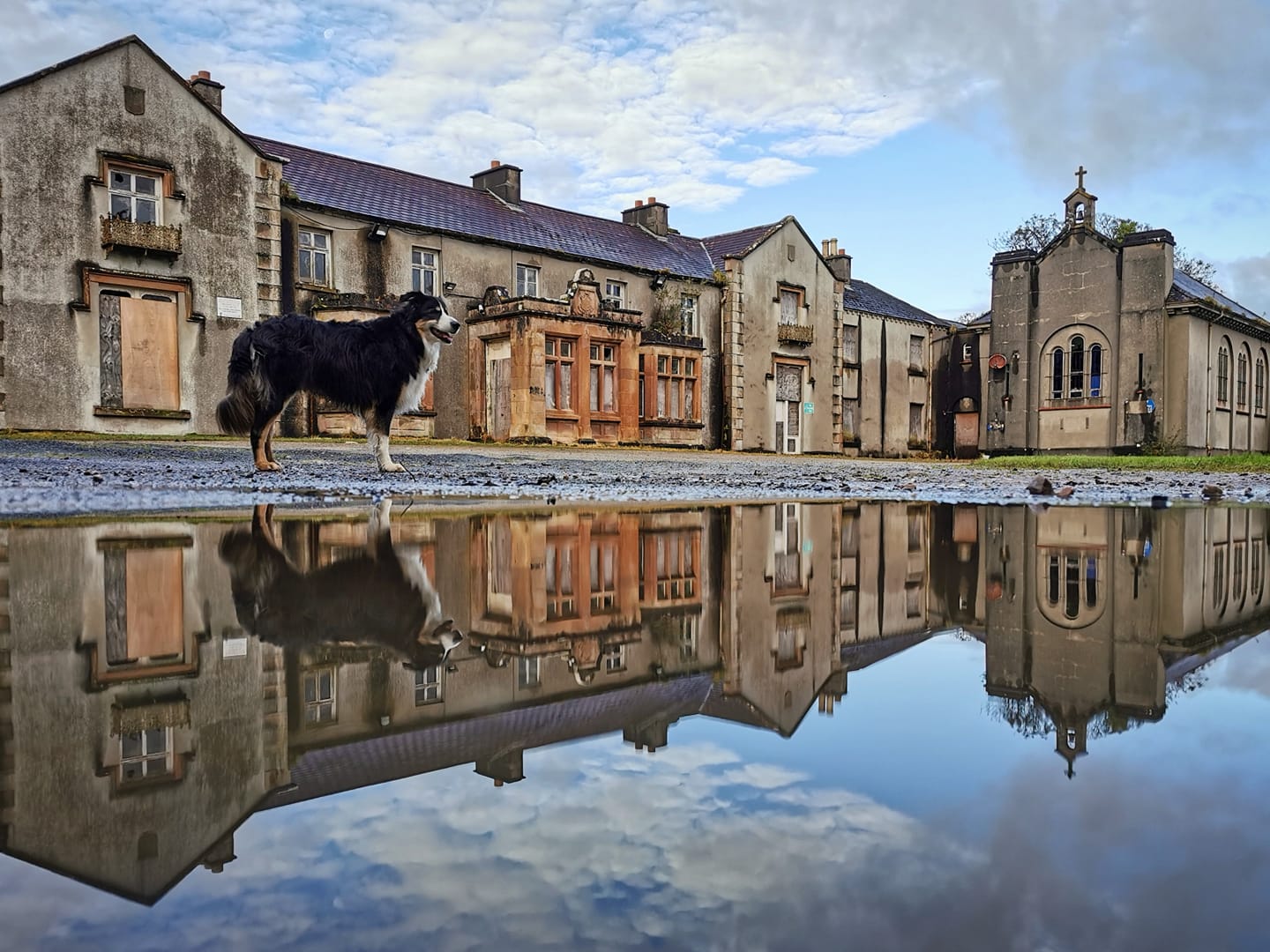 Background
James arrived home to Falcarragh from London at the end of 2008. His contract had finished in North London with a water company. James was supposed to return to London but following four weeks at home James decided not to go back.
The recession hit Ireland soon after and James witnessed young people leaving the area, once again, in their droves. It reminded him of 1987, the year he left Donegal for England at the young age of 15.
“To see young kids going away again - it had an impact on me,” he recalled.
He stood on Falcarragh main street one day - watched the cars pass through the town and was disappointed as none of them stopped. This was happening a lot.
“I said, right, people are ignoring our wee town here and all the youth are leaving. I thought by sharing a photograph, if I can influence someone to come to Falcarragh, to stop and to eat something in a local cafe, or even stay a night, they are helping the local economy in some way,” he said.
At that juncture, James was doing a lot of walking and hiking.
“I was falling in love with Donegal, again. I was taking photographs for myself at the time. My friends and family saw them and they encouraged me to publish them or put them out somewhere. I wasn’t a fan of social media but my sister-in-law Siobhan, she introduced me to Instagram and this was the end of 2012 and I looked into it and I liked the format, it was quite anonymous, all you did was post a picture and put whatever kind of details you wanted and that was it,” he said.
James was 41 when he posted his first photograph. “I didn’t know I was a photographer until I started taking pictures of Iggy,” he said.
He found his work therapeutic and thought that if he found them helpful - they may also help people around the world. 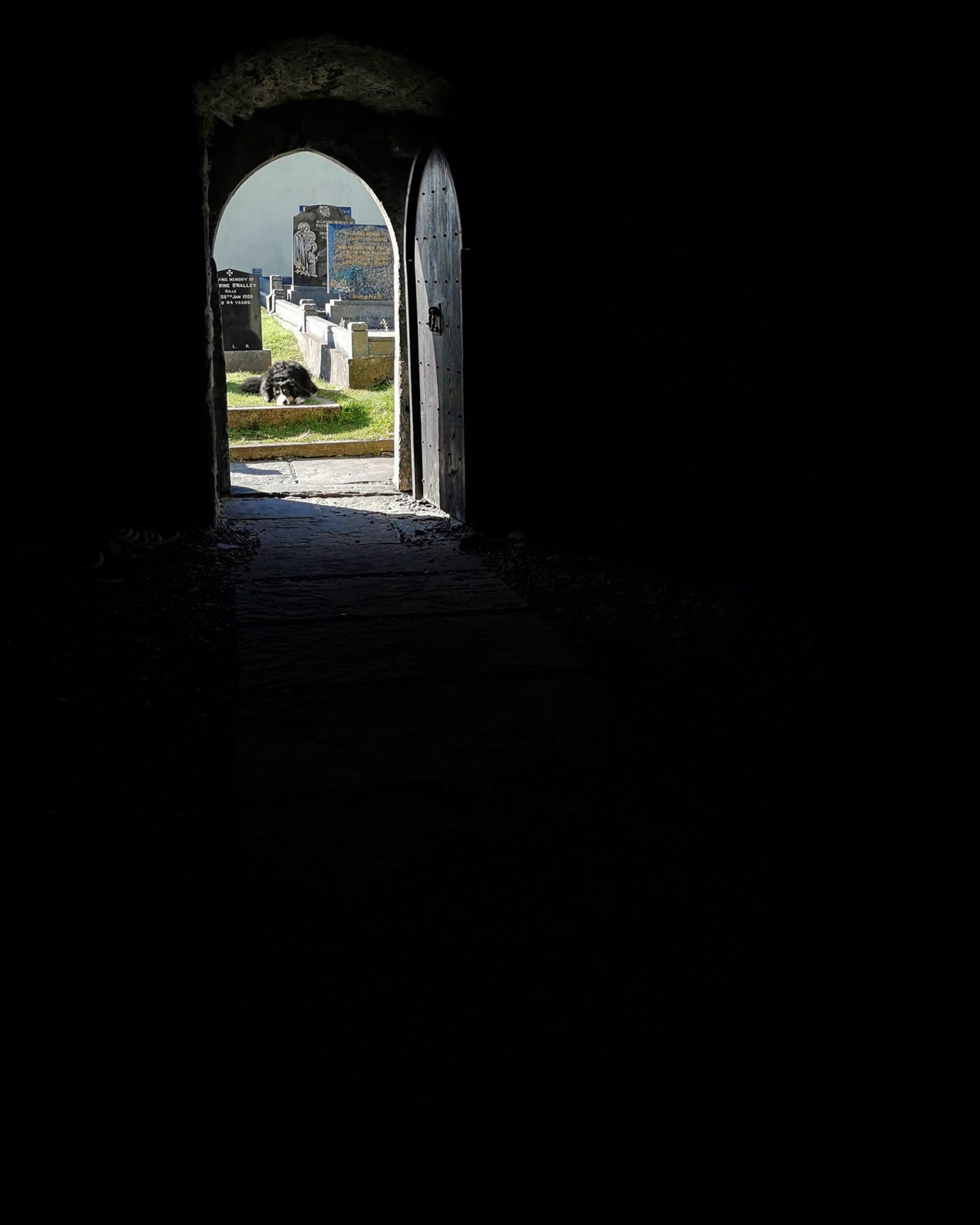 Where is Iggy?
In January 2013, James began posting and was delighted when one of his pictures got ten likes, on one occasion.
“We got a few features then, ‘Photograph of the Day.’ Iggy wasn’t in my photos for the first three months. So, I started introducing Iggy - she was off in the distance, you had to study the photograph to find her. It has come to the stage now where I get criticised if Iggy isn’t in it. If I took a picture out of an aeroplane window, people would still say where is Iggy?” James said laughing.
Sarah Sayers, a local photographer, encouraged James to go on Facebook. The move has proven positive for James, he and Iggy have over 17,000 followers on his photography page. On Instagram they have 10,000 followers. 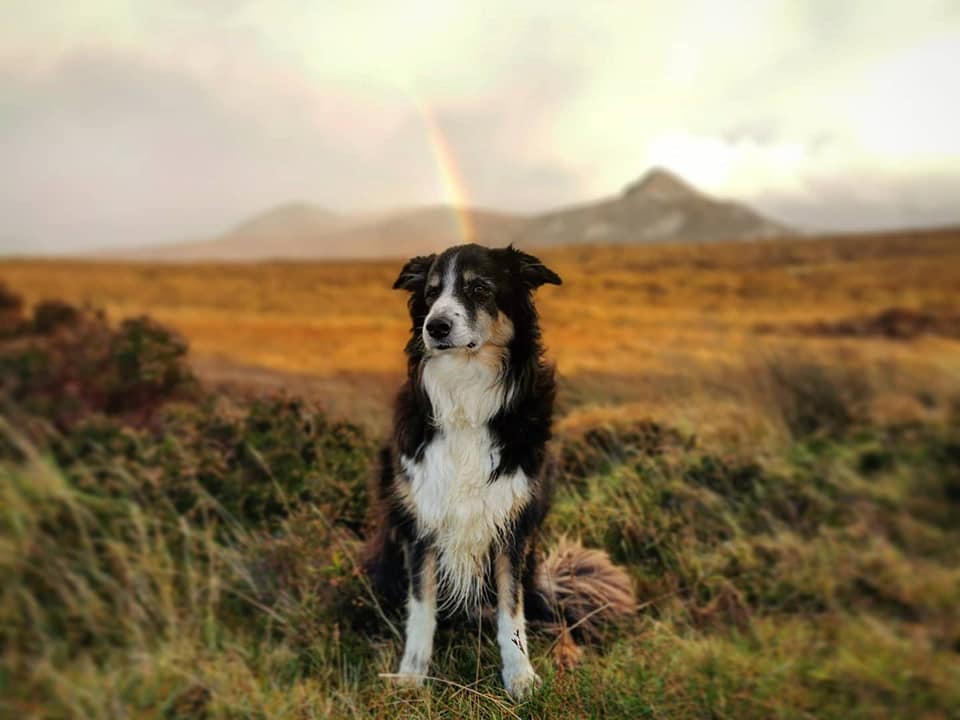 James made things happen
When James began taking pictures of Falcarragh and the local environs - he hoped that people would come to Falcarragh and Donegal and spend some time in the region - as a result.
His independent vision has yielded great results. People have traveled from Europe and America to stay in Donegal having been inspired by the photographs of Iggy.
People have said to him that they had intended to holiday elsewhere in Ireland but that Iggy brought them to Donegal. The photographs of Iggy are taken against wonderful backdrops.
“And now it has come to the stage where people are traveling to Falcarragh to meet Iggy and spend their money in Falcarragh. That is fantastic, and that was my plan from the start,” he said.
The future looks bright for Iggy and James as they intend to tour next year and showcase more stunning photographs from around the country.