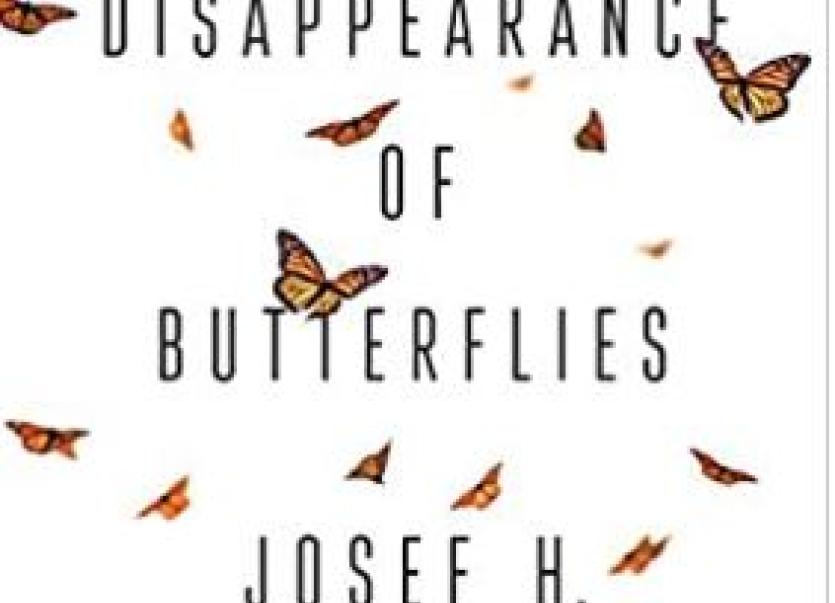 An environmental biologist who has won the German Science Book award twice has written a new book based on the demise of the butterfly population.

In his new work ‘The Disappearance of Butterflies,’ Josef H. Reicholf makes a passionate plea for biodiversity and the protection of butterflies.

The eminent entomologist, who began studying butterflies in the late 1950’s, states in his book that over the last fifty years our butterfly populations have declined by more than 80% and butterflies are now facing the very real prospect of extinction.

In this work, Reicholf brings us on a journey into the wonderful world of butterflies and moths, he writes: “I became familiar with butterflies when I was just a child. I saw dozens of large swallowtails with their distinct black lattice over pale-yellow wings. They flew to our garden to lay their eggs on carrot leaves. Their green caterpillars with green spots gave me particular pleasure when I discovered them weeks later.”

From an early age, Reicholf was a meticulous record keeper. He recorded numbers in nature around him and the conditions surrounding them.

In this work we read about fascinating butterflies and moths that few people have heard of before. His descriptions and detail as delicate as a butterfly wing.

Among these are the moth known as the ‘little nymph of the water lilies.’ It was through his study of moths that the scientist discovered that the populations were changing.

“With my study of aquatic moths, I was only able to record a narrow spectrum of the insects that lived in gravel pits and small waterbodies. I observed their colony loss through the disappearance of the ponds in which dragonflies and frogs, and in dryer areas also lizards and beetles, had been comfortable. One by one, hedgerows and field copses also disappeared. The riparian woods by the River Inn were almost totally uprooted because of booming maize cultivation.”

Throughout the book, we read about his passion for butterflies and moths with their individual colours, beauty and characteristics. We hear wonderful stories about his experience with these creatures and observe wonderful and captivating photography.

This book is a step-by-step science which explains the reason behind this impending ecological disaster, and shows how it is linked to pesticides, over-fertilization and the intensive farming practices of the agribusiness.

The hardback book is available online and costs €28.30.