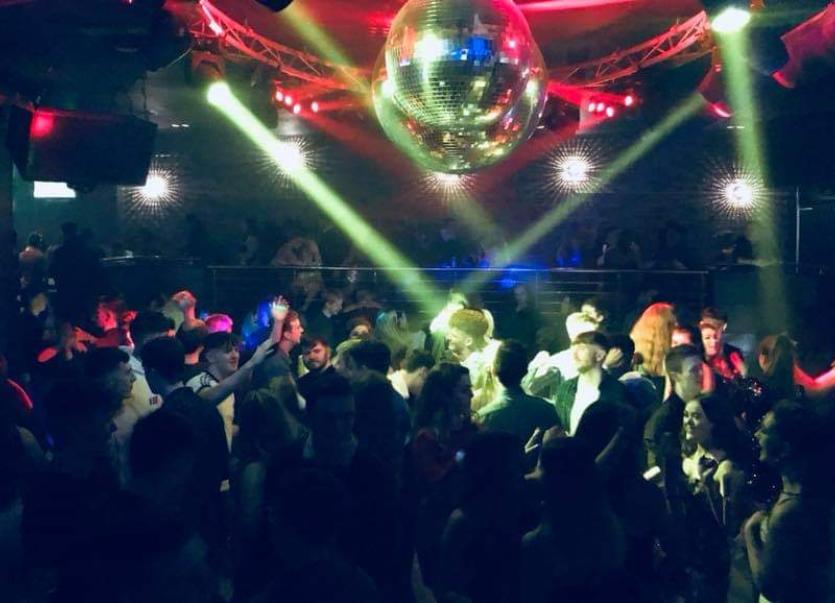 I don't think I’ve ever been brave enough to put this fact down on paper.
And you can probably understand why.
Back when I was in the prime of my youth, aged probably ten or 11, I beat off some serious competition to win first place in a ‘Birdy Song’ dance off.
I can remember it clearly. The competition was held during a youth club Christmas disco held in the Golden Grill back in the 1980s.
The adults would go round the dance floor, tapping children on the shoulder to indicate they were out, while that dreadful song was played over and over again and the rest of us did our best to hang on to win.
I ended up being the last child standing and my wonderful dancing talents were rewarded with a selection box.
The day didn’t end too well however. By the time I’d got home, the selection box was well gone - shared between myself and my buddy Niall Harkin on our way from the Grill to Convent Road. Let’s just say my mum wasn’t impressed.
Thankfully, in the years that followed, I managed to avoid meeting mammy at the front door when I’d arrive back home from the Grill with a few pints on board, not a selection box.
The news this week that planning permission is being sought to demolish the Letterkenny venue prompted an amazing reaction on social media.
The Grill was part of so many people’s lives for so many generations.
It started out as the Golden Grill, opened by Bernard McGlinchey in a premises just across the road. It ran then as a cafe (hence the Grill connection) but when it moved across the road, it began to hold dances during a time when the Showband scene was at its most popular.
But in the 70s and 80s it quickly became one of the biggest night spots anywhere in Ireland. It wasn’t just a brilliant disco venue, it held concerts, feiseanna, bingo and other events. 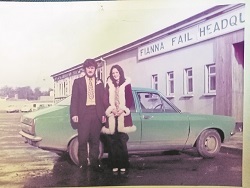 A snap from the past. It features Brid and Bernard Gallagher, Cranford taken outside the Grill in 1973 Picture courtesy of Carol Gallagher

Bernard McGlinchey’s Fianna Fáil affiliations also ensured that it would be the scene of some memorable party conventions over the years.
By the time the ‘90s arrived, I was at an age where Friday or Saturday nights in the Grill were quickly the norm.
At this stage, the Grill had two disco venues - the Millionaire Club and Bella’s - and you chose your disco depending on your musical tastes. I was a Bella’s man, but in truth, most people just wandered between the two, and by the end of the night, your choice of disco often depended on who you’d your eye on . . .

I'm not sure why, but when I think of Bellas, I think of bands from that time - like Joy Division, The Cure, the Smiths.

I have a memory of Prince getting played a lot. I think there were always a fair few fans of Prince in Letterkenny.

And I remember winning a wager with my mate Eoin McShane one night when the opening bars of Under Pressure came on. I had a time trying to convince him that it was the original version and not the Ice Ice Baby rubbish. Sorry Eoin . . .

Christmas was always good craic at the Grill too. And New Year's Eve. I can also remember when they got one of those ice machines in the Millionaire Club and Keith Fletcher blasting out dry ice onto the dance floor all night.

Victor
Most people will remember Victor Fisher taking the tickets at the door. Your admission fee included a supper. The sausage and chips and egg mayonnaise were divine.
The bus drivers who brought patrons from Derry, Strabane and much further afield, got their supper free.
Thinking back, the staff at the Grill rarely changed. Some of the bouncers and bar staff worked there for years. Imagine the stories they could tell.
There were discos too in the old Ballyraine Hotel in Letterkenny - it was called Scorpio’s and was always packed to the doors on a Saturday night.
Neros which is now the Pulse was located on the bottom of the Port Road (my mates used to sing ‘No More Neros anymore’ to the tune of the Stranglers classic); and there were discos too in the Downtown, St Eunan’s GAA club, the Central and the Orchard.
But the Grill was the place to be. After warming up in the old McClafferty’s Bar, Blake’s or the Cottage, it was off to the Grill where the night could literally go anyway!

Soon to be no more - the Golden Grill

Generally speaking, you’d meet the same faces every Friday or Saturday night. At one time, the Grill had discos running every night of the week with Student nights hugely popular too.
People will also recall some memorable nights when some top Irish and international acts played the venue. The Letterkenny Folk Festival used to hold concerts at the Grill back in the 70s and 80s and traditionally, the Old Folks Christmas party was held every December.
I can say that with authority because my dear mammy used to help volunteer at that event, and one year she talked me into going up on stage to entertain those present. I treated them to a rendition of 'In the Bleak Mid Winter’ (I was a proud member of the St Eunan's Cathedral boys choir back then).
Fast forward a few years, and I was dancing in the disco, bumper to bumper . . .
The Golden Grill. Great nights, good craic. And for the most part, happy memories.