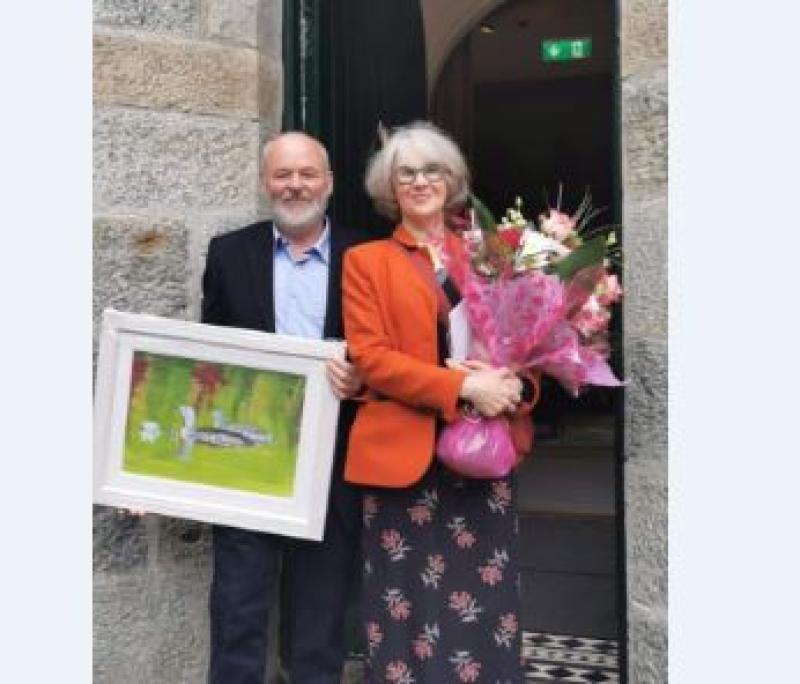 Dave Duggan and his wife Grainne

The staff at Glenveagh National Park have paid tribute to Dave Duggan who after 40 years of service, retired from the park this week.

Dave took up the position as a ranger in 1981 and worked in the park for 17 years.

During these years he was involved mostly with deer and woodland conservation, bird and plant surveying and leading nature walks.

Dave later progressed into management with the National Parks and Wildlife Service, as a District Conservation Officer in 1997 and eventually became  Divisional Manager with responsibility for NPWS in the northwest and north midlands counties. 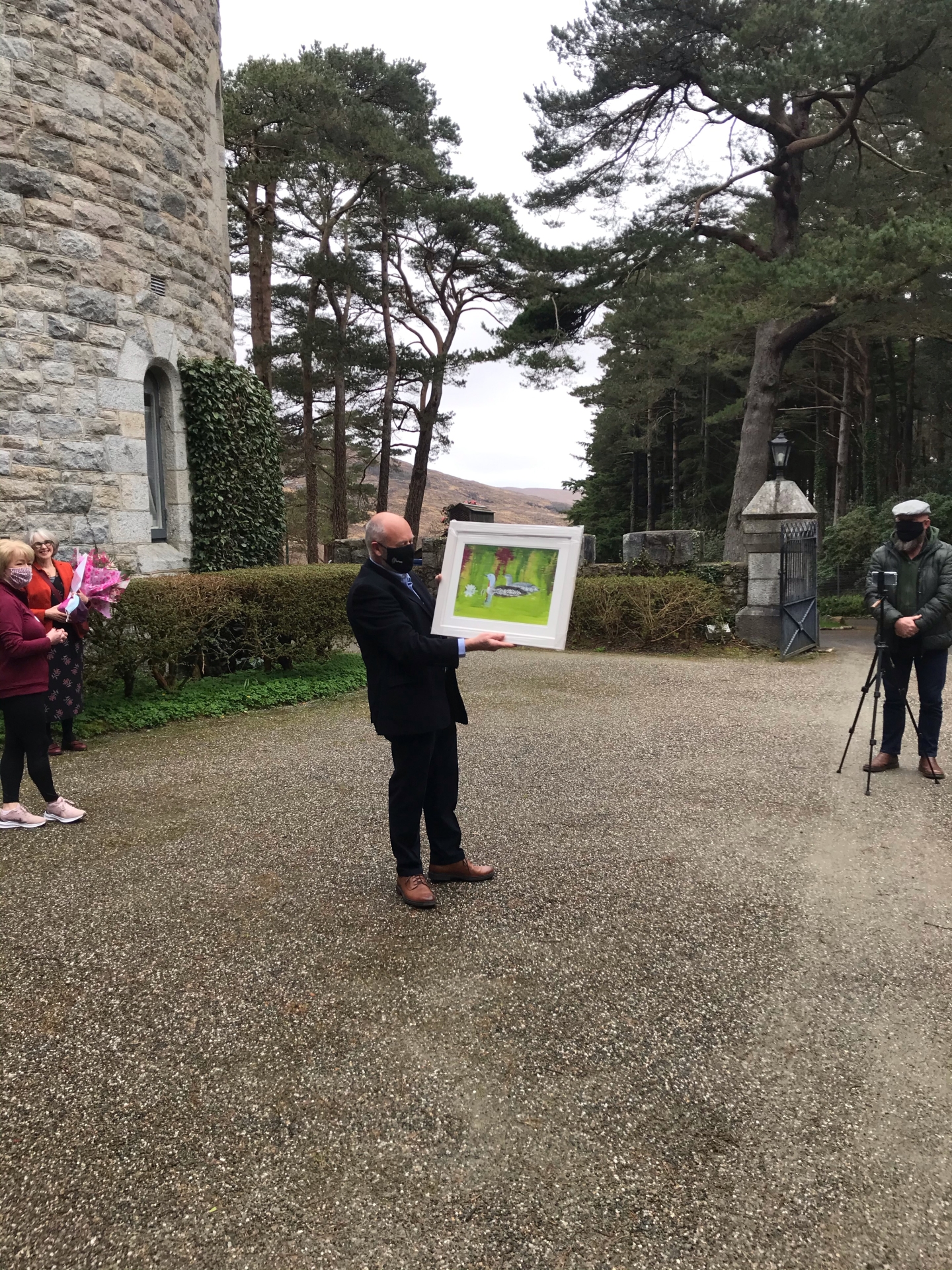 The staff at Glenveagh wish Dave a long and healthy retirement with Grainne and their extended family. Dave was presented with a painting of the rare Red Throated Diver which resides in the park