Stamp of approval as Tommy celebrates 40 years with An Post 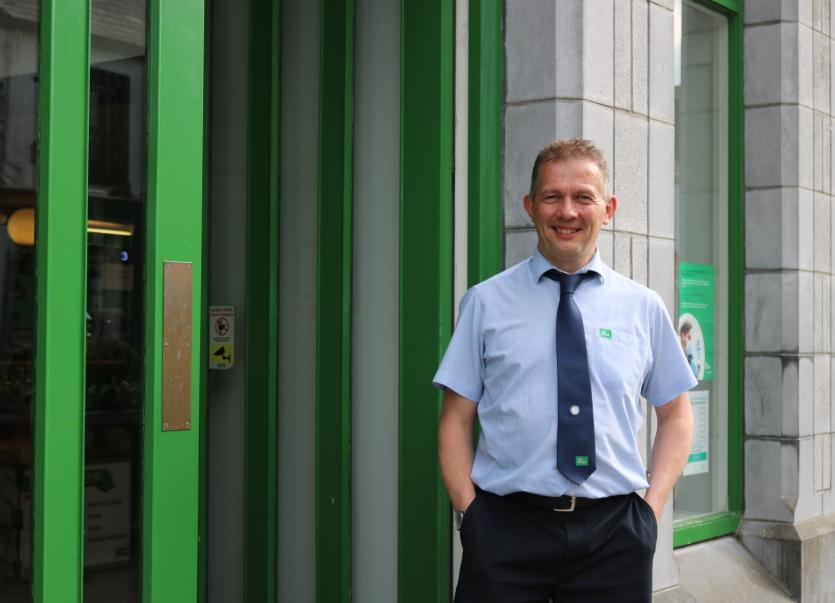 A slice of apple tart and a cup of tea - the perfect way to celebrate a special anniversary during these socially distanced times.

Today, the counter staff at the post office on Letterkenny’s Main Street, couldn’t let Tommy McNaught’s 40 years with An Post pass without some small bit of celebration.

The popular Rathmullan man started out with An Post back on April 21, 1981.

Over the years he has been an important part of the An Post team, guaranteeing his customers a friendly smile and a chat.

Today, he got some special treatment from his colleagues who in normal times, would have organised a bigger and better celebration. Still, the apple tart went down a treat . . .

A keen sportsman, Tommy played with Rathmullan Celtic for many seasons, and still enjoys staying fit. He likes to swim and cycle, and the odd run too. Tommy also likes a leisurely stroll with his dog Princess.

And when the restrictions are eased, he will be back at Finn Park to support his beloved Finn Harps.

Married to Siobhan, the couple live in Ballybofey. Tommy has two grandchildren, Freya and Fián. He is a son of the late Tony and Etta McNaught - his mum sadly passed away last year.

Tommy is also closing in on another milestone - he has donated blood 99 times, and is just one more donation from reaching the magical 100 mark.

Another excuse for a slice of apple tart and a cuppa . . . .