Ryan is the winner of Errigal College art competition 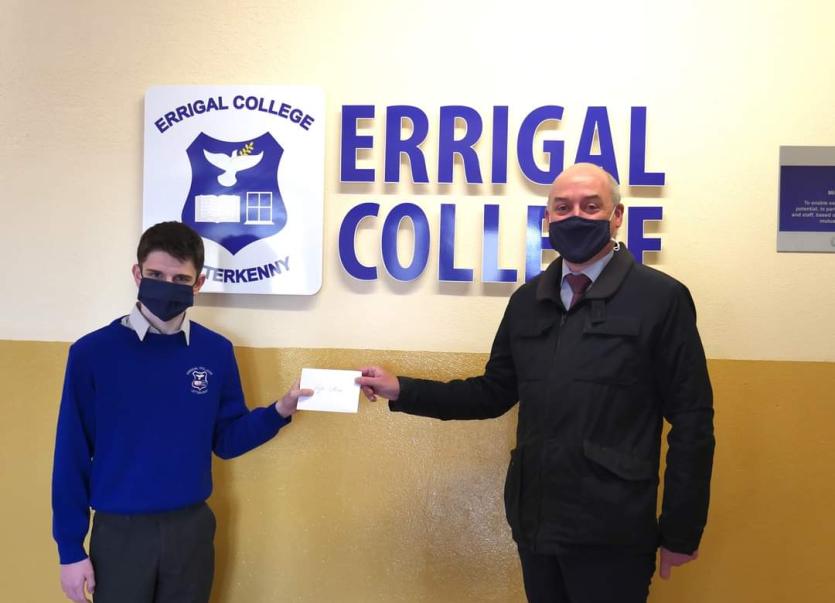 The pupils of Errigal College in Letterkenny take pride in the part they play in different aspects of their local community.
Their latest project - an art competition to highlight the importance of recycling and having a ‘tidy town’ - proved a tremendous success.
At the end of the recent lockdown local businessman, Gerard McCormack, who is a member of the Letterkenny Tidy Towns organisation, contacted Errigal College S.N.A., Sarah Lockhart, about the possibility of organising an art competition.
The aim was to create ‘colouring-in’ pages for primary school children, so they can become environmentally aware while enjoying themselves colouring the various pictures.
Errigal College’s pupils produced over 40 entries under the guidance of Art teachers Orla McGuinness and Marie Crossan. The theme of the competition was to capture the impression teenagers have of recycling and biodiversity, and their role in creating a ‘tidy town’. 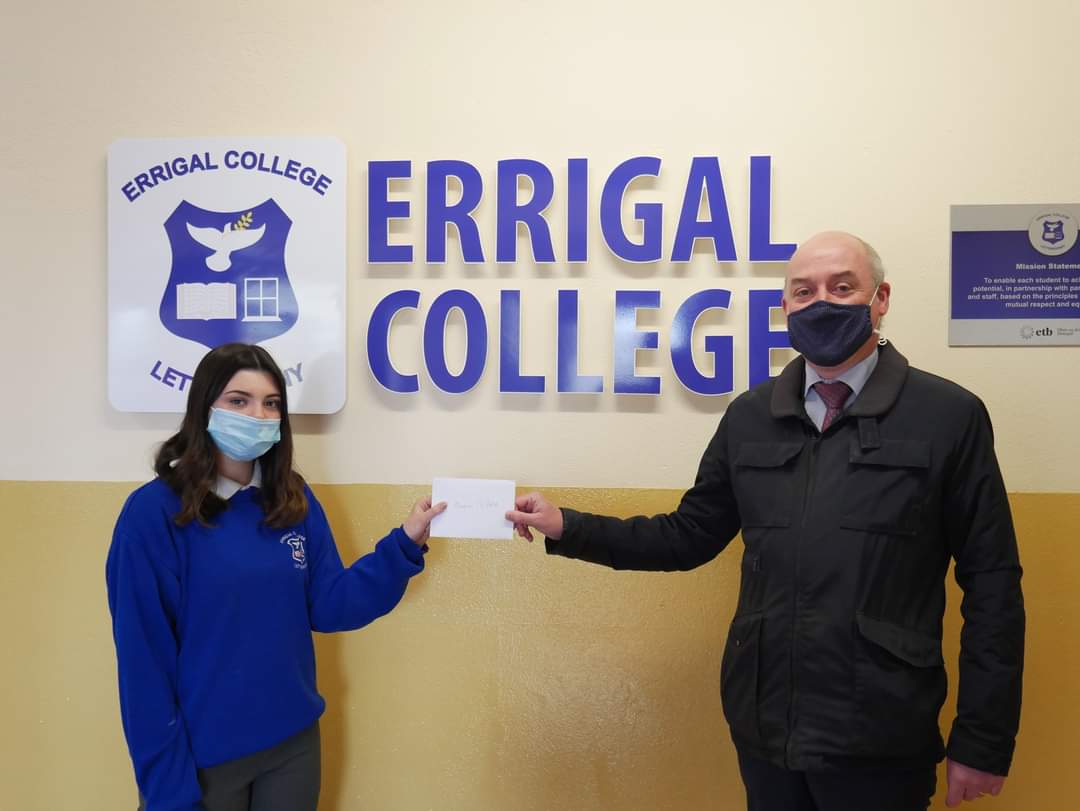 Ms Crossan said the students were very enthusiastic about helping to make their town a cleaner place and Ms McGuinness agreed, saying she was delighted by their ideas and their work.
First prize went to Ryan Watson, 3rd year, for his ‘Bart Simpson v Litter’ cartoon.
In second place was Peter O’Donnell, Transition Year, and he focused on water pollution.
Third place went to Madison McCrea whose work showed the beauty of nature.
The awards were presented by Gerard McCormack on his recent visit to Errigal College.
He thanked the school principal, Danny McFadden, for the successful collaboration of staff and students and the wonderful work they produced. 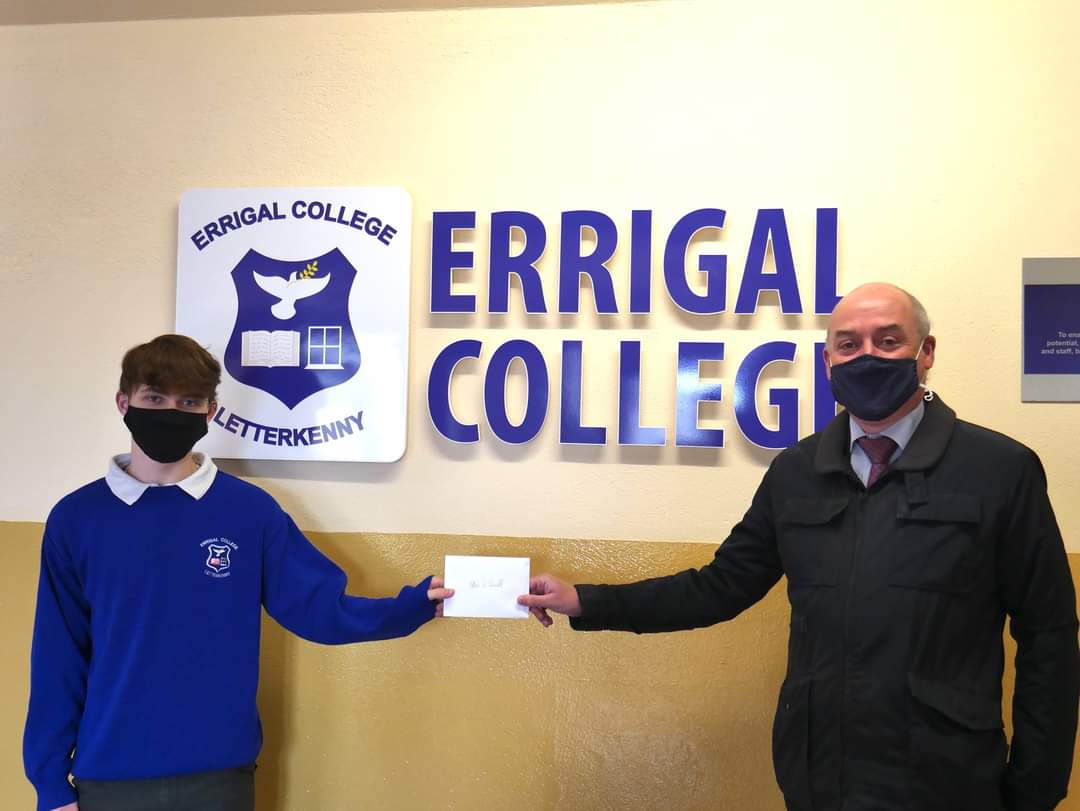 Mr McFadden thanked the Tidy Towns organisation for choosing Errigal College for the project and spoke of his pride at the quality of the artwork of Errigal College students and his art teachers.
The prizes were sponsored by ShopLK.

Active
Errigal College’s students have been active this year volunteering their time to help the Letterkenny community.
Much of this was part of the Gaisce - President’s Award programme which they are undertaking with teacher Ms Niamh Cullen.
And much of it was simply their desire to help some of the positive programmes and projects taking place in Letterkenny and a continuation of Errigal College’s long tradition of community involvement.
Last October, the Errigal College Transition Year students rolled up their sleeves and joined with the Ard O’Donnell Residents Association planting flowers in Lr Ard O’Donnell.
And in November and December, Errigal College’s students helped Donnan Harvey with his Letterkenny Cathedral Quarter project.
Errigal College is already looking forward to September when a fresh cohort of Transition Years will continue on this great work. 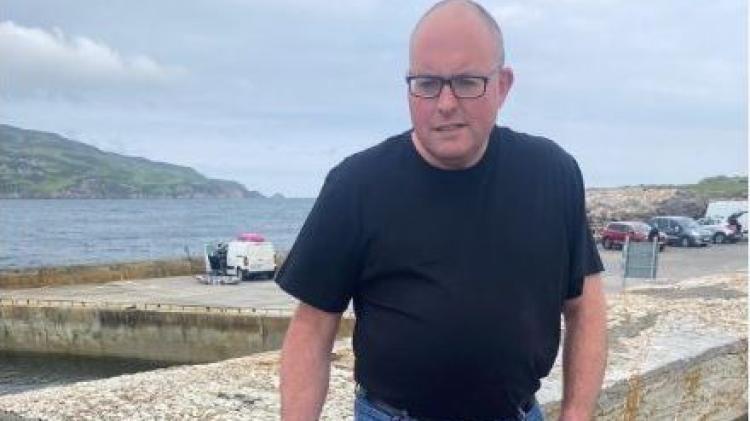