From Clapham Common to Long Lane - 50 years of wedded bliss 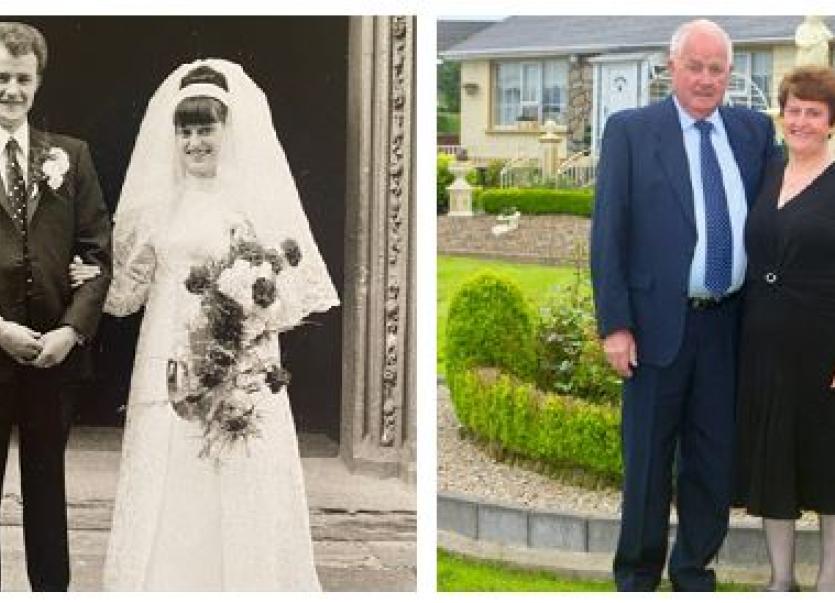 In normal times, family members and their many friends would have loved to have joined in the celebrations as Pat and Bridie Friel marked their Golden Wedding Anniversary last weekend.
The much-loved Letterkenny couple were married in London back on July 3, 1971, and on Saturday last, they celebrated 50 years of wedded bliss.
Due to the Covid-19 restrictions, it was a quiet affair with the family attending Mass on Saturday morning and then a special anniversary dinner later in the day.
A native of Clare, Bridie was born in Lissycasey and Pat hails from Fanad.
They both emigrated to London in the 1960’s and met on March 12, 1966 in the famous Shamrock Dancehall. 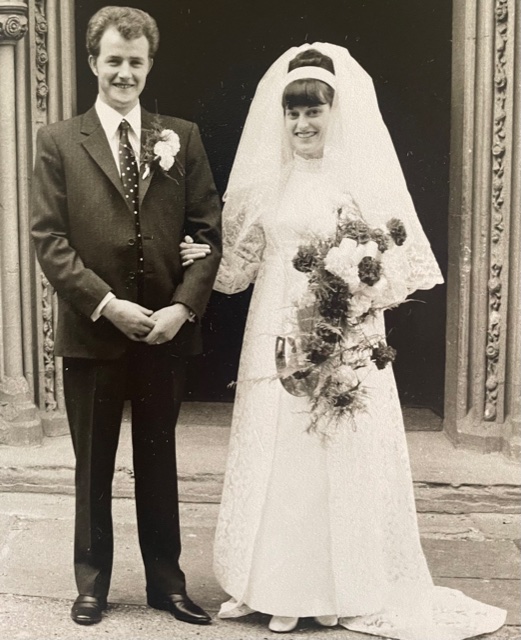 Pat and Bridie Friel pictured on their wedding day at St Mary’s, Clapham Common in London in July 1971

Just over two years later, in September 1968 they got engaged, and were married in St Mary’s, Clapham Common on July 3,1971.
Pat’s cousin Father Francis McAteer, now parish priest in Glencolmcille, was the celebrant.
The Friel family began to grow, with three new arrivals, Mona, Donna and Patrick.

Letterkenny
In 1979, the Friels decided to move back to Ireland and settled in Long Lane, Letterkenny. There were just nine houses on the Lane at that time.
Pat took up employment in Unifi in Letterkenny before the Imed factory opened in 1982 where he worked as a security guard. 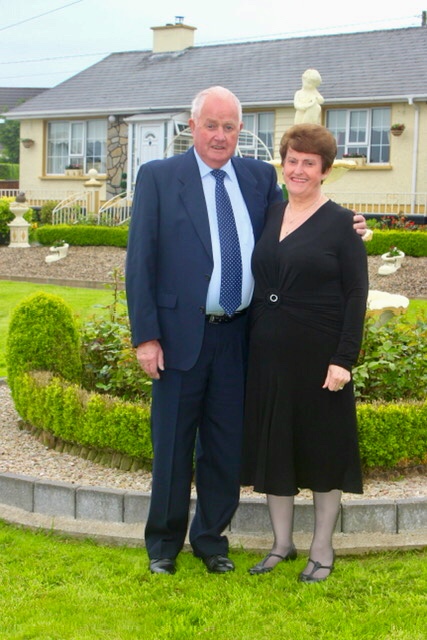 This move introduced Pat and Bridie to their close friends, Alfie and Breid McCool. In 1983, Bridie began working in the canteen in the Gaeltex factory where she was part of the staff until its closure.
The couple are lifelong Manchester United and Fanad United fans and football plays a big part in their family life.
They rarely miss a Fanad game and travel regularly to England to watch their beloved Man United and are proud to say that they even saw the great George Best play.

They take great pleasure in working in their garden and spend many hours tending to shrubs, plants and flowers. They have been the proud recipients of three Tidy Towns awards over the years.
On Saturday last their life together was marked with well wishes from family and their many friends.
They rounded off the day with dinner at the Silver Tassie in Letterkenny.
They hope to have a celebration with family, neighbours and friends when better times allow.
Pat and Bridie wish to thank everyone for their gifts and well wishes and look forward to many more happy years together.