Game, set and match! - Tennisathon raises over €2,000 for charity 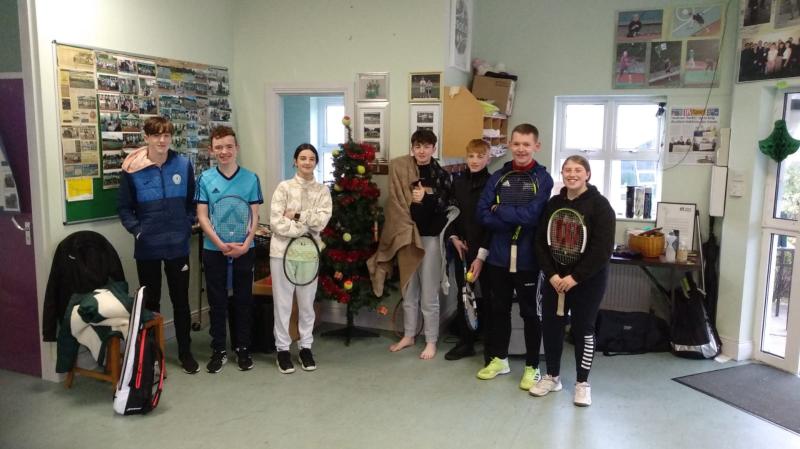 Some of the participants in the Tennisathon fundraiser

St. Eunan’s College Transition Year student, Cian Blake has long felt it was time for the junior members of Letterkenny Tennis Club to give back to the community.

So, along with five other juniors, he recently organised an incredibly successful ‘Tennisathon’ event to raise much needed funding for two local charities.

The ‘Tennisathon’ began at 10am on Friday with a doubles competition for a number of TY students in St. Eunan’s College. They had all participated in the tennis club’s inclusion programme which sees students from St. Bernadette’s Special School participate in the sport with the aid of local secondary school pupils.

Over the past number of weeks, sponsorship forms had been distributed to the juniors of the club who attend coaching classes.

“Beth and myself have completed the Tennis Ireland Play and Stay Assistant Coaches course and have been coaching for over a year now, so we felt that we had a good enough relationship with all of the kids so that we could ask them to get sponsorships for the event.” explained Cian. 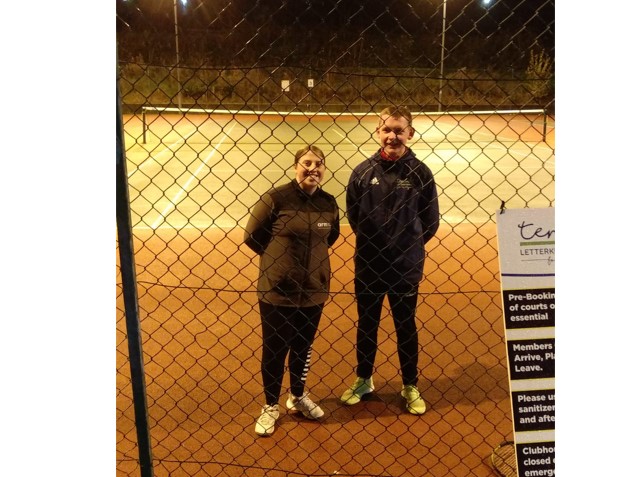 The organisers of the charity event, Beth Cottrell and Cian Blake

Letterkenny Tennis Club has recently had a fifth court installed as well as three mini courts and there was an incredible turnout for the charity event.

Cian continued “At one point that evening, despite the cold, wintry showers, all eight courts were being played on, which produced a really great atmosphere.”

Cian said he would like to give a huge thanks to all of the members of the club who played or donated money, sponsors  - Scarpello and Co., Brian McCormick Sports and Leisure, Mac’s Deli, 4 Star Pizza, Arena 7, Greene’s Shoes and 4 Lanterns; as well as the TY coordinator in St. Eunan’s College, Mr. Gerard Faulkner who was a tremendous help in organising the event.