Adding colour to the heritage of St Colmcille 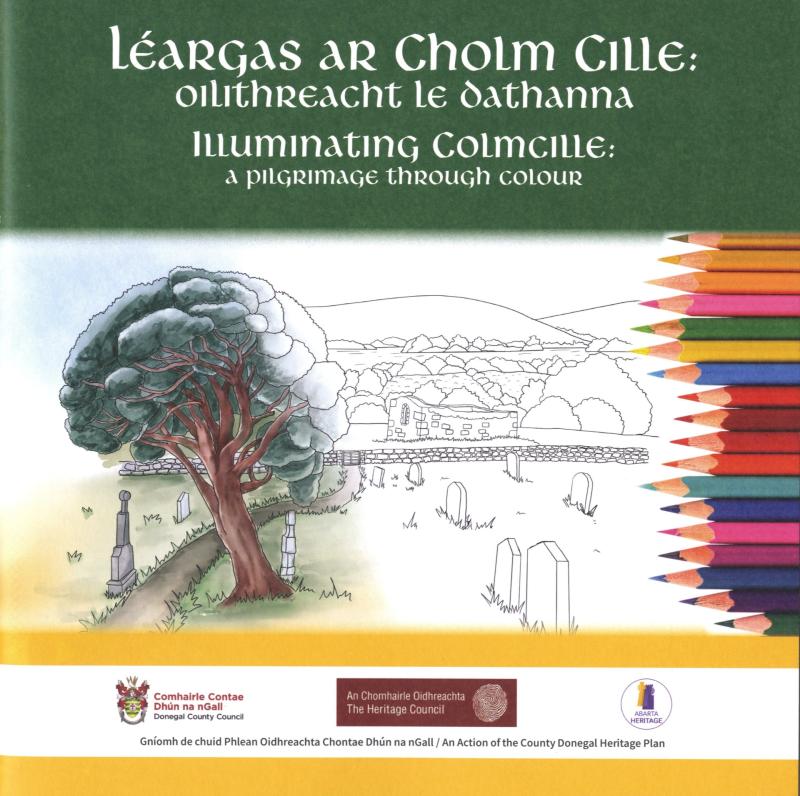 Saint Columba to be illuminated today - people urged to light a candle at 5.21pm

“It was researched and written by Neil Jackman and Róisín Burke of Abarta Heritage and is beautifully illustrated by Sara
Nylund with contributions by Donegal-based artists Tara McLaughlin, Mark Mac Grory and Barry Britton. The colouring book is a novel way of engaging people of all ages in the story of Colmcille and all the illustrations have captions that explain the
relevance of the aspect of archaeological, built or cultural heritage and its associations with St. Colmcille.”

'Light of the Dove' event to mark birthday of St Colmcille

1,500 years since the birth of St Columba

Some of the heritage sites and places featured in the colouring book are Gartan, Lacknacoo, Templedouglas, Kilmacrennan, Doon Well, Gleann Cholm Cille, Disert, Toraigh Island, Ray Church and St. Eunan’s Cathedral in Raphoe. Many of the
heritage sites associated with Colmcille are archaeological monuments protected under the National Monuments Acts (1930-2004). Among the objects and archives featured are the Life of Colum Cille, the Cathach, the Book of Kells and the Book of
Durrow.

The County Donegal Heritage Office has been involved in a number of Columban heritage initiatives over the past year including the production of a bi-lingual audio guide on ‘St. Colmcille’s Donegal / Dún na nGall Cholm Cille’, a 3D virtual tour of Turas Cholm Cille in Gleann Cholm Cille and conservation works to Kilmacrennan Abbey and St. Colmcille’s Chapel at Gartan. Free copies of the colouring book available from libraries, the County Museum, the Donegal Education Centre, the
County Donegal Heritage Office and on-line at www.donegalcoco.ie/culture/heritage.