A selection of your Letters to the Editor 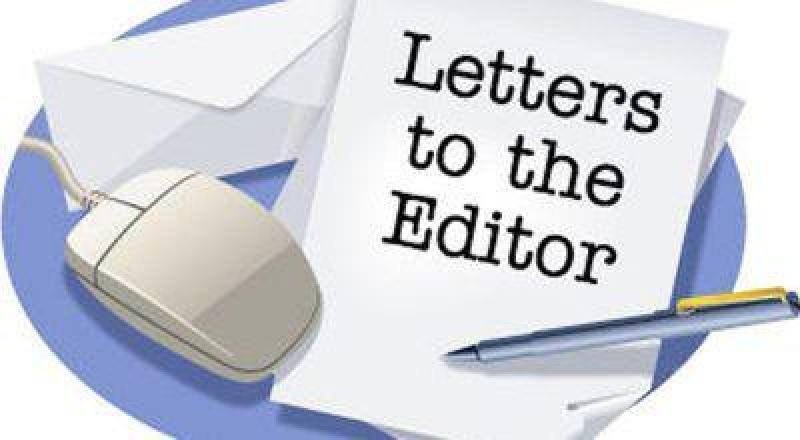 We carry our ‘Letters to the Editor’ in the Thursday edition of the Donegal Democrat each week.

Here’s a selection of some of the correspondence we received over the past couple of weeks.

If you have thoughts or an opinion you’d like to share, why not get in touch with us.

Contact details are carried at the bottom of this page.

Some facilities leave a lot to be desired

I had reason to visit the garda station in Letterkenny recently in order to have a form signed.

The sign on the door at the station explained that due to Covid-19 restrictions, only two people are allowed in the reception area at any given time.

As the rain poured down outside, I was lucky that there was only one other person in the reception area, and I was able to keep dry from the rain.

But the gentleman behind me in the queue was not so fortunate.

With no shelter available outside, I watched as he stood as close to the door as was possible, sheltering as best as he could as the rain battered down outside.

Eventually, he lost patience and came inside, visibly annoyed at being forced to stand outside in the rain for so long.

I was reminded of the incident this week when I took my car for its NCT.

The NCT centre has a waiting room for visitors, but in these Covid times, there is no other option but to stand outside and wait while your car is tested.

Fortunately, on the day my car was in for its NCT, the day was pleasant, and standing outside was not a problem.

But it does beg the question: Surely 20 months into this pandemic, NCT centres, garda stations, council offices and all other public amenities should have in place proper facilities so that visitors who must wait before being seen, can be suitably accommodated, rather than being forced to wait outside in the cold and the rain. It just seems wrong.

Name and address with editor

Despite all the difficulties we have faced close to home over the past year, it has been inspiring that so many of your readers remain steadfast in their commitment to help those living in poverty around the world - through their support for Christian Aid Ireland.

The arrival on our shores of the Omicron variant is another reminder of the need to vaccinate the whole world against coronavirus.

However, for millions of people around the globe, coronavirus is not the only - or even the worst - crisis they face.

Conflict and climate change are powerful drivers of poverty, and millions of people in countries such as Afghanistan and South Sudan have been caught between the effects of both.

Political instability in Afghanistan, combined with the worst drought in 27 years, have worsened the country’s hunger crisis.

We have all been moved by the heart-breaking scenes as starving Afghan families do all they can to try to feed their families. We have even seen the most desperate contemplate selling their own children to buy food.

Christian Aid has worked in Afghanistan for around 30 years and we are responding still, by providing food packages to some of the most vulnerable families.

And we are working hard to press governments to allow more humanitarian aid to reach those most in need.

I want to thank your readers for the sacrifices they make to share what they have with those who have so little.

Their exceptional generosity is bringing hope to communities struggling with the effects of coronavirus, conflict and climate change.

A heart-rending trawl of mixed emotions

It was a Christmas present for me, and I spent Christmas day engrossed in its content.

Yes, there were a number of times I had to leave the book down and go for a stroll around the house to regain my composure. This was due to the heart-breaking telling of his beautiful daughter Michela’s brutal murder while on honeymoon in Mauritius.

Mickey and his wife Marian’s daughter ,with her new husband John McAreavey, were by all accounts in the throes of sheer happiness as they departed on their honeymoon.

Unknown to all friends and family they would never see her alive again.

‘Devotion’ is a heart-rending trawl of mixed emotions, featuring a normal Irish family where the highs and lows of Gaelic football played a prominent role in everyday life.

In that mixture of life, from growing up in an accepted climate that normalised inequality and injustice, the Hartes like other families got on with living life as normal as possible.

That meant being stopped at numerous security checkpoints, whether it was to attend college, football or Mass.

Throughout it all, good times and bad, there was one theme that remained and has remained to this day, and that was Mickey’s relationship with God.

Without a strong faith in the afterlife, and help from named priests in the book, life would have been a much harder struggle in getting to where the extended Harte family are today after living through such harrowing trauma.

Mickey Harte, a teacher by profession, brought Tyrone football to the zenith of achievements by lifting the  Sam Maguire cup in Páirc an Chrócaigh three times under his guidance, a feat not to be sniffed at after 18 years at the helm.

Mickey is an ambassador of how to achieve fulfilment in life despite its many merciless pitfalls.

This book depicts an image that we should not take things for granted, be grateful for being able to live a decent life and be empathetic to those less fortunate.

‘Devotion’ is a book that projects positivity in the midst of a maelstrom of human suffering.

A man of vision for whom forgiveness was the way forward

The death of Archbishop Desmond Tutu will be met with sadness for  all who knew him and those of us who followed his courageous defiance of apartheid in South Africa.

He was first and foremost a man of vision but also one of deep religious faith who showed that forgiveness and reconciliation were the way forward.

He, along with another icon of that time, Neslon Mandela, had a vision for peace and one where equality and justice would be to the forefront of South Africa’s legacy.

A Nobel Prize winner he campaigned for Palestinian statehood and opposed his own church's opposition on LGBT rights.

He was dismayed and disheartened at how ANC leaders were corrupted by power but was unwavering when it came to the service of others.

A life full of conviction and determination and an insatiable need to  fight injustice wherever he saw it, he was a man of principle.

If you’ve got a view on a local topic, we’d love to hear from you. Email editorial@donegaldemocrat.ie or write to Letters, Donegal Democrat, Larkin House, Oldtown Road, Letterkenny, Co. Donegal. Please include your name and contact details.