Is a Fianna Fáil – Fine Gael merger a necessity? 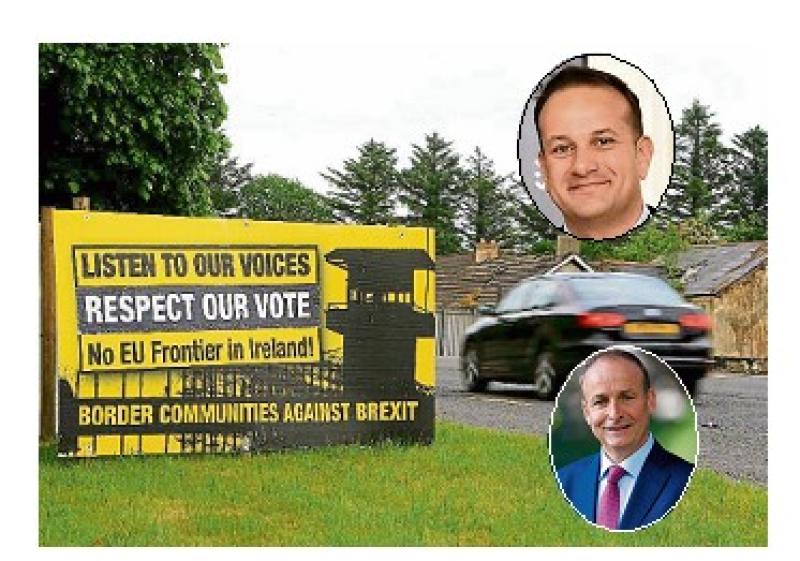 After four months of intense negotiations in the wake of the last general election a seismic event in Irish political life took place in mid-June 2020 when the leaders of Fine Gael and Fianna Fáil signed off on an historic deal to form a coalition government.
As the Guardian newspaper reported at the time this unprecedented decision ‘would bridge a century of rivalry’ between the two parties. It did indeed mark a watershed moment in our history.
Both parties emerged from the outworking of the Civil War. Fine Gael were ‘pro’ the 1921 Anglo-Irish treaty negotiated by Michael Collins to establish an Irish Free State – minus the six North-Eastern counties - and Fianna Fáil, led by Eamon deValera, opposed it on the grounds it partitioned the country.
In the civil war which followed the signing of the treaty it was stated ‘brother fought brother’ and the deep bitterness from that time ran through the succeeding generations.
But by 2020 that bitterness had all but dissipated. Irish society had moved on. Indeed, in more recent times pundits would have been hard pressed to point out any significant differences on the big issues of our times between, for example, Bertie Ahern’s Fianna Fáil government and that of earlier Garret FitzGerald administrations.
Both parties are at one in almost all social and economic policies, both moderate and right of centre economically. So, if ever a time was apposite for a merger this is it. The old arguments are over. 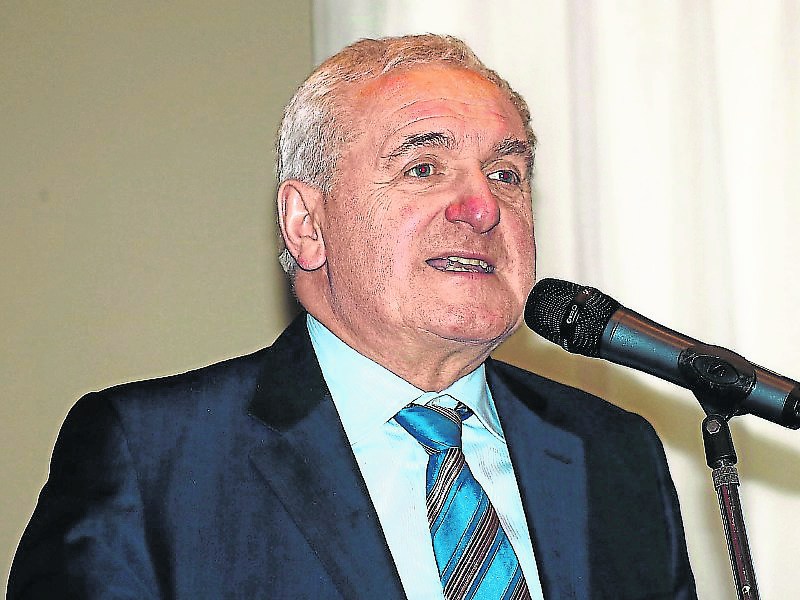 Their reasons to exist as separate identities have, basically, disappeared. It is logical, perhaps even vital for their long term survival, to merge as recent polls have not been great for either.
And by a strange irony both parties now, almost a century later, again have to address the same increasingly urgent issue that faced the leaders in the 1920’s – the partition of the country.
Demographics and Brexit have combined to frontload the ‘union or unity’ debate on to centre stage on this island.
The rapidly changing demographics are startling: four out of the Six Counties in the North already have nationalist majorities; Belfast is no longer a unionist city; unionists are also in a minority in the Stormont Assembly.
It’s a long way from the halcyon days of majority rule when prime minister James Craig could suggest NI would have ‘Protestant parliament for a Protestant people’ in perpetuity.
And Brexit has reignited and inflamed the ‘identity politics debate’ which had been dampened down to a large degree after the signing of the Good Friday Agreement.

Remain
The shorthand version here is that nationalists voted in 2016 to remain in the EU whilst unionists voted, by and large, to leave. The subsequent decision of the DUP to back the ‘hard Brexit’ option most certainly alienated the nationalist community who saw it, as the noted political commentator Susan McKay has pointed out, as an attempt to get a hard border back on the island of Ireland. That brought the border issue back on to the political hot plate.
One simple snapshot of how exercised the nationalists community became by all this can be ascertained by the fact that 1,500 ‘civic nationalists’ attended a ‘Beyond Brexit -The Future of Ireland’ conference in Belfast in January, 2019. It was said to be the biggest political gathering in the North this century.
All this has combined to change the political dynamics as the tectonic plates shift and grind. 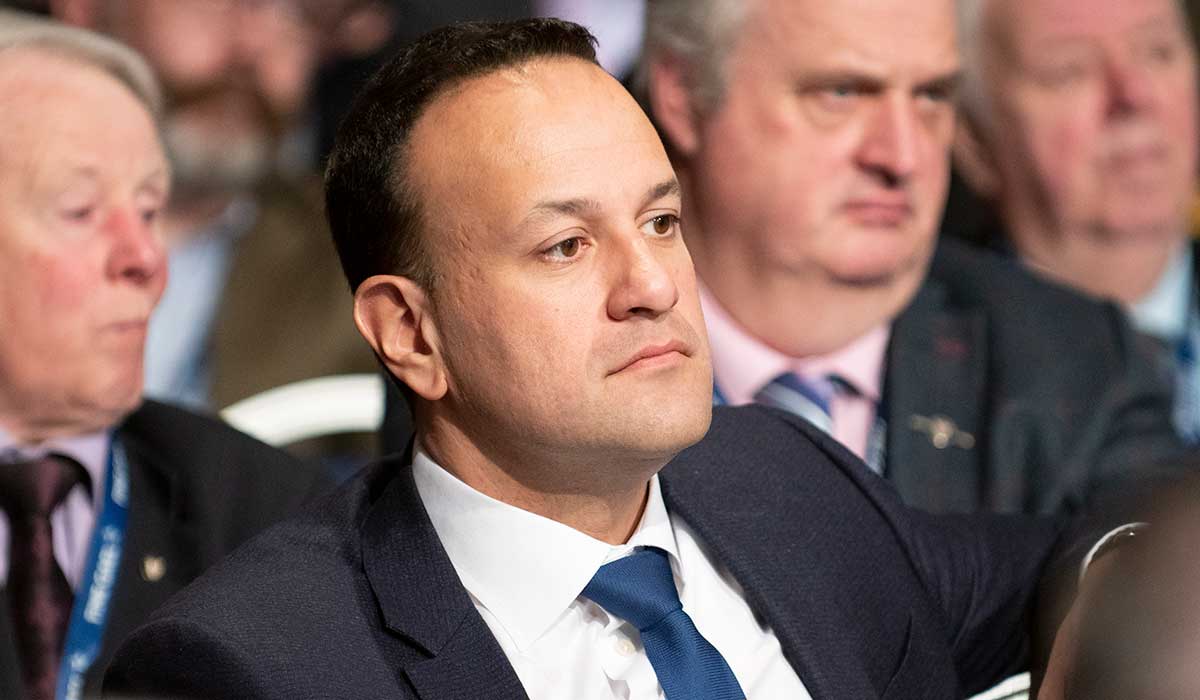 Writing back in July Professor Liam Kennedy, of Queen’s University, in a lengthy Irish Times article, suggested that Sinn Féin would be the wrong party to lead any national debate on unity as, he claimed, ‘a disavowal of past violence is an essential part of laying the moral foundations for a united Ireland.” Otherwise, he argued, how could unionists feel remotely secure?
Sinn Féin, it was suggested, was the biggest obstacle to Irish unity because, it is to be presumed, Professor Kennedy didn’t expect any such disavowal – much less the apology for the actions of the IRA.
By way of contrast, it could be argued that a merged FF/FG would be in a strong position to lead discussions in much the same way Bertie Ahern had led the Irish side at the Good Friday talks.
It would certainly seem there is considerable unanimity on the way ahead, that is if past comments by senior party figures are anything to go by.
Back in 2017 addressing the Oireachtas committee on the Good Friday Agreement Simon Coveney, the minister for Foreign Affairs, said he would like to see a ‘united Ireland in my political lifetime.”
Earlier this year the Tánaiste, Leo Varadkar, told his party’s Ard Fheis that a united Ireland could also happen in his life time, and that ‘no group should be able to veto it.”

Irish unity
Fianna Fáil senator, Mark Daly, has been to the forefront in leading calls for a plan for Irish unity.
In August 2017, he led an Oireachtas cross-party committee on the Implementation of the Good Friday Agreement which published a document entitled “Brexit And The Future Of Ireland: Uniting Ireland & Its People In Peace & Prosperity’. It contained 17 recommendations relating to a united Ireland. Among them was the establishment of a New Ireland forum to set a pathway to achieve the peaceful reunification of Ireland.
Daly said recently: “Absolutely none of the recommendations of the all-party committee have been implemented, this is a clear case of policy neglect and policy neglect seldom goes unpunished.”
Earlier this year Cambridge University hosted discussions on Ireland’s future. Fine Gael TD, Neale Richmond, told that gathering: “For those of us who aspire to a United Ireland, there is a huge amount of work before us. We must create a vision of a New Ireland that is better than what we have today for everyone borne out of the principle of consent.”
He added: “A truly United Ireland cannot be achieved without building trust between communities and so there is much work that must be done well in advance of any possible border poll. In order to create the space and mechanism for that, we must greatly increase engagement across this island and these islands; maximising the institutions of the Good Friday Agreement.”
Fianna Fáil’s Jim O’Callaghan, speaking at the same event, observed that a huge responsibility rests on civic groups, freed from the constraints of party politics, to propose, discuss and debate what this new country may look like and how it may operate.
“Voters must be informed in advance of any poll what type of political framework would be established in a new united Ireland. That requires proposals as to what would be the constitution of the new Ireland country.”
The old adage about failing to plan is planning to fail is worth pointing out here. And so far we seem to be planning to fail.
In his book “Beyond the Border” published in 2018 Richard Humphreys – a High Court judge in Dublin – observed that there were ‘comfortable southerners’ who despite signing up in droves in support of the Good Friday Agreement saw no reason to have any in-depth discussions about change even if a united Ireland might be hurtling down the track.
Humphreys was having none of this kind of woolly approach.
He stated that whether one wished for unity or maintenance of the union with Britain the ‘teasing out of the implications’ of the Good Friday Agreement should be something of ‘common interest’ to all on the island of Ireland. It was, he pointed out, of considerable importance.
Indeed it is. Article 3.1 of the Constitution declares that the State should have the aspiration to see a united Ireland, it (that objective) being ‘the firm will of the Irish nation.”
This article also indicates there is ‘a duty’ on the Irish government to pursue the goal of Irish unity.
Finally, Fianna Fáil and Fine Gael are in government now. While there have been the inevitable personality conflicts and party politicking as various ministers jockey for position there has been little evidence so far of any ideological fall out.
That could be down to the simple fact there are no longer any ideological differences. That really tells you all you need to know.