Do you know what this flag represents? 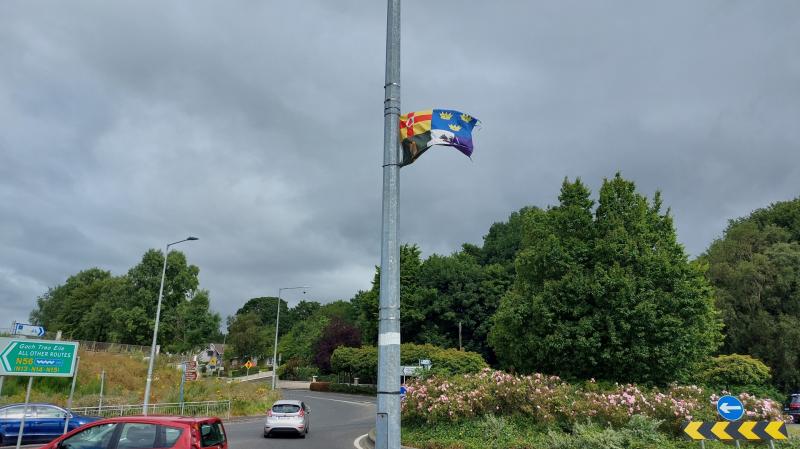 It’s a flag that’s been flying at different locations around Donegal for some time now.

But does anyone know exactly what it represents?

Well the many listeners to the Dermot and Dave Show on Today FM don’t seem to know.

The flag features the symbols of the four provinces of Ireland and it was the subject of much debate on Thursday morning’s programme with listeners reporting sightings of the flag on roundabouts, poles and motorways all around the country.

Here in Donegal, the flag can be seen at a number of spots around the county.

Listeners wondered if the flag was being flown to highlight the United Ireland campaign. Others suggested that it was an Ireland rugby flag.

Certainly Dermot and Dave were left puzzled by the flag - and they admitted that they hadn’t even noticed it themselves.

Whatever the flag represents, it’s got people talking - even if nobody seems to know what it stands for.