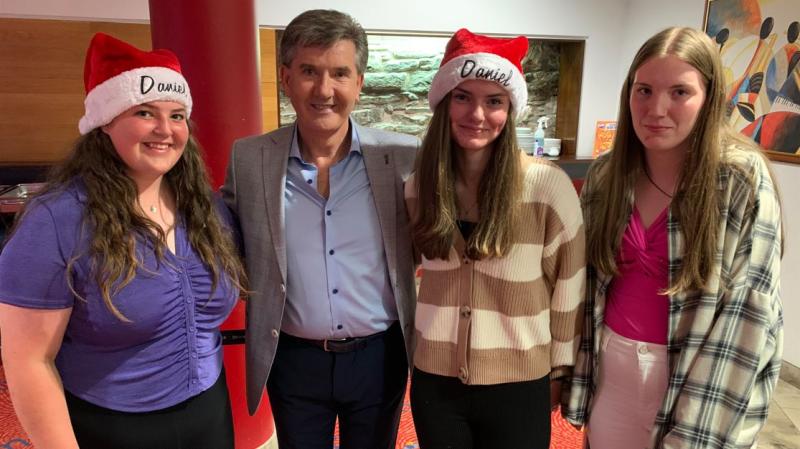 When Daniel O’Donnell played the first of his two sold-out shows in Derry’s Millennium Theatre on August 31 two young girls were so excited to mark his return they wore Christmas hats.

Amy Cullen and Aoife Gilles wore their festive headwear to the concert alongside their friend Molly McBride. The group hails from Cranford and were present at the first much-anticipated concert in Derry.

The girls had never met the singing star before and very much enjoyed his concert. The show was filmed for American TV and if the cameras captured the girls they might be making an early Christmas appearance in the US too.

Daniel now has a weekly show every Saturday night on RFT TV at 9pm Eastern time.