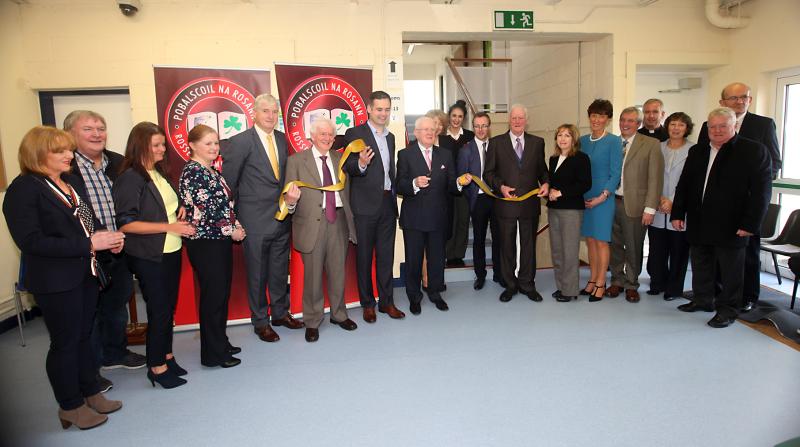 Rosses Community School officially opened an eight-room, €740,000 extension today that includes two new science labs.
The extension was opened officially by Pat “the Cope” Gallagher, TD and Leas Cheann-Comhairle, who cut the ribbon after a ceremony that included musical performances by a number of RCS students.
In his remarks, school Principal John Gorman credited the school’s students, saying they were, “some of the finest students in the country”. The secondary school has an enrolment of 465 students.
“This is really what it’s about, it’s about these young people,” Mr. Gorman said. He said students were “at the core of what we do”, and acknowledged the contributions of the school staff and teachers and former staff and teachers over the years.
Mr Gorman also acknowledged “a particular debt of gratitude” to former RCS principals Daniel Gallagher and Tommy McGee and former deputy principal Hugh Gillespie for, “the work they did in bringing this school forward”.
He said they brought the school to new heights, and “gave us a very solid foundation”.
In Mr. Gallagher's remarks before he cut the ribbon to officially open the extension, he said, “We have a fine school, a school that is the pride of the community”.
See Monday’s Donegal Democrat/Donegal People’s Press for more.