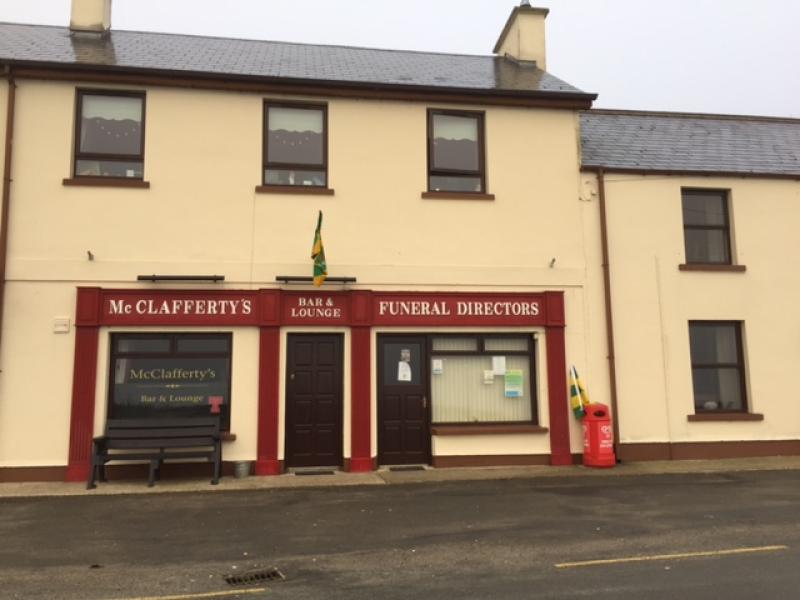 Tonight marks the end of an era for the McClafferty family as their family-run pub closes its doors after over a century.

The pub initially opened in 1892 and has been serving the people of Churchill and surrounding communities for 124 years.

The closure of the pub this evening, will mark an end of an era for the family, neighbours and surrounding communities.

The pub is owned by well known businessman, Charlie McClafferty, and he said that a number of reasons led to the closure of the well known establishment.

He said that he notices a change in the manner in which people drink since around 2000. He said that the smoking ban, a change in drinking culture and the recession all led to the closure of the pub.

Mr. McClafferty will continue with his undertaking business and he and his wife Mari will open an off-licence at 8 Pearse Road Letterkenny.