Paddy - the romantic reporter from Donegal who once had a roving eye!

When love was in the air for local journalist 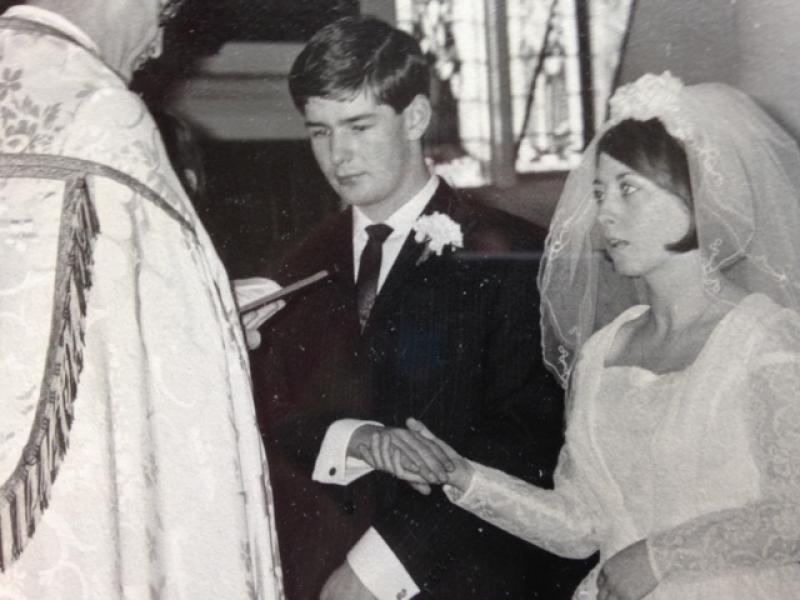 Many people can be cautious when it comes to proposing, but for one former Donegal People’s Press reporter, this wasn’t an issue as he told his wife he was going to marry her on the fourth day he met her.

Many know Paddy Clancy as a veteran reporter, a man who has worked the wires at home and in England and become one of the best known journalists in Irish media.

Few know the softer side of the man who has been known to write stories that have directed  the course of history, both here and in England.

Young reporter had a roving eye

Paddy Clancy sat on a bus going to Lifford, when two women came on the bus in Donegal town. One of the women, Bernadette Hanna, caught his eye. Paddy recalls that she got off the bus in Ballybofey.

Paddy continued on his journey to Lifford, where he would meet the chief reporter in the Donegal People’s Press, he had previously been working in the Sligo Champion.

He lost his voice and couldn’t speak

A few months later, Paddy was after returning from a tame affair at Fleadh Cheoil na hÉireann, when he spotted Bernie, once again, at a dance in Donegal town.

The brave reporter went over and despite the fact that he had lost his voice at the fleadh, made it clear to the beautiful Bernadette that he wished to dance with her.

“I had to whisper and for a while, she didn’t know what to make of me,” he said.

It was on their fourth date, that Paddy was certain that Bernadette was the one for him and he told her exactly that.

Marriage in Brighton and the first export of Hanna hats

The happy young couple got married in Brighton on November 11, 1967, a significant day which Bernadette’s father pointed out to Paddy, the anniversary of the date in 1918, that peace was called after World War 1.

This November they will celebrate their 50th wedding anniversary.

“Her father who was a tailor, started making a hats about a year before we got married and when he arrived at the wedding, he went down the street and went into a clothes shop and showed them his hats,” Paddy recalls.

An order was placed for a half a dozen of the wonderful hats.

That eventful day, marked a new departure for both Paddy and Bernadette and Hanna Hats, as that was the first time an agreement was made to export them and now they are exported throughout the world.