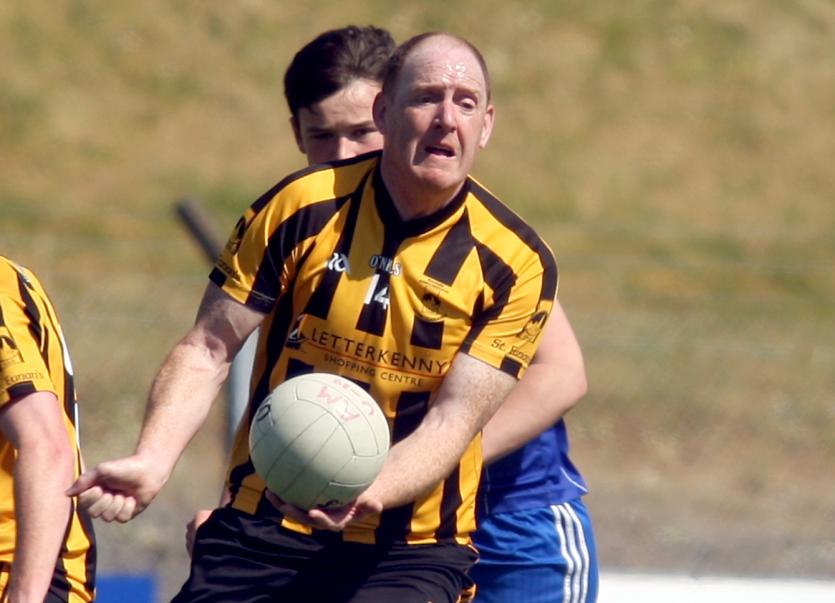 Hot pre match favourites St Eunan’s certain justified that tag against a gritty but severely depleted Four Masters in the arms of a lovely summer’s afternoon at Tir Conaill Park.
The Letterkenny lads had far too much power and panache against a side that badly missed Karl Lacey, who had to pull out of the action with a calf injury that could also be of concern to Rory Gallagher also.
But they were also minus the retired Michael Doherty and lost that great warrior Barry Dunnion after just 17 minutes.
And they also missed two great goaling chances in the opening half.
However this does not detract in any way from a controlled and cohesive display by St Eunan’s for whom 19-year-old Niall O’Donnell had a most impressive hour.
At the other end of the scale 40-year-old John Haran showed that there is loads of life in that formidable frame by hitting 1-2 in a very well contested opening half.
But the Cathedral Town’s all round athleticism and finish was most impressive.
However this match was effectively sealed for the winners in an explosive third quarter when Niall O’Donnell hit six points to effectively end Masters interest in matters.
And the remainder of the second half was a real canter in the park for the winners who were never really extended.
This was a thoroughly deserved victory for Eunan’s but a very well contested opening half painted a very different picture in a cracking 30 minutes.
For it was score for score for long periods with Four Masters debutant Thomas McGowan particularly impressive with two mammoth points from placed balls.
The impressive Leo McHugh got the Masters off the mark with a fine long- range point on the burst from play.
That signalled a stiff riposte from Eunan’s through three rapid- fire points from Haran, a great effort from the wing from Eamon Doherty and Conor Morrison.
Kevin Breslin for Donegal Town and Haran again swapped points before Thomas McGowan converted the first of his two very memorable long-range points.
It was frenetic end to end stuff and McGowan was desperately unlucky to see his flick from a long ball into the square, come back of the St Eunan’s posts with Letterkenny leading by 0-6 to 0-5 in the 22nd minute.
That close shave was compounded 40 seconds later at the other end when Haran was put through and calmly found the net.
The Masters had another great chance to get back on terms but wing forward Emmett Doogan’s shot flew across the face of the Eunan’s goal and wide in the 24th minute.
Niall O’Donnell then tagged on a few points to put the winners ahead by 1-8 to 0-5 at the interval.
And the second half was most one-sided with Eunan’s sub Paddy McGowan hitting four points after coming off the bench. 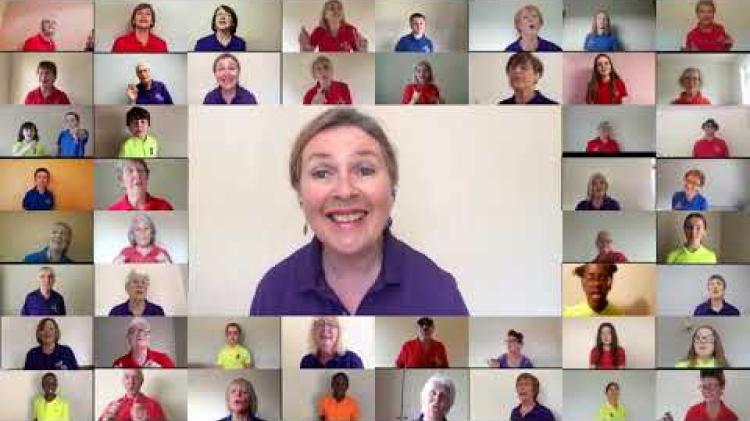