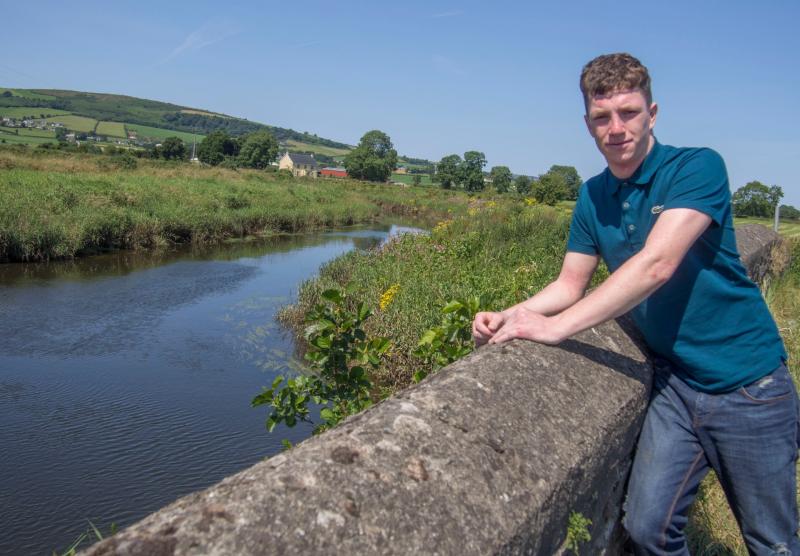 A young man who helped save the life of a woman when he plunged into dark waters close to Sully Bridge on Saturday night said he didn't think about the risk to his own life as he undertook the daring rescue.

On Saturday evening, a car containing two occupants plunged into waters close to the Sully Bridge in Lifford.

The married couple, Philip and Loreta McKinlay, in their 60's, who are from the local area, were the occupants of the car.

Brave Andrew Johnston, 21, was visiting the area at the time when he came across a man looking shocked and in disarray at the roadside.

When Andrew put his window down, the man immediately asked him if he could swim and the gravity of the situation hit the 21-year-old Armagh native.

Andrew jumped out of the car and made his way to the river bank.

"I'll never forget the sight that I saw when I got to the edge of the bank. The car was completely overturned, there was a male on the top of the car which was actually the bottom of the car," he told Highland Radio this morning

He described the male as having facial injuries: "There was a lot of bleeding around his face."

Andrew said he felt that his life wasn't at risk as the water wasn't that deep.

"The only risky bit was trying to get down into the car. You take the risk, someone's life is on the line," he said.

It took several attempts for Andrew to establish the whereabouts of the woman who was unconscious inside the car.

The male from the top of the car jumped down into the water and he and Andrew both used force to prise the car door open.

"That's when he came down off the roof himself, which was very courageous for him to do considering his situation. He did just as much as me in terms of getting her head above the water because that was the objective - to get some oxygen into her, but we pulled her up and her face was. She was unconscious. It wasn't a pretty situation," he said.

Andrew said that the aim for all concerned was to resuscitate the woman who had  been rescued from the car.

"I did anything that I feel anyone would have done and I feel the other male involved deserves to be commended for his efforts, without a shadow of a doubt, and I wish them both a speedy recovery," he said.

An onlooker threw a hose which guided the rescuers to the bank.

"We had to try and get her up from the water onto the side of the bank which wasn't an easy task because the bank was quite steep, it was wet and slippy," Andrew said.

Those gathered at the river bank had the paramedics on loud speaker who were guiding the rescue.

The woman is understood to be in a serious but stable condition in hospital.