They were returning home to Donegal from Dublin Airport after a holiday. 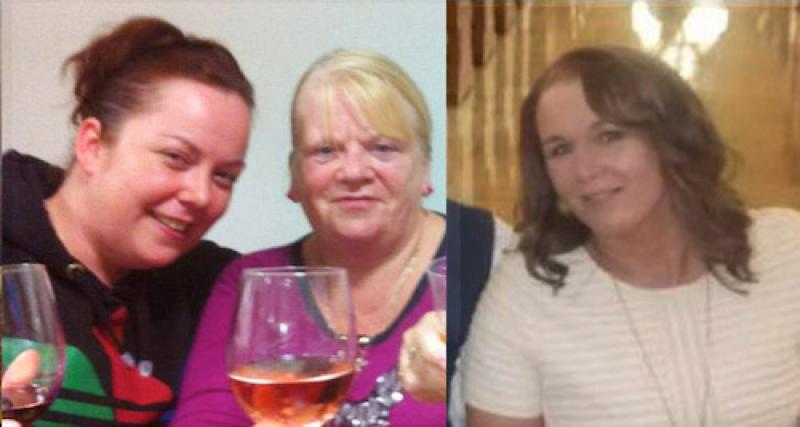 Mairead Mundy, Margaret McMonigle and Racheal Cassidy Battles who lost their lives in the three-car collision in the early hours of Friday morning

The three Bruckless women killed in Friday morning's three-car collision close to Ardee will be laid to rest on Monday.

The funeral mass of Margaret McMonigle (69) and her daughter Mairead Mundy (39) will take place in the Church of Saint Joseph and Saint Conal in Bruckless at 11 o'clock on Monday morning, with burial afterwards in the adjoining cemetery. Their remains will repose at the home of the late Margaret McMonigle at Ballyloughan, Bruckless from 5 o'clock this evening.

The funeral mass of Racheal Cassidy Battles will take place in the Church of Saint Joseph and Saint Conal in Bruckless on Monday at 2.30 pm, with burial afterwards in the adjoining cemetery. Her remains will repose from eight o'clock this evening at her late residence at Ballyloughan, Bruckless.

The three women died in a three-car collision which occurred on the main Dublin to Derry near Ardee at about one o’clock on Friday morning. They were returning home to Donegal from Dublin Airport after a holiday.

Two men were injured and were taken to Our Lady of Lourdes Hospital in Drogheda.