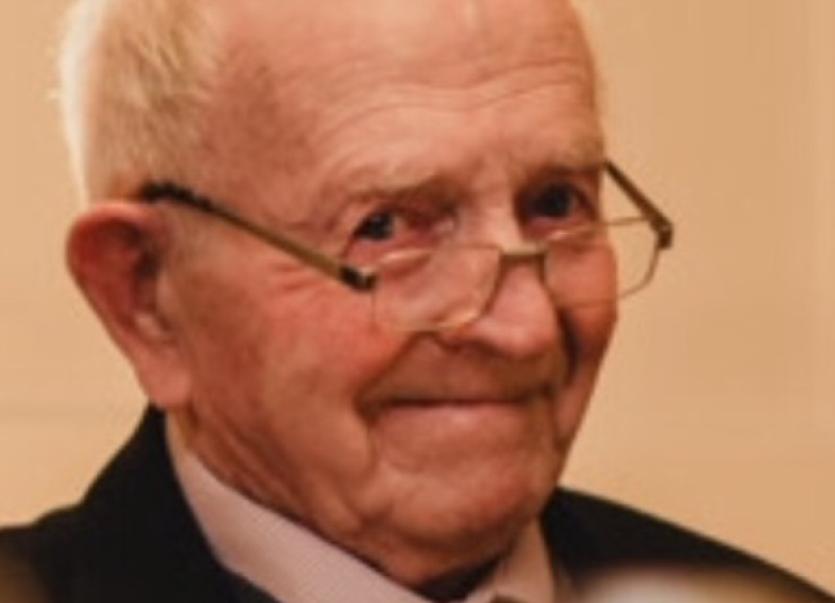 The death of Cormac Kelly of The Glen, Mountcharles has evoked widespread sadness over a very wide area.
The late Mr. Kelly was very well known, especially in the farming community. He was involved in the cattle business over a wide area of south Donegal and surrounding counties in the 1940s onwards, buying cattle for the export market, which were loaded on the train in Mountcharles every morning at 8.30.
Born in March 1922, he was just shy of his 96th birthday, when he passed to his eternal reward earlier this week. He had enjoyed very good health and was still active around the farm, which he had bought in The Glen in the 1950s, moving out from Mountcharles Town where his father had a butcher shop.
A great raconteur, many of his stories were recounted to Brid Ward for her recent book, 'Voices from South Donegal'. Cormac was an able sportsman in his youth, tennis being one of his many sports which he engaged in. He had a great recall of sports events and was a proud man when Joyce McMullin brought the Sam Maguire to his house after Donegal's All-Ireland win in 1992.
He assisted the local club, St. Naul's by providing some land when they were developing their facilities at Gerald Gallagher Memorial Park.
He married Maureen Begley, a native of Dingle, in the early 1950s and they built a home in The Glen, rearing four boys and one girl.
The esteem in which the Kelly family are held was evident with the large number who attended the wake and funeral. The funeral Mass was celebrated in St. Mary's Church, Killymard on Tuesday and afterwards his remains were laid to rest in the adjoining graveyard.
Cormac was predeceased by his wife Maureen and by his son, Joseph. He is survived by daughter Mary (Stillorgan, Dublin); sons Michael (London), Cormac (The Glen) and Sean (Dromore Lower); son-in-law, Patsy Grogan; daughter-in-law, Mary Kelly; grandsons Conor, Neil and Enda Grogan; friends and relatives.
May he rest in peace.