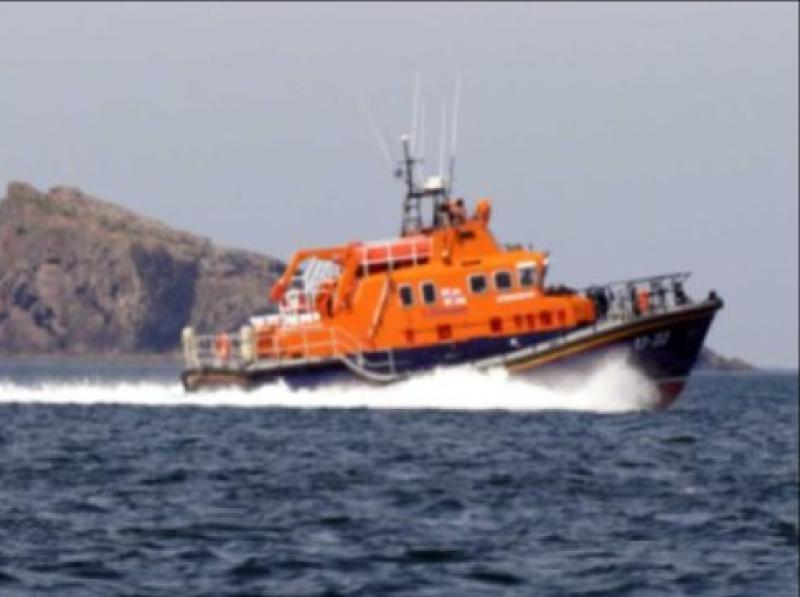 The Arranmore RNLI Lifeboat takes to the high seas

Dungloe and the Rosses will be out in all its finery this Saturday night for the annual Waterfront Hotel, charity gala ball.
The event, which is in its second year, will once again support the Arranmore RNLI Lifeboat, one of the charities to benefit from the ball. The other benefiting charity is Cancer West in Letterkenny.
The event is being sponsored by PJ Boyle Construction and the Inis Spa and Wellness based at the hotel.
“We raised €25,000 last year and all that went to the Arranmore RNLI Lifeboat. The sponsor paid all the expenses,” a hotel spokesperson told the Democrat.
“We are having another draw again this year and we have some fabulous prizes. They are all sponsored and we really appreciate the support we are getting from all those businesses and people that are donating the prizes.”
This year’s ball will be in the form of a cabaret with entertainment provided by Cloud and Cúigear.
The tickets are costing €50 or a table of ten can be purchased for €450 and are available from the hotel.
It begins with a drinks reception at 7 pm with dinner served at 7 .30 pm.

Regatta
Meanwhile, Dungloe is going to be a hive of activity with the running of the annual Tráinghéanach Regatta over this Saturday and Sunday.
The regatta is sponsored by the Waterfront Hotel and is run to coincide with annual charity ball.
One of the feature competitions of the regatta which is run in Dungloe Bay is the Cogadh na gClann race. It's on Saturday afternoon.
The regatta concludes with a celebratory barbeque in the Waterfront Hotel, on Sunday. The barbeque runs from 4.30pm to to 6.30pm with all the funds raised going to the two charities.