Maghery Band come out on top in Derry City

The band won their section in the competition 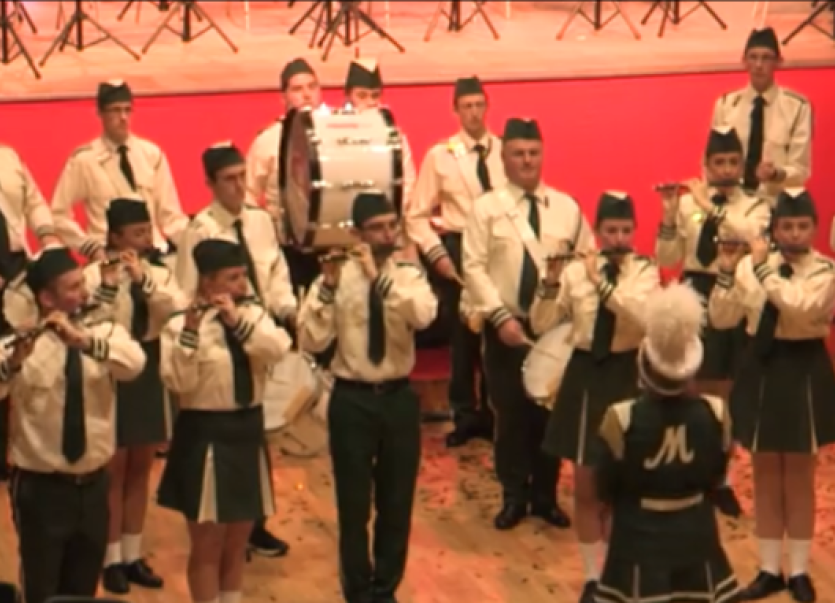 Magery Fife and Drum Band, the reigning All-Ireland champions, were on the winning podium again last weekend in Derry.
The four-in-a-row All-Ireland champions who were first time entrants in the Churchill Flute Band Entertainment competition in Derry City swept before them to win the melody and entertainment section of the competition.
“It was our first time in the competition and we were invited into the competition by the Churchill Band,” Karl Doherty Maghery Fife and Drum Band musical director told the Democrat.
“It was indoor in the Apprentice Boys Memorial Hall and was on stage which was completely new to us because we are a marching band and we normally are out doors.
“There were six bands in our section and we were really delighted to come out and top and win. The organisers were very nice to us and we had a really lovely day and it was a whole new experience being on a stage and competing against other bands that we never competed against before.
“It was interesting too because it was a musical contest rather than a marching band competition which is what we are normally used to.”
It is understood the organisers had become aware of the Maghery Band through Facebook and had watched a video of them competing at the Dungloe Easter Sunday band competition.
“We put up a video marching at last Easter Sunday’s competition in Dungloe and it went viral.
“So far it has 54,000 hits. “The Churchill committee organisers of last Saturday’s competition saw the video and so they invited us to take part as a crossborder initiative.”
Maghery Fife and Drum band won a fourth in-a-row All-Ireland during the summer at the All-Ireland Fleadh in Drogheda.