The Donegal Mountain Rescue Team has said it will not be able to cope financially if this winter is as severe as last year’s.

The Donegal Mountain Rescue Team has said it will not be able to cope financially if this winter is as severe as last year’s.

The voluntary organisation had 74 calls last year in its busiest year since its founding in 1984. More than a third of those calls were during the height of the severe weather, from Novermber 27th to December 31st and the group has said it will not be able to provide the same service as last year if the winter puts the same demands on the service.

The group is now seeking extra funding to keep providing the service and this week gave a presentation to Donegal County Council seeking financial aid. Councillors said the request can be submitted for discussion at the budget meeting in December.

DMRT receives government funding through the Irish Coast Guard that is down 62 per cent and the group will have to have to raise 30,000 euro from the public for next year. The group is run entirely by volunteers and last year had running costs of 42,166 euro which is a 195 per cent increase on 2006. Each call out costs 546 euro. It has 22 members, 15 trainee members and three assoicate members.

The group is due to have a meeting with the Gardai to discuss plans for this winter. Team lead Joe Pond said the question has to be asked whether the army, civil defence and Irish Coastguard could be used more and take the pressure off mountain rescue. The call outs last winter included helping midwives, taking casualities to hopsital, taking food and supplies to familes in remote areas and moving elderly people to nursing homes. Each call out took on average five hours to complete.

He said the increase in visitors coming hill walking in the county has increased the demands on the service.

Addressing the council members he said all everything the volunteers do is completely voluntary and last year 5,511 hours went into call outs training, operations and fund-raising - without taking into account time spent on administration. “For each volunteer there is a cost. He has to pay for everything that he stands out in. That costs 600 euro per year, per person, saving the taxpayer 24,000 euro a year.”

Deputy Mayor Barry O’Neill said the work of DMRT cannot be underestimated and Donegal County Council should be giving serious consideration to funding the group.

Cllr. Frank McBrearty Jnr said the council should look at the budget to try to give some further ass to the group. “We should as a council find some extra money to assist them. The importance of the service lies in the fact we are advertising Donegal as a beautiful mountain county.”

Cllr. Gerry Crawford said what is not widely known is the training and commitment that goes into the service. “Tourism in remote areas is what attracts people to remote parts of Donegal. The funding is of crucial importance and each individual member can make a donation if they wish from the members development Fund.”

Cllr. Terence Slowey Donegal is a Mecca for walking and DMRT are an integral part of that.

Cllr. Marie Therese Gallagher said DMRT was a victim of its own success. “The more of a service you provide the more funds you have to raise. The more help you can get the easier is to fund raise.” She suggested that cross-border funding might be available.

Cllr. John Boyle the group would not have come to the council unless it was necessary. “There are people who found themselves in precarious situations that would be dead if it had not been for the service.” 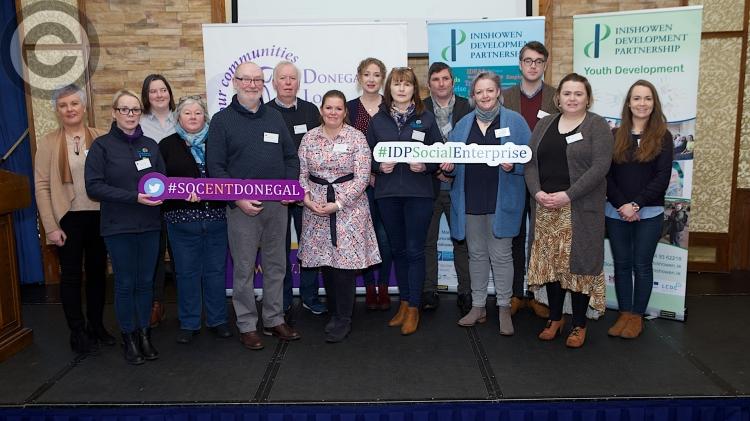