Five Donegal schools have been selected for the scheme 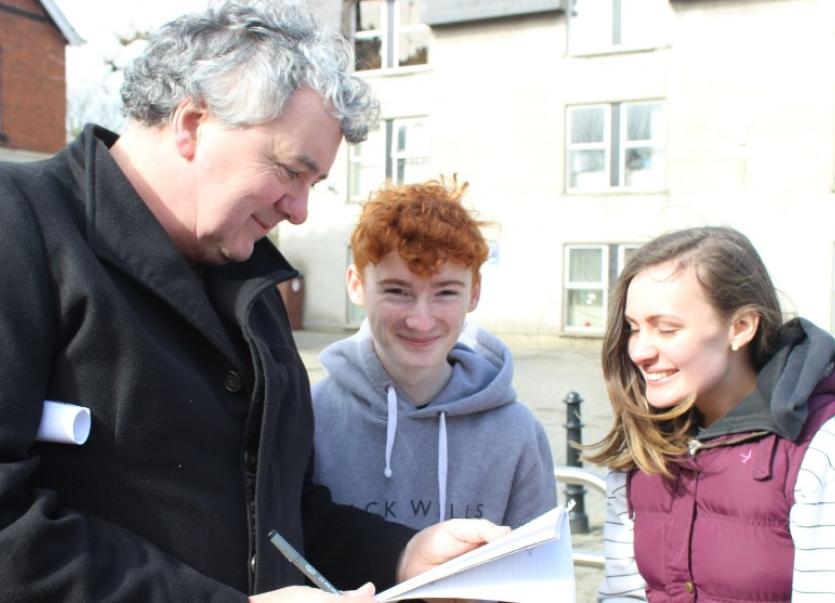 In all, five Donegal schools have been chosen for what is a pilot energy saving scheme. The five, are Pobalscoil Ghaoth Dobhair, Doire Beaga, Gaelscoil Adhamhnain and Loreto Secondary School,in Letterkenny and Scoil Mhuire and St Oran's NS,in Buncrana.

They will share the €7 million fund targeting energy use reduction by 33%  with the 12 other schools from around the country that have also been selected for the project.

Their selection has been welcomed by Donegal TD Thomas Pringle who had a Fossil Fuel Divestment bill passed in the Dail last year and who joined students from Inishowen on a climate protest outside County House, in Lifford, last week.

“More investment is needed so that schools and public buildings can generate renewable energy, not just reduce it,” insisted Mr Pringle.

“I’m delighted to see that five schools in Donegal will receive funding under this project in an effort to reduce energy consumption.”

Mr Pringle feels if the minister was serious about addressing climate change more funding would have been provided to ensure schools can generate renewable energy.

Renewable energy, they can  sell onto the grid and provide much-needed funding. Mr Pringle went on to say that he was delighted the scheme.

But he also told of the time he went to visit a school in Tipperary that had heat to heat exchangers. But the Department of Education could not see the benefit of renewable energy generation and the potential of schools selling back energy onto the grid.

“In terms of infrastructure we are way off course in transitioning schools and public builds to rely on renewable energy sources.

“Schools are important institutions in our communities and have already fostered future leaders as the younger generation begin to take on campaigns calling for greater climate action.

Students from schools across Ireland and across the globe have been partaking in climate strikes demanding that Governments act now on climate change, in recent weeks.

“This week I hosted a number of students from Inishowen who had organised a climate strike in Lifford a few weeks before and who presented to the Climate Action Committee which I am a member.

Deputy Pringle said it was clear to those students that Fine Gael do not have climate action as a priority and are not responding adequately to the threats of climate change.

While he welcomed the announcement deputy Pringle said he would urge the Minister to seriously rethink the limited scale of the scheme and consider providing funding to transform energy infrastructure in this country that truly reflects the need to transition to a low carbon economy.