Surfing the waves - on air and sea 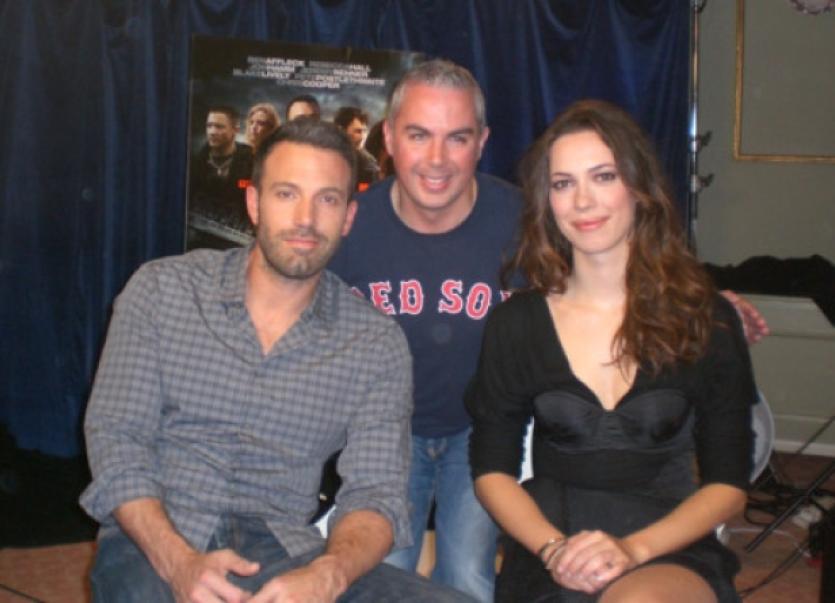 Shane Smyth, a 35-year-old native of Bundoran has made a great name for himself since he returned home to Donegal after years working in the Big Smoke. He’s presenter of Ocean Drive on Ocean FM and was recently appointed Tourism Officer for Bundoran. On top of that, he’s PRO for Bundoran RNLI, handled all the media for Eurosurf Bundoran and has just taken on the role of PRO for Donegal branch of the Irish Water Safety Association.

Shane Smyth, a 35-year-old native of Bundoran has made a great name for himself since he returned home to Donegal after years working in the Big Smoke. He’s presenter of Ocean Drive on Ocean FM and was recently appointed Tourism Officer for Bundoran. On top of that, he’s PRO for Bundoran RNLI, handled all the media for Eurosurf Bundoran and has just taken on the role of PRO for Donegal branch of the Irish Water Safety Association.

Busy as he is, Shane reckons his life is relatively easy. “My father was from Drumkeerin. Both he and Grandad worked in the Arigna mines. I push buttons and talk for a living!”

Shane also appreciates how lucky he is, being paid to do what he loves. “I always wanted to work in media for as long as I can remember. I’d be watching the 6 o’clock news and wonder where the newsreader’s legs were – that sparked an interest in studios and seeing how things worked behind the scenes. From the age of around 7 or 8 I was, unknown to myself, preparing myself and focusing for my career.

“A story that mum tells every so often is that I was always inquisitive about plugs. One day we were in McElhinney’s in Ballybofey and all of a sudden the lights went off. Lo and behold, there I was, having followed a cable behind a counter, with my finger on the switch.”

Shane grew up in Bundoran where he attended St Macartan’s, under principal Joe Roarty first and then John Campbell.

Then he went to Ard Lughaidh. “We were the last year out of there before the VEC took it over in 1994. Little did I know that my first ever outside broadcast for North West Radio when I went to work there was going to be outside my old school four years later.

“Oddly enough, my first outside broadcast for Ocean FM when I started there last year was also outside my old school – a strange coincidence.

“By the time I was in my Leaving Cert class, I was doing work experience at the newly established North West Radio in Sligo.”

Shane went on to earn a BA Hons. degree in media production and managment at Senior College, Ballyfermot in Dubln. “It’s a small college but one that has churned a lot of household names on TV and radio today, such as Aidan Power, Ryle Nugent and Today FM’s KC.”

He also managed to pursue his interest in TV. “My uncle worked at RTE. He was working on the Beat Box with Ian Dempsey one Sunday morning and brought me into watch the show. Someone hadn’t turned up for a review segment and they put me on the air to read out some letters that had been written to the show. They asked me back a few months later and gave me four slots on one show which they dubbed ‘Red Letter Day’.

After college, Shane produced ads and hosted the afternoon Goldmine show at Northwest Radio in Sligo. “The weirdest interview I ever remember doing was with a guy who, with his wife, used to drive around in a giant Cadbury’s crème egg! I don’t think it would pass the NCT today!”

“Dublin was where I really cut my teeth in radio programming . I worked with some of the most respected programmers in the world – guys who had been with stations like Capital and Heart in London as well as countless stations in the United States and Australia – one guy also consulted Oprah Winfrey! I was really privileged to work with and learn from these guys.”

Shane recalls chatting with Ben Affleck and Rebecca Hall the morning after the Dublin premiere of The Town. “I was sitting outside waiting to go in to talk to them when Ben’s minder noticed I was wearing a Boston Redsox tee shirt with a shirt over it. He told me to take off the top shirt. Ben’s eyes lit up when he saw the Red Sox tee shirt and I got a great interview from him!”

Shane stayed in Dublin for eleven years but came back most weekends and, after making a radio documentary about the RNLI, asked what more he could do to help the Bundoran crew. He ended up being appointed Volunteer Lifeboat Press Officer for Bundoran RNLI.

Then Eurosurf Bundoran happened. “What I thought when I ‘volunteered’ at a meeting in January 2011 was that I would just be writing a few press releases. It turned out to be a lot more than that. It was a huge PR and logistics experience which I really enjoyed.

“By the time Eurosurf was over in October, I went back to my paid job in Dublin but there was a void there. I knew it was time for a change and I handed in my notice, in the middle of a recession, and came back to Bundoran at Christmas 2011.”

Shane also got involved with the Irish Water Safety Association, first taking classes and then instructing. This led to his recent appointment as Volunteer PRO for the IWSA in Donegal.

In his spare time, he did PR for the Belle of Bundoran, helped to organise the Bundoran Lifeboat Soapbox Race, competed for Donegal in the Surf Lifesaving Pool competition, produced and hosted “In Bundoran” mini web based reality series and run the Cara 10 mile race.

Shane’s excited about his recent appointment as Bundoran Tourism Officer. “Talking about Bundoran is something that I love to do and had been doing a lot anyway. The passion is definitely there.

“The big selling point for Bundoran this year will be Waterworld, which is re-opening this Easter after a massive 1.6m euro redevelopment. We’ve five new attractions including a galleon ship slide, a 3-lane multislide and a gravity speed slide. “Bundoran’s now got one of the very best all-weather facilities in Ireland. I’m thrilled to be coming is as Tourism Officer for Bundoran at a time when such a great attraction for toddlers, kids and adults is being opened.

“Surfing and other outdoors activities will continue to be big selling points too. People surf all year round and we’ve facilities like Donegal Adventure Centre in addition to the water-based activities. And there’s Turf n Surf’s bio- carting, plus golf, horseriding, walking, golf and cycling. Not to mention the incredible scenery, great pubs, hotels and nightlife, and friendly people!”